Distribution and bionomics. This species is known from Costa Rica and Venezuela ( Fig. 19B View FIGURE 19 ). In Costa Rica, specimens were collected with an aerial net along the margin of a narrow stream where pools had formed, at 340 m, during the dry season (February), in a life zone corresponding to Premontane Wet Forest. They were collected together with an adult male D. woodi   . The type locality at Maracay, Venezuela is at 68 m.

Taxonomic discussion. The male and female of this species were associated by their similar pigmentation pattern and were collected together in the same habitat. The internal structures of the male genitalia are pale in this species and we were only able to identify the parts with difficulty. The exact shape of sternite10 may be incorrect because it was pale and difficult to discern.

Several features of D. venezuelensis   are unique in Central America: R2+3 has a short base, the clypeus is very elongate, the scutellum is yellow and contrasting with the dark mediotergite (Lane’s postnotum) and the dorsal portion of the anepimeron had a distinctive dark spot (Lane’s mesepimeron).

Lane described the male holotype, female allotype and two male and two female paratypes .. We examined the holotype, allotype and one male and one female paratype. It is uncertain where the remaining two paratypes are located. All type specimens were originally on pins (with the genitalia of the male paratype placed in balsam on a celluloid strip) and are now on slides. The type specimens were labeled “ venesuelensis Eds., 1941   ” even though Lane (1942) named this species D. venezuelensis   as a new species.

Derivation of specific epithet. This species is named for the country where the type locality is situated. 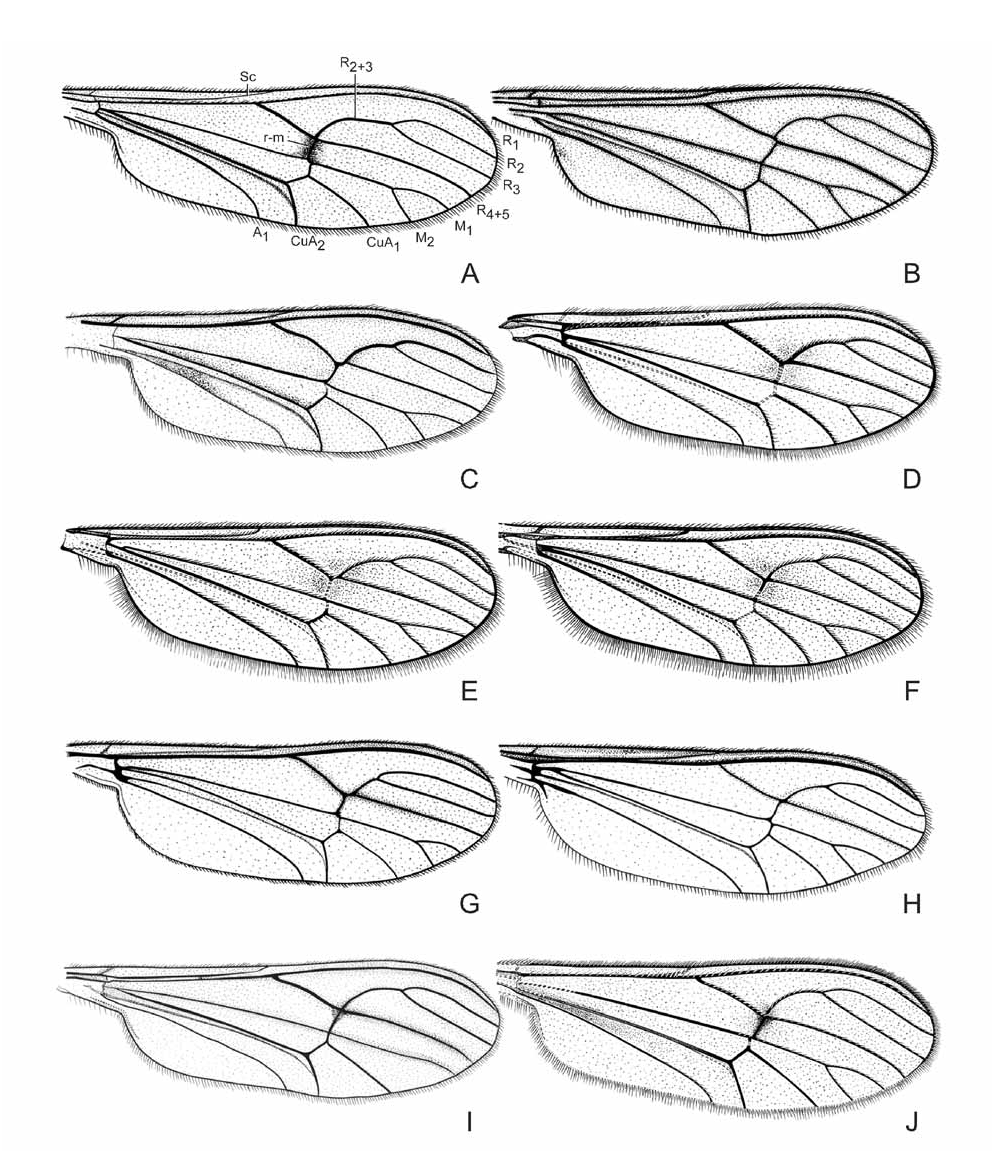 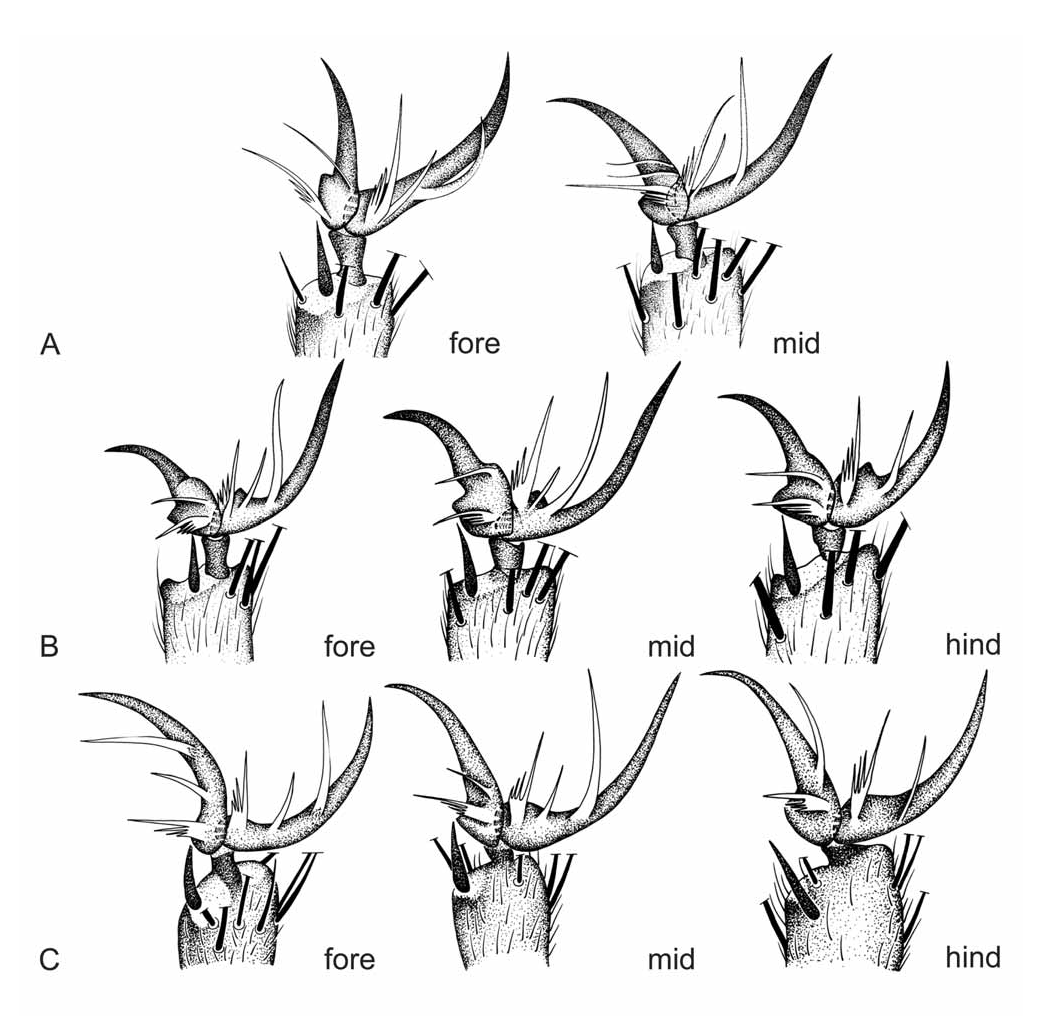 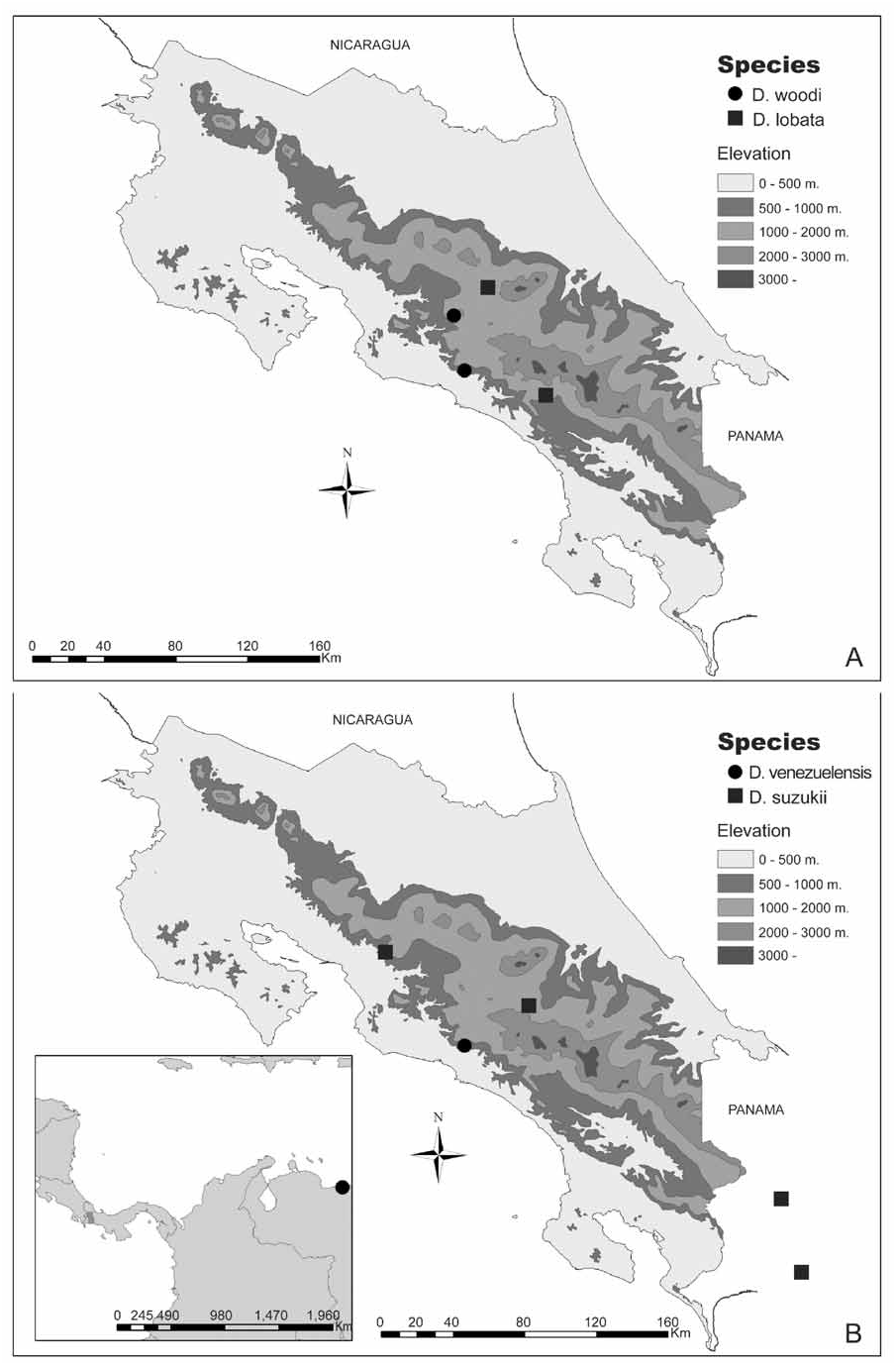