Three pieces contain the remains of spiders, none of which could be identified to family level. AMNH WH-3B is a small (0.80 mm body length), complete juvenile lying next to a male chironomid, the cuticle of which is mostly cleared but with some decayed internal tissue visible (fig. 7D). AMNH LC-D7 (0.84 mm) is a different taxon, having considerably longer legs, which are folded and cover the ventral surface of the cephalothorax (fig. 5F). The entire dorsum and a portion of the anterior end of the spider are obscured by a dark mass; the opisthosoma is shriveled. AMNH LC-B3a, b is in two sections (A, B), both from the same piece, each containing a distinctive mesh of fibers that form a rounded structure some 5 mm in diameter (figs. 5A−E). The individual, fine strands are uniform in thickness, many of them woven and cabled into thick fibers, all interconnected into a mesh lying in several concentric layers. The interior of the rounded structure is empty. This is clearly the silken cocoon of a terrestrial arthropod, probably that of a spider. Many spiders form spherical cocoons around their egg masses (which they may carry or suspend from a web), or hemispherical ones (woven to a substrate), and the structure of the fossil silk strands conforms to that of spiders. No remains of eggs or spiderlings occur in the cocoon. Fossilized spider egg sacs are exceptionally rare, even in amber from prolific deposits.

The fossil record of spiders extends to the Devonian and has been reviewed several times (e.g., Selden et al., 2009; Selden and Penney, 2010; Dunlop et al., 2018). Spiders are abundant and very diverse in the major amber deposits of the world, from the Early Cretaceous to the Miocene, allowing conclusions that many (most?) modern families are Cretaceous in origin, and that spiders were hardly affected by the end-Cretaceous extinctions, at least at higher-taxon (e.g., family) levels ( Penney et al., 2003). 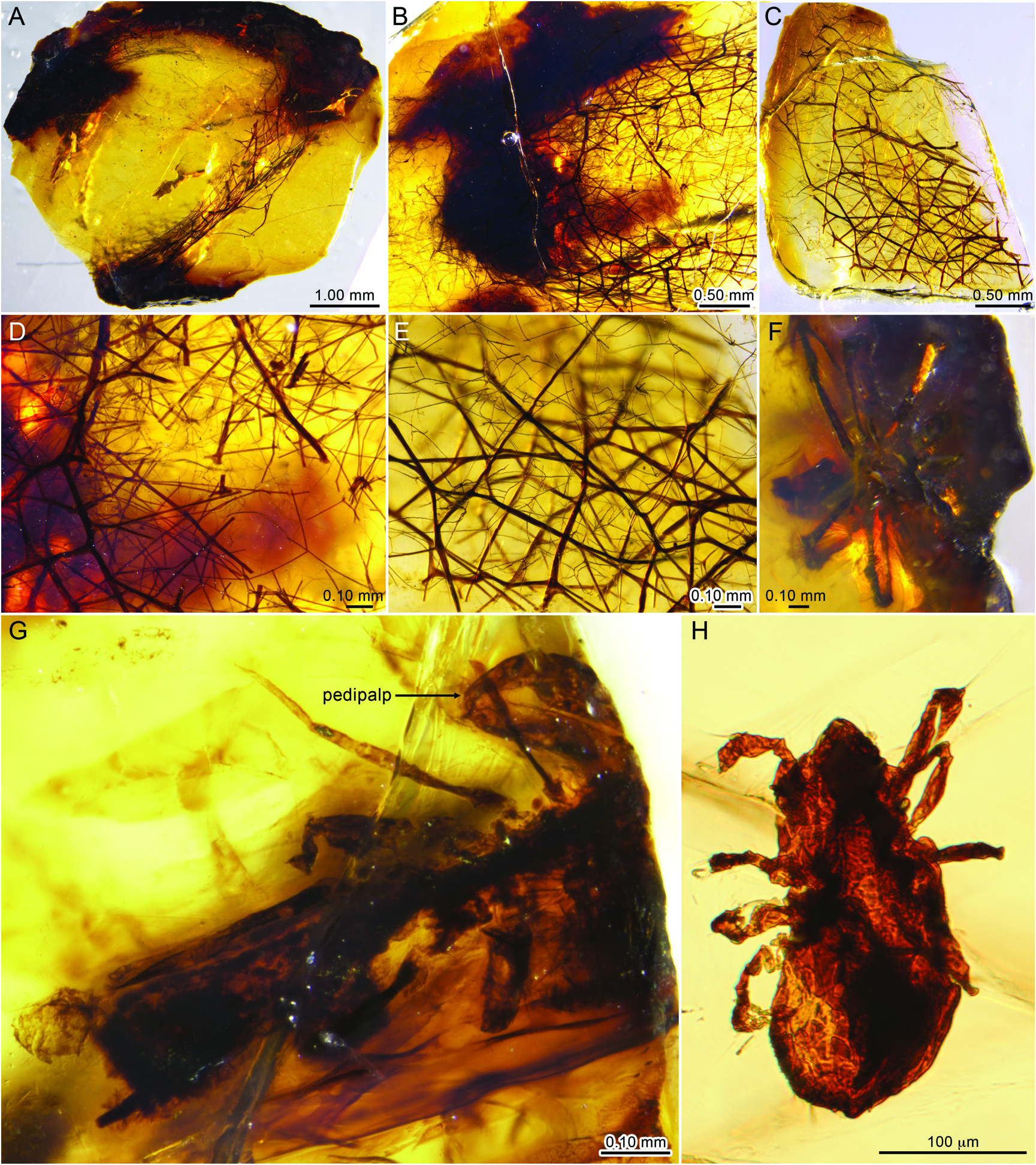