Addenda to the original description of the holotype based on specimens from Tambopata and dissected male terminalia.

Comments. Lamas (1973) synonymized C. carrerai   with C. maya   . He analyzed the holotypes of both species and concluded they were conspecific, although he observed subtle differences in the shape of the femoral swelling (shallower and almost inconspicuous in C. carrerai   ) and on the distal process of the epandrium (more pointed in C. carrerai   ), but regarded these differences as individual variation. Ctenodontina maya   and C. mochica   have more morphological differences in their external morphology, while C. maya   and C. carrerai   are much more similar. This may have led Lamas (1973) to recognize both as conspecific.

After examination of the holotype of C. maya   and the original description and drawings of C. carrerai   , we concluded that the synonymy proposed by Lamas (1973) is unwarranted and thus we revalidate the status of Ctenodontina carrerai   stat. rev.

Distribution ( Figure 8 View FIGURE 8 ). Peru, departments of Junín and Madre de Dios. Ctenodontina carrerai   is a common species at Tambopata, sympatric with C. nairae   ( Fig. 6 View FIGURE 6 ), the latter recorded as Ctenodontina sp. 1   by Fisher (1985) in his work on asilids from Tambopata Reserve, where he also recorded C. maya   . However, material determined as C. maya   by Fisher was not found at MUSM, nor were additional specimens of C. maya   from this locality. Thus, it is possible that Fisher’s identification of C. maya   may correspond to specimens of C. carrerai   based on the synonymy proposed by Lamas. In Peru, C. carrerai   seems to be restricted to lower elevations than C. maya   , as at Tambopata (~ 400 m), although the type specimen was collected at an altitude of approximately 600 m in the Chanchamayo Valley in Junín.

Unfortunately, the type specimen of C. carrerai   is considered lost. In two recent visits (2015 and 2017) to the Museu de Zoologia da Universidade de São Paulo ( MZUSP), the type could not be found   . 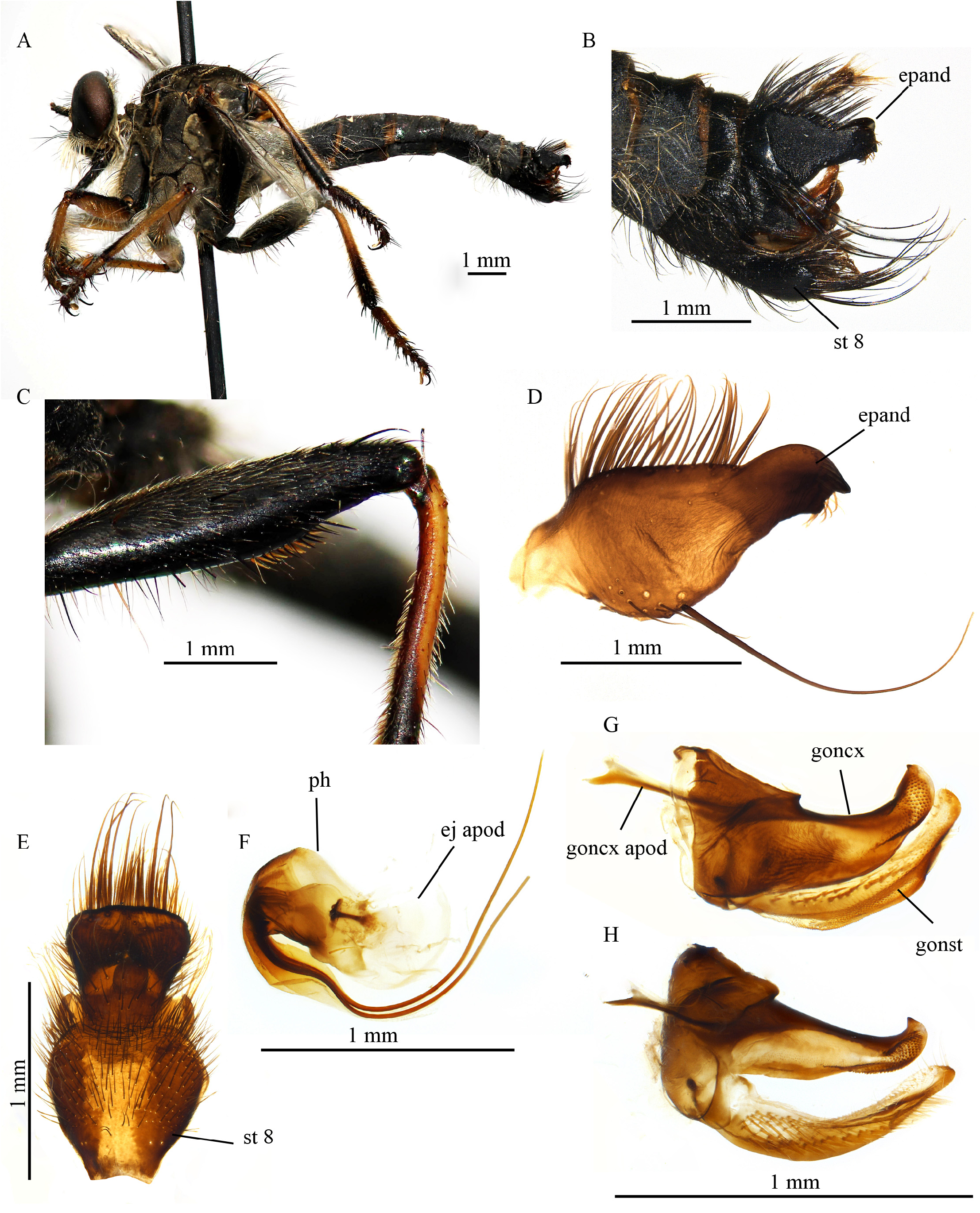 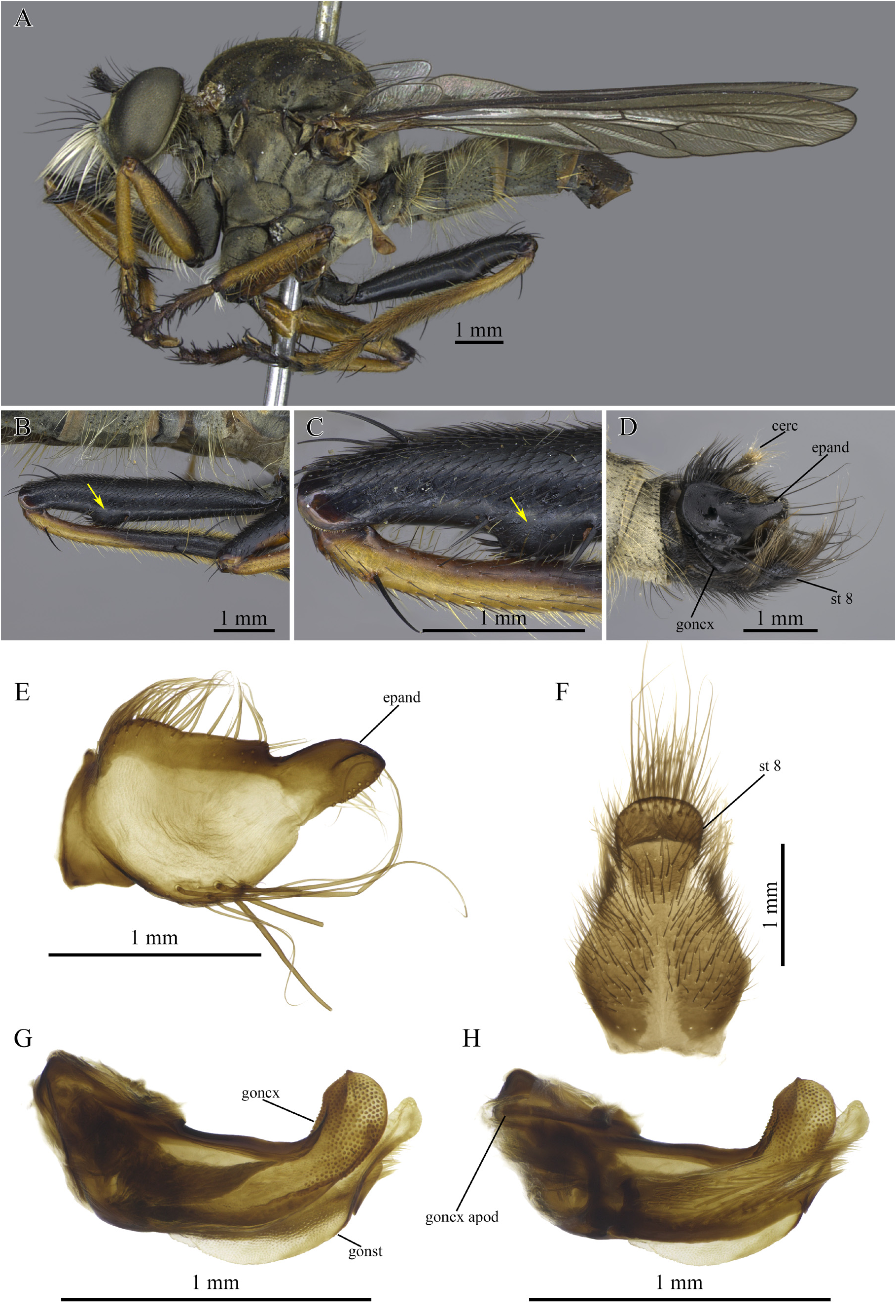 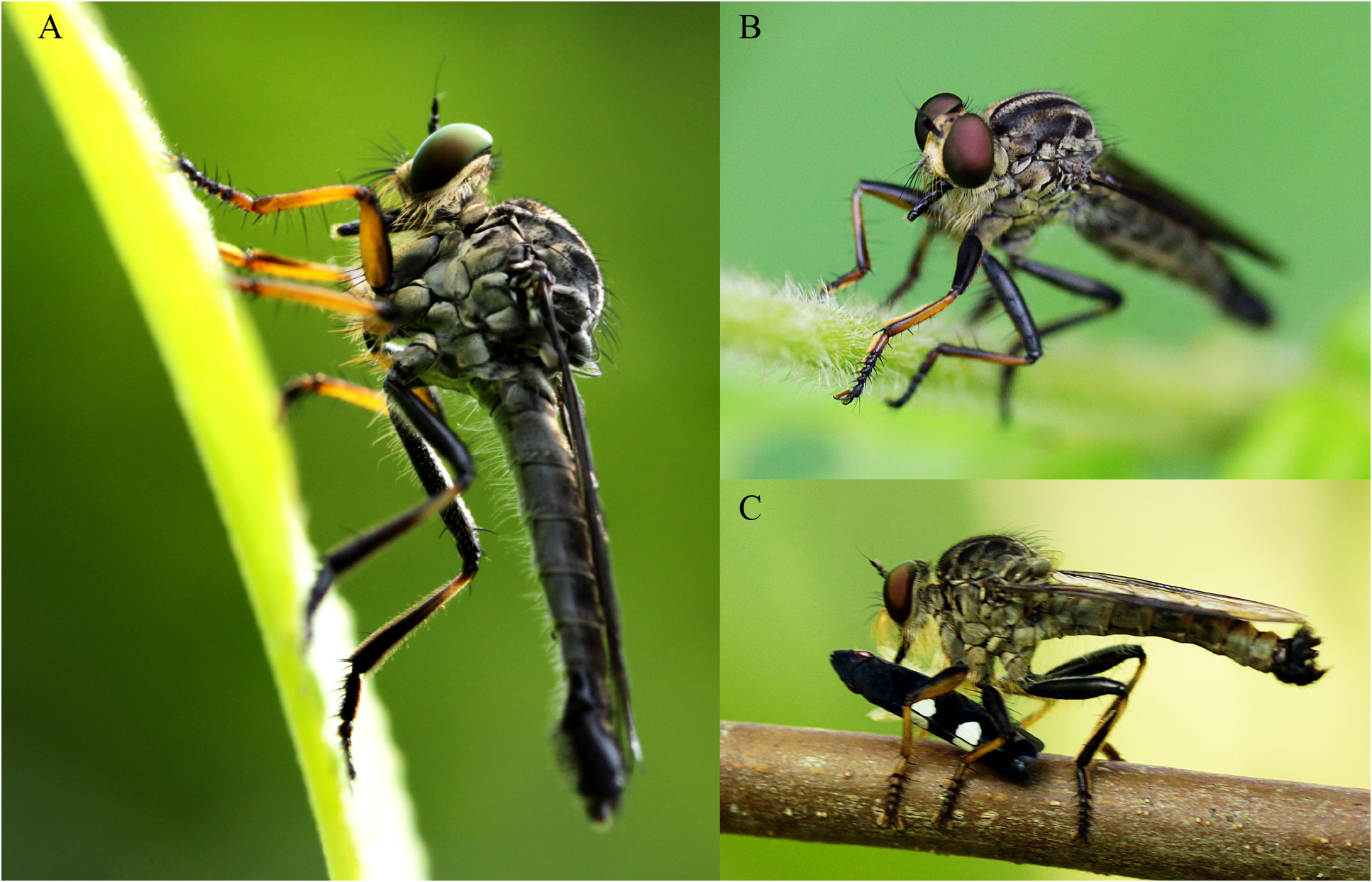 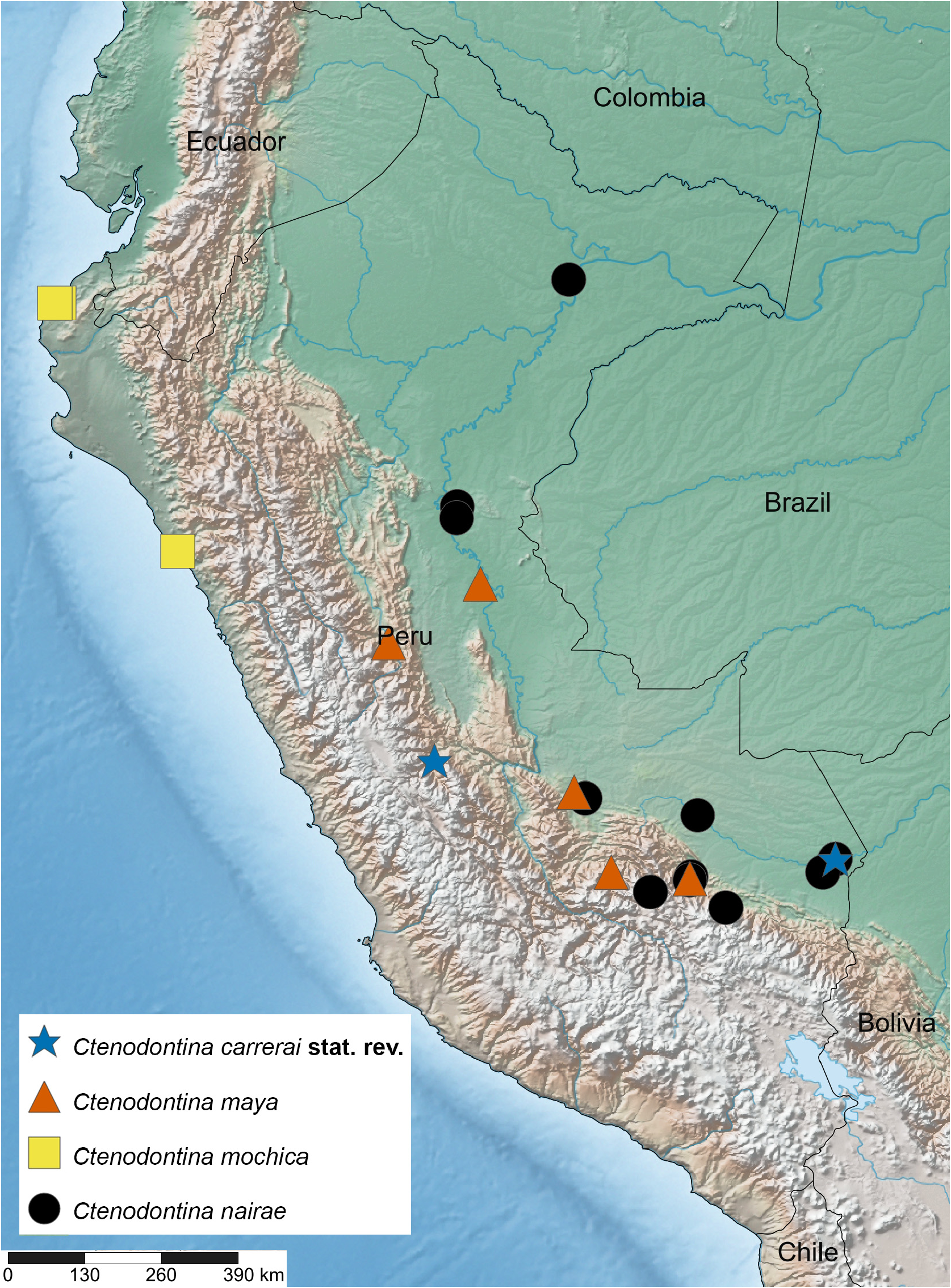