Enghoff, Henrik, 2018, A mountain of millipedes VII: The genus Eviulisoma Silvestri, 1910, in the Udzungwa Mountains, Tanzania, and related species from other Eastern Arc Mountains. With notes on Eoseviulisoma Brolemann, 1920, and Suohelisoma Hoffman, 1963 (Diplopoda, Polydesmida, Paradoxosomatidae), European Journal of Taxonomy 445, pp. 1-90 : 60-63

The name is an adjective referring to the type locality, the Kanga Mts.

ANTENNAE. Reaching back to middle of ring 4.

BODY RINGS. Paranota sometimes visible as a very faint line/ keel on ring 2 (as Fig. 4C View Fig. 4 ), otherwise completely absent. Stricture between pro- and metazonite striolate. A transverse row of setae on all rings, but many setae abraded.

STERNUM 6. Deeply excavated. Lateral rims of excavation produced into two lobes on each side, one lobe at basis of each leg ( Fig. 28 A View Fig. 28 ).

Known only from the Kanga Mts, Kanga FR, 400–500 m a.s.l. Habitat: lowland rainforest. The Kanga Mts belong to the Nguru massif, one of the smaller blocks of the Eastern Arc Mountains, situated some 150 km N of the Udzungwa Mts.

Although females have in general not been considered in this paper, it is worth noting that in this species, female legs are without dense setation on any podomere, and without modified prefemora and femora. See also Discussion. 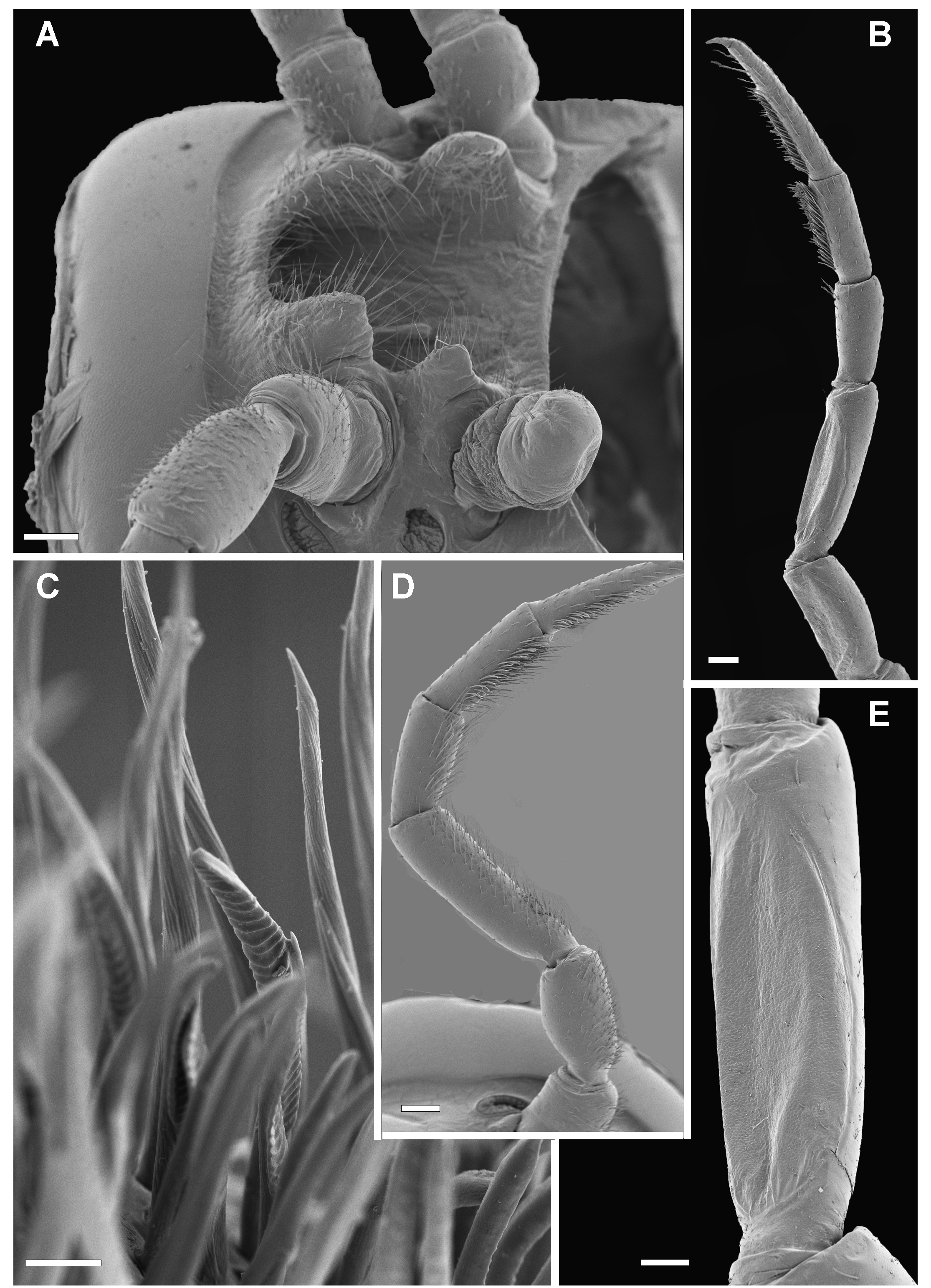