Remarks: Recorded from Greece at altitudes between 750 and 1485 m, in a wine trap and a Malaise trap. The Spanish material was collected in a flight interception trap from Montseny, a mountainous area north east of Barcelona. The Turkish specimen was captured at 1480 m. The Swedish specimens were from nearer to sea level in a Malaise trap in an area of heath and pasture ( MacGowan 2014). The German records come from a variety of different habitats, mostly captured by Malaise traps in mixed coniferous and broad-leaved forests, oak forests, pastures and dry grasslands in altitudes up to 400 m. The majority of specimens were captured in April and July. 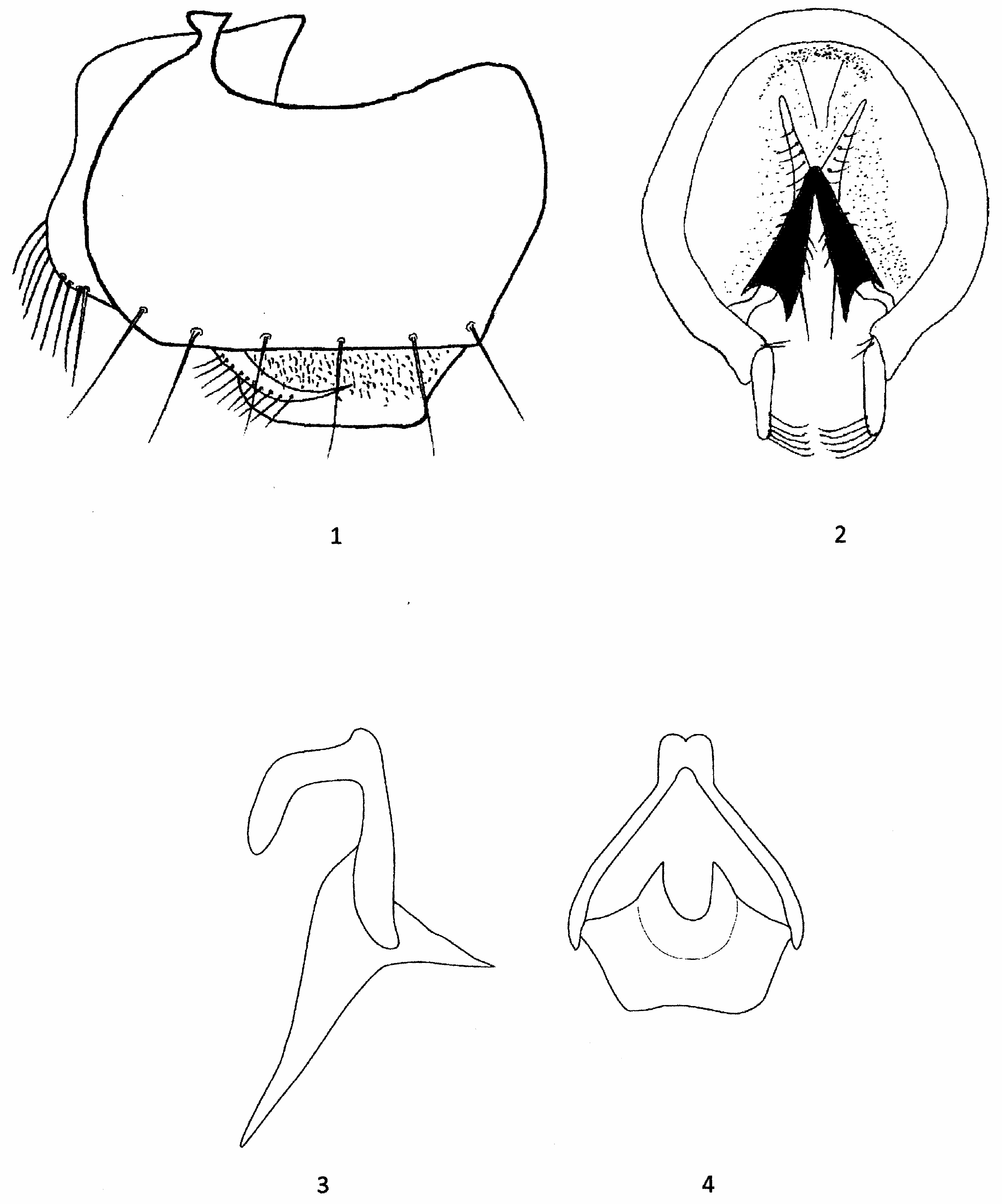