Male. Colour: Head (except in teneral specimens) wholly dark, greyish to silvery grey dusted; only scape, pedicel and basal part of palpus often fuscous yellow. Thorax dark, covered in ash-grey or brownish grey dusting. Wing base, calypteres and halter with an ochre yellow tinge. Legs fuscous brown to black, except femora and tibiae to a varying extent fuscous yellow to yellow, depending on species and age of specimen. Abdomen dark, covered in dense grey dusting delimiting a narrow mid-dorsal dark stripe but no dark anterior bands on tergites III –V. Postabdomen other than tergite VI sparsely dusted, with a distinct dark shine.

Biology. Adults are rarely collected. As known from related, mushroom-feeding species of Pegomya  , adults of both sexes may feed on honeydew and other substances on foliage of trees and shrubs, while the females from time to time must attend fruit bodies of their host mushrooms in order to lay eggs. Larval hosts are only known for P. maculata  , but these belong to a wide range of gilled mushrooms of the families Cortinariaceae  , Lactariaceae, Marasmiaceae  and Tricholomataceae  ( Engel 1916, Hennig 1973 b, Hackman & Meinander 1979).

Monophyly and relationships. As pointed out by Griffiths (1984), detailed similarity in most parts of the male and female terminalia leaves no doubt about the monophyly of the Pegomya maculata  species group. Especially characteristic are the male sternite V and the female sternite VIII (see ‘Diagnosis’ above for details). Based on similarities in the male gonites Griffiths (op. cit.) considered two Holarctic species, P. pallidoscutellata (Zetterstedt, 1852)  and P. sociella ( Stein, 1906)  , as very closely related to the P. maculata  species group. We agree, but also realize that a cladistic analysis using male and female characters of a broader species sample from the mushroom-feeding section of Pegomya  would be desirable in the attempt to attain a more accurate picture of the relationships. Unfortunately, females of many species are still not available for study. 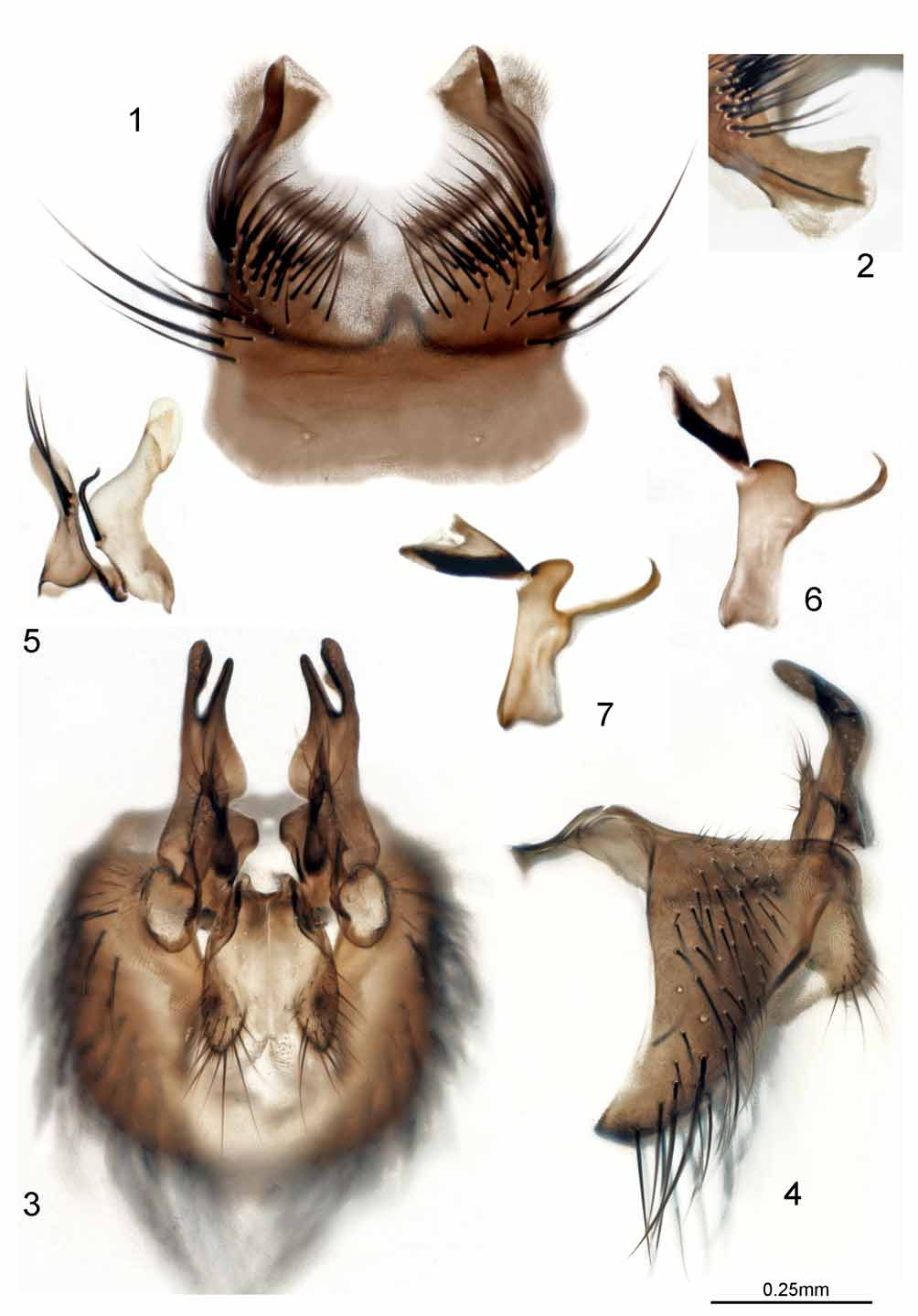 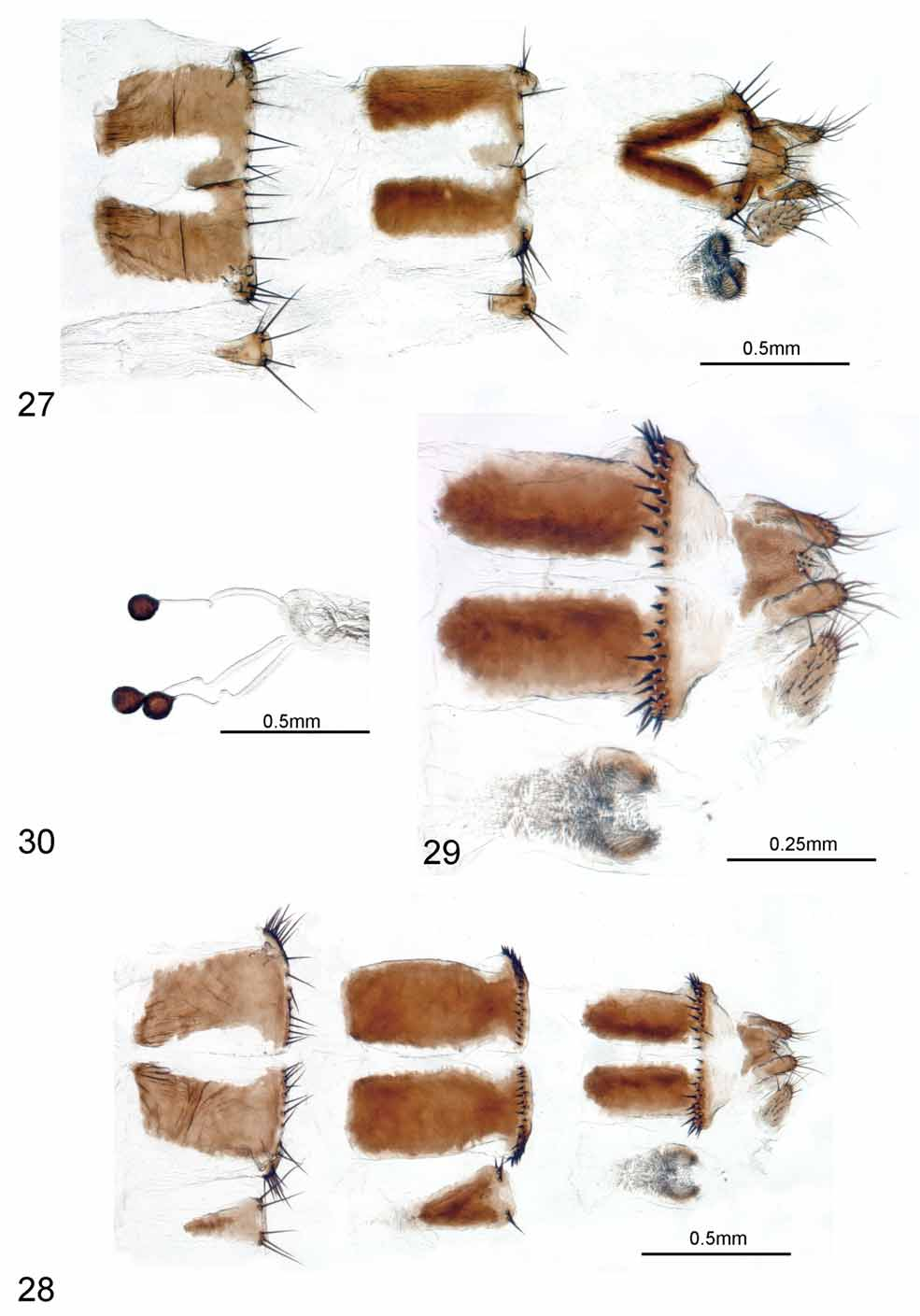