Etymology. A combination of the Greek words hyalion (mirror) and pleura (side), in reference to the smooth and shiny acropleuron of females, one of the differentiating features of the species.

Remarks. Females of O. hyalipleura are most similar to those of O. reticulifrons and O. hansoni , as discussed under the latter species. Because both females of O. hyalipleura are contorted it is not possible to accurately describe some structures, including the length that the fore wings extend or the structure of the propodeum anteriorly, though the former likely is similar to that described for O. hansoni and the anterior margin of the propodeum likely is at least slightly incurved at the midline. Females are distinguished by their unique head sculpture pattern ( Fig. 35 View FIGURES 35 – 44 ), in which the frons is mostly smooth and shiny except for setiferous pits but reticulate medially in a band below the anterior ocellus, and sometimes also within the ocellar triangle. 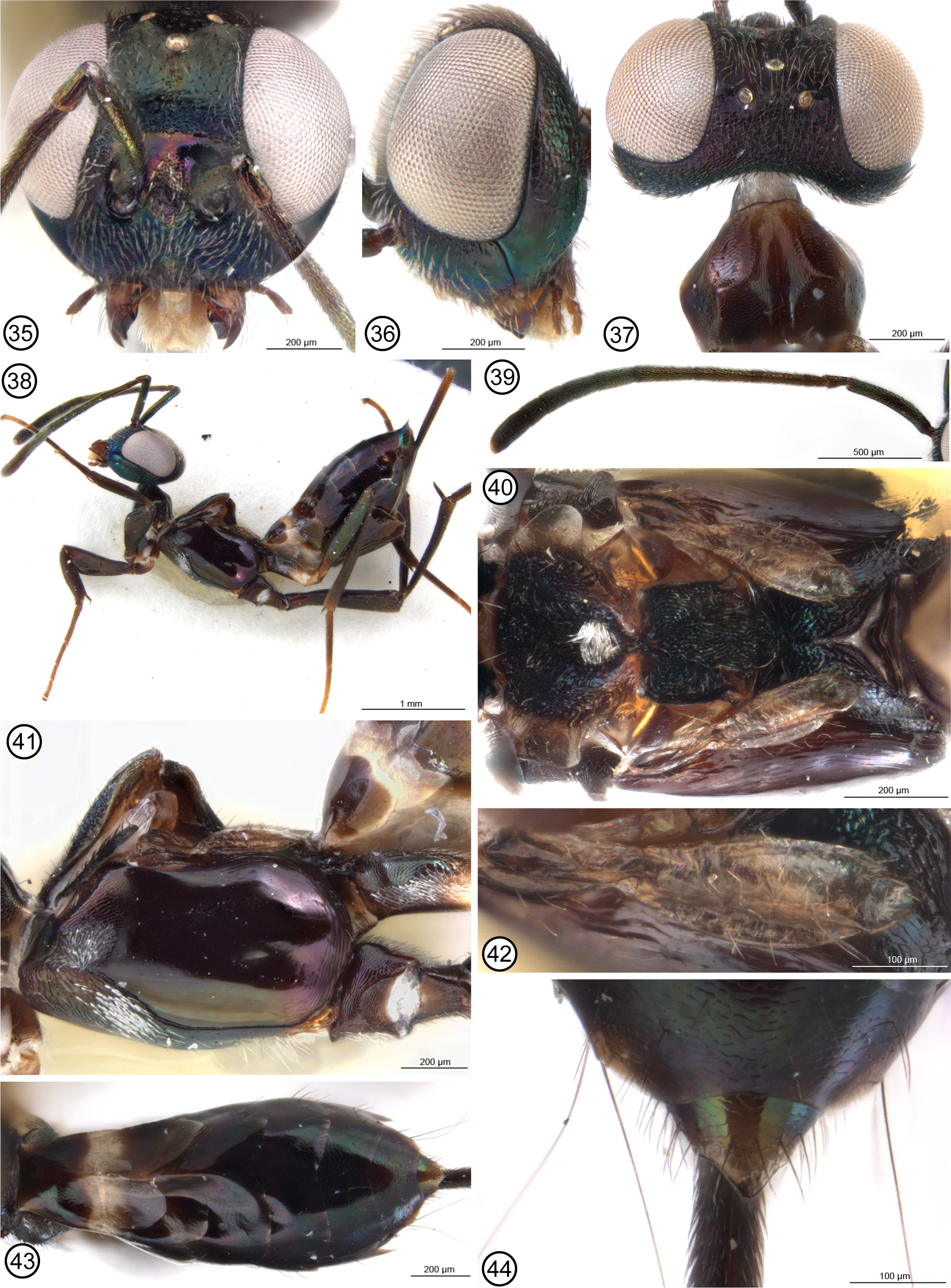