Etymology. Named in honour of Paul Hanson, who collected the unique female on which the species is based, for his long efforts in documenting the insect fauna of Costa Rica.

Remarks. Among New World species with a partly sculptured frons, the holotype of O. hansoni is most similar to females of O. hyalipleura and O. reticulifrons because they have conspicuous setal tufts on the acropleuron and mesoscutum posteromedially, but lack setal tufts on the mesoscutum anteriorly, in addition to having similar structures of the scrobal depression and long ovipositor sheaths (see under discussion for genus). Females of the three species also have some green luster on at least some flagellomeres. The holotype of O. hansoni has a more distinctly green head and somewhat lighter brownish, more orangish mesosoma than those of the other two species in addition to other sculptural differences given in the key. Additional specimens are required to determine whether the somewhat paler pedicel and basal four flagellomeres is a good feature to differentiate females of O. hansoni or just a peculiarity of the holotype, and how variable is the color pattern. 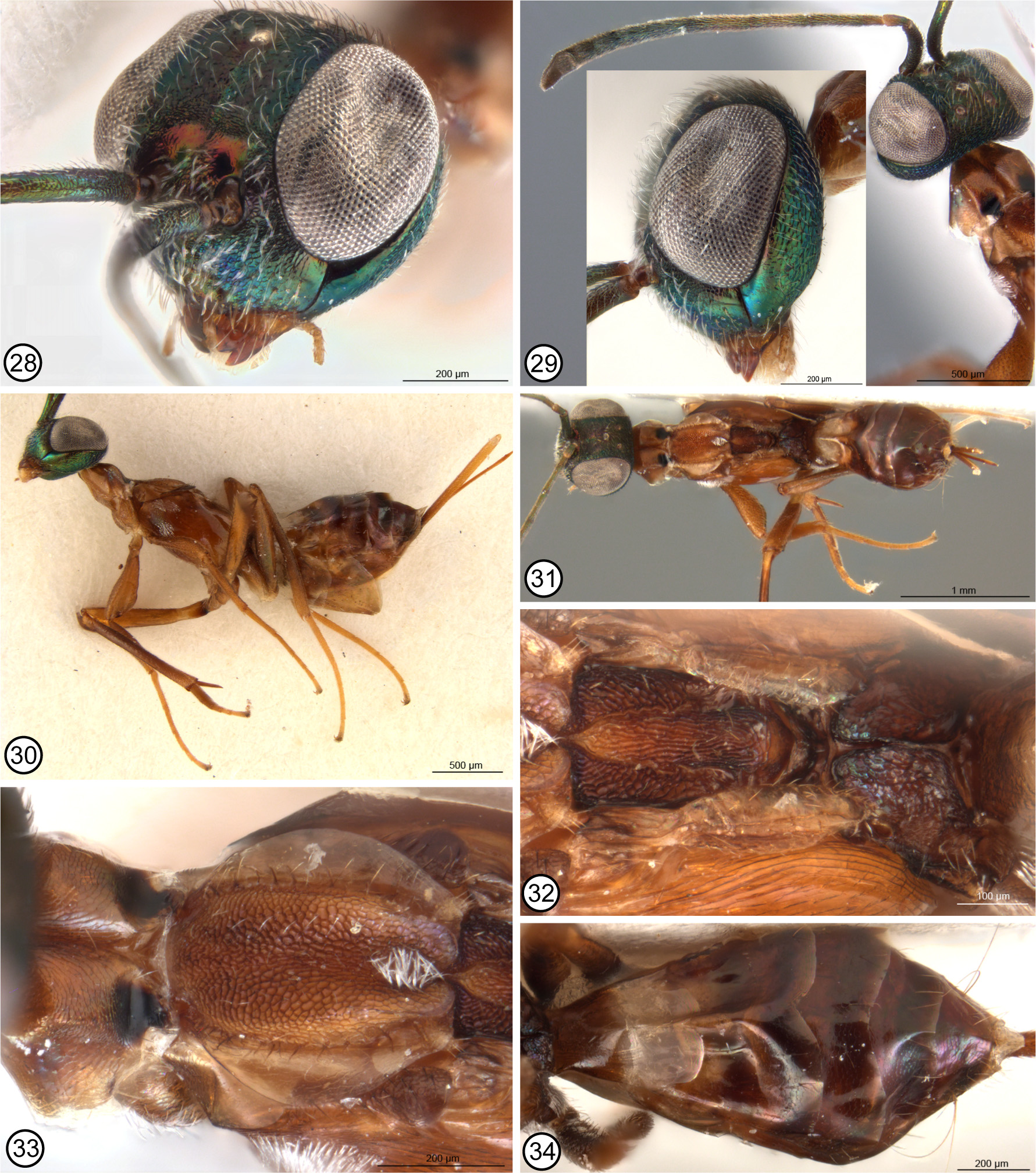