Etymology. Based on the type locality.

Remarks. Females of O. capensis   vary in gastral color pattern, the holotype and paratype with the same data having the gaster entirely dark, but the gaster of the other females being obviously paler subbasally, yellowish to white, dorsally ( Fig. 173 View FIGURES 165 – 173 ) and laterally ( Figs 168, 172 View FIGURES 165 – 173 ). The Northern Cape females are also the smallest individuals and have the scrobal depression more finely sculptured than the other females, more meshlike coriaceous than distinctly reticulate. However, even these females have the frons distinctly smoother than the scrobal depression or vertex, and a dark scape, which differentiates O. capensis   from O. botswanae   . 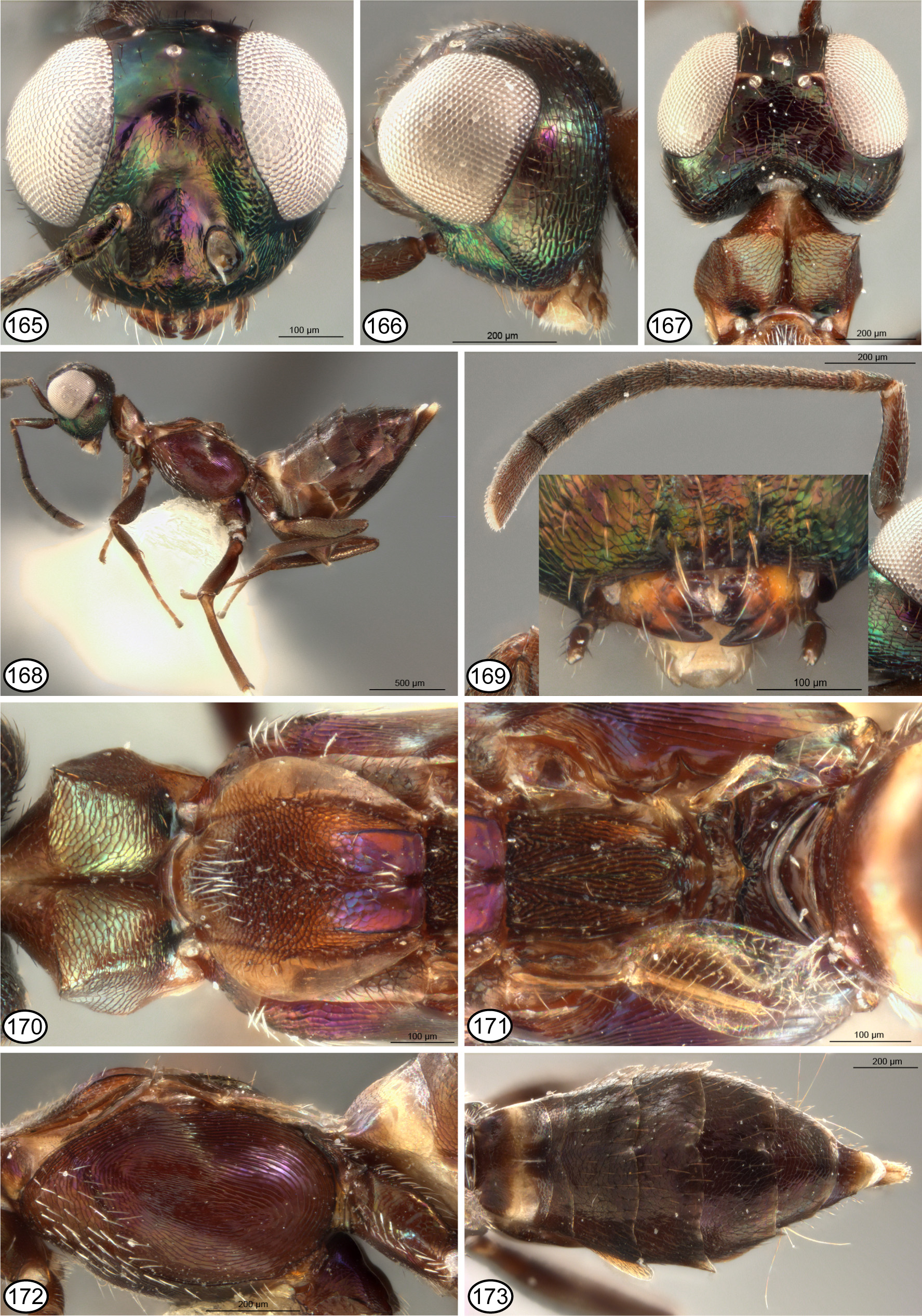