Type material. In his original description, Say (1823) simply stated, “Inhabits Arkansa.” He did not elaborate on how many specimens he worked with, or what sex he saw. Osten Sacken (1878) indicated that the type was a female. According to Back (1909), the type is lost.

Discussion. Unfortunately, the type specimen, like so many of Say’s types, apparently has not survived. The Diptera   in Say’s collection were entirely ruined soon after his death in 1834 ( Weiss & Ziegler 1931). Say (1823) described a rather large robber fly, nine-tenths of an inch long, or 22.9 mm, with a yellow face; black thorax broadly margined with yellow; ferruginous wings; and black abdomen with wide, yellow, posterior annulations. Unfortunately, he did not mention the structure of the antennae. The only Ceraturgus   species collected in Arkansas since 1823 are C. cornutus   and C. elizabethae   . C. elizabethae   do not have abdomens with wide, yellow, posterior annulations. Since the publication of the description of C. cruciatus   , this species has been recognized as one of the larger species in the genus with a long third flagellomere, thus eliminating C. cornutus   , with its short third flagellomere, as a possibility. Although C. cruciatus   has not been found in Arkansas again, is has been collected near the northern border in Missouri and near the western border in Oklahoma. The very similar Ceraturgus fasciatus   has been collected near the eastern border of the state, in Mississippi. In 1820, while on his return from Major Long’s expedition to the Rocky Mountains, Say traveled across Arkansas from Fort Smith in the northwestern part of the state to Cape Girardeau in southeastern Missouri, then down the Mississippi River along the entire eastern border of Arkansas to New Orleans ( Weiss & Zeigler 1931). It is therefore impossible to say with certainty which species Say had before him. In the interest of stability, the traditional definition of C. cruciatus   is adopted here, but C. fasciatus   , the darker form with a more eastern distribution, is removed from synonymy with it.

Back (1909) illustrated the antenna and female lateral aspect, Hull (1962) published six illustrations of various structures, and Artigas and Papavero (1991 b) illustrated the spemathecae. Each of these authors failed to state the provenance of the illustrated specimens. They could have been either Ceraturgus cruciatus   or C. fasciatus   .

Most specimens have been collected in June and July. One specimen that I have examined is pinned with its presumed prey, a pentatomid bug. 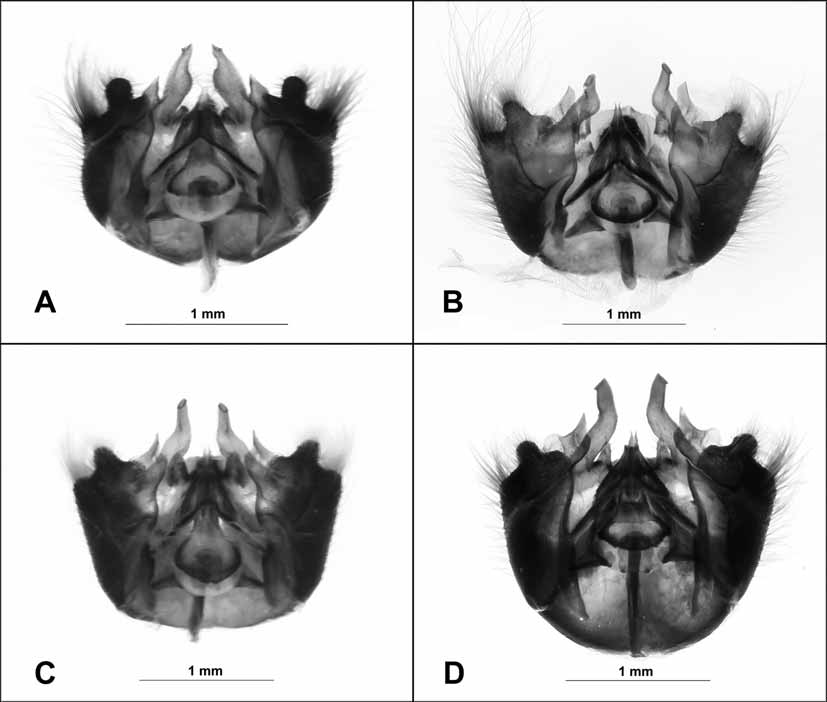 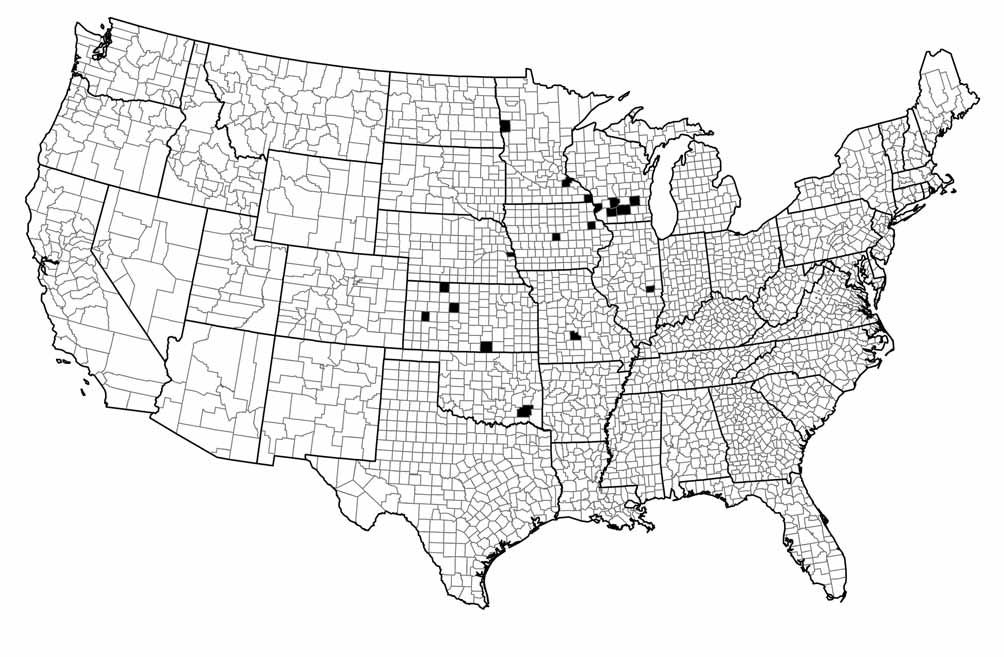