Wings. Hyaline. Fore wing with fused stem of veins M and CuA not complete, the veins abutted rather than fused as one; venation brown; basal membrane muddy brown. Hind wing with 5 apical cells; venation brown except for pale yellowish brown 2A and 3A; plaga muddy white to brown; black infuscation on wing margin at distal end of vein 2A.

Opercula. For the most part not reaching distal margin of tympanal cavity; widely separated; a low rounded swelling of epimeron 3; black, sometimes yellowish brown on distal half.

Distinguished from most other species of Pauropsalta   in having the stems of fore wing veins M and CuA closely abutted rather than fused as one. Amongst those species with abutted veins care should be taken not to confuse this species with Pau. opaca   or Pau. ewarti   . Distinguished from Pau. ewarti   by the length of the rostrum; that of Pau. herveyensis   reaches or almost reaches the apices of the hind coxae while that of Pau. ewarti   barely reaches the bases of the hind coxae. Distinguished from Pau. opaca   in having the inner areas of the pronotum entirely black whereas Pau. herveyensis   has much of the inner pronotum pigmented with dark reddish brown patches.

Male genitalia are unique in having an aedeagus with pseudoparameres that are very small, hair-like, translucent and almost indiscernible, and an endotheca that has its apex divided into a pair of paddle-like lobes narrowed apically.

Etymology. Named after Hervey’s Range where the only specimens have been collected.

Song ( Fig. 22 View Figure 22 ). The song is composed of a series of phrases each with a series of clicks followed by an echeme. The number of clicks ranges from 17–26. Echemes range in length from 1–3 s. The length of each phrase usually ranges from 9–11 s. The frequency of the song ranges from 3–18 kHz. 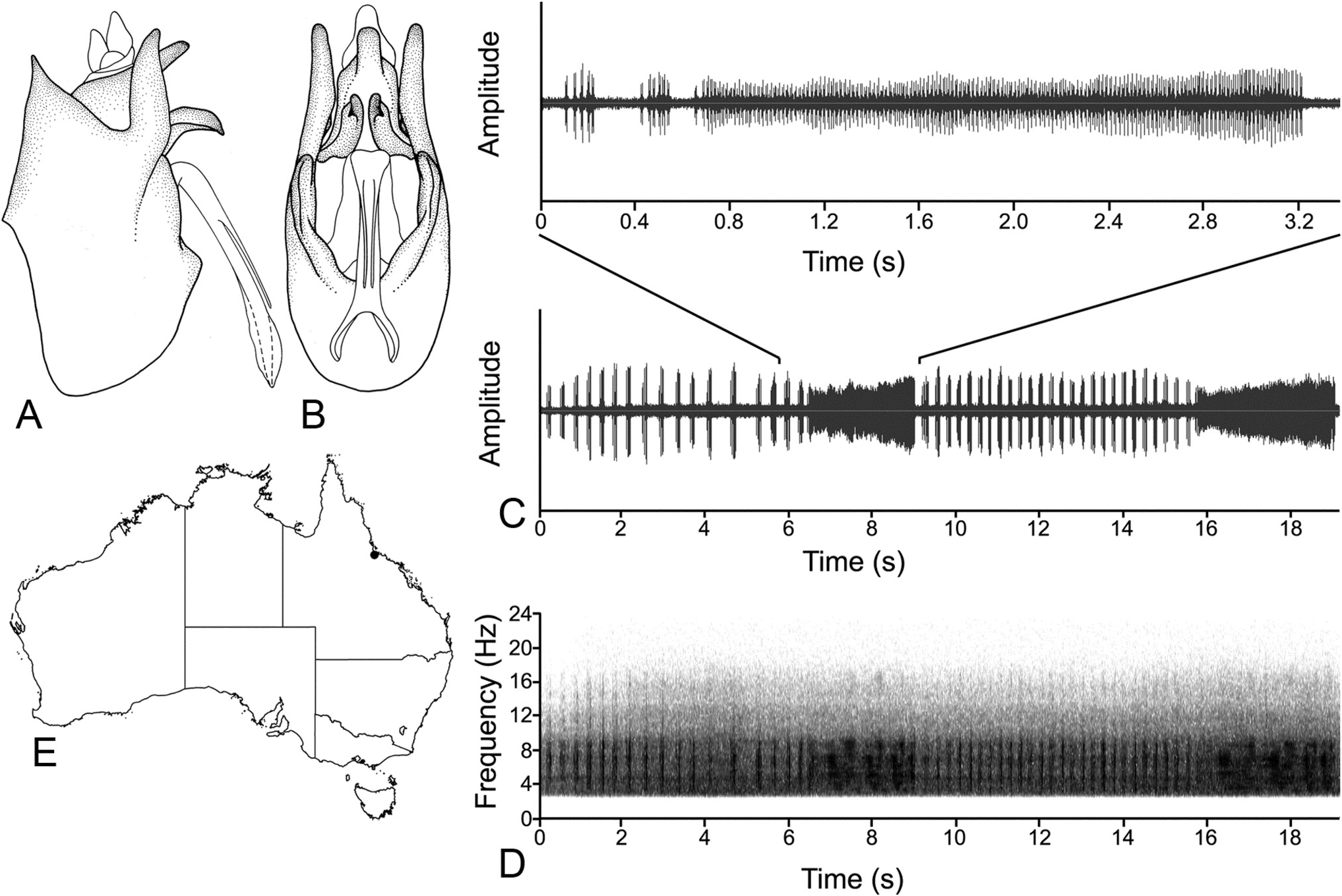