Distribution ( Fig. 34 View Figure 34 ). South Australia where it is found south from Wilpena Pound in the Flinders Ranges to the Clare district north of Adelaide, and west to a little beyond Iron Knob. Adults have been taken during December and January but most likely occur at other times. The species appears to be common around Clare (type locality).

Habitat. Mallee and other eucalypts where adults often perch on the trunks and larger limbs.

Timbals with four long ribs spanning the width of timbal membrane and one much shorter anterior rib terminating level with lower end of adjacent intercalary rib.

Etymology. From the Latin vinum, meaning wine, and referring to the large number of vineyards in the region of South Australia where this species is found.

Song ( Fig. 34 View Figure 34 ). The introduction begins with an echeme lasting for an undetermined length. This is followed by the body of the song, which includes phrases composed of a series of pulses followed by an echeme. The number of pulses is usually near 10 and the echeme is less than 0.5 s long. Phrases typically occur at a rate of 2 per second. The frequency of the song ranges from 4–24 kHz. 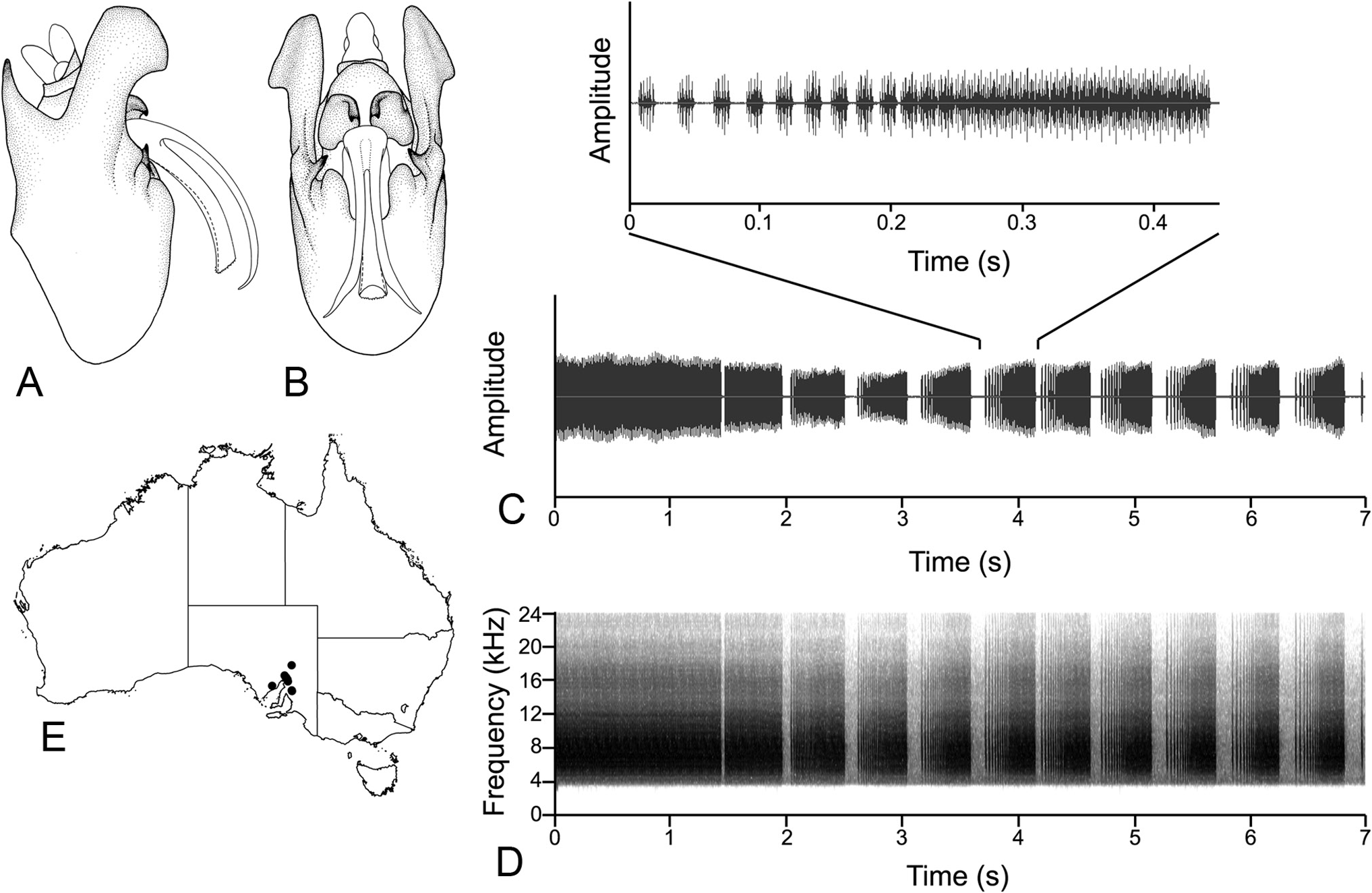