Remarks. These specimens are characterised by the presence of single radiolar eyes on the dorsalmost pair of radioles, collar dorsal margins not fused to faecal groove but possessing incipient lateral pockets on some specimens, lack of a caruncle, thoracic ventral shields separated from neuropodial tori and broadly-hooded inferior thoracic chaetae (type B). With these features, the specimens belong to "Group 2 A" (sensu Knight-Jones 1997) and "Group 2 A 2 " (sensu Capa & Murray 2009), groups recovered as paraphyletic from cladistic analyses of the genus performed so far ( Capa & Murray 2009; Tovar-Hernández & Carrera-Parra 2011). The Lizard Island specimens share the same pigmentation pattern as the type material ( Knight-Jones 1997). The specimens described herein differ from those from New Zealand by their size, the ones from Lizard Island being more than twice the length of those in the original description. Other minor differences may be a consequence of size, such as the length of dorsal lappets. The specimens examined herein possess inferior thoracic chaetae slightly more elongated than those drawn by Knight-Jones (1997). It would be ideal to compare further material of similar size to confirm the presence of this species in Australian waters. 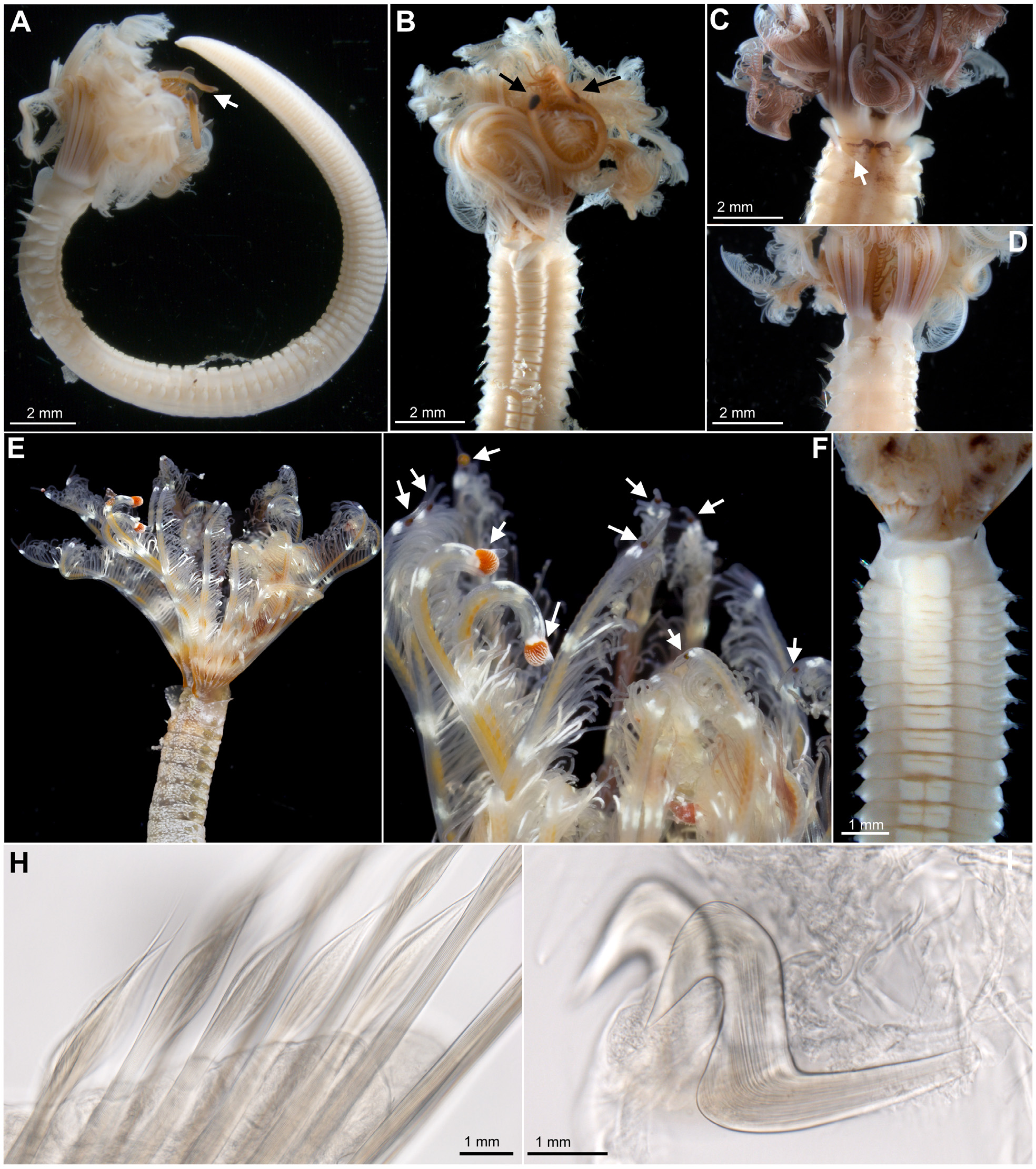