Remarks. Sabellomma cupoculata   resembles the other three congeners, all described from the Western Atlantic, in the presence of irregularly distributed lensed eyes on outer margins of radioles, and the presence of companion chaetae with flattened transversely distal mucro. Sabellomma cupoculata   is distinguished, however, by the form of the companion chaetae with very thin mucros, radioles that are supported by six vacuolated cells in S. cupoculata   but four in the other three species, the absence of ventral sacs and the pigmentation pattern (none of the previously described species have bright purple bands in the crown when alive). 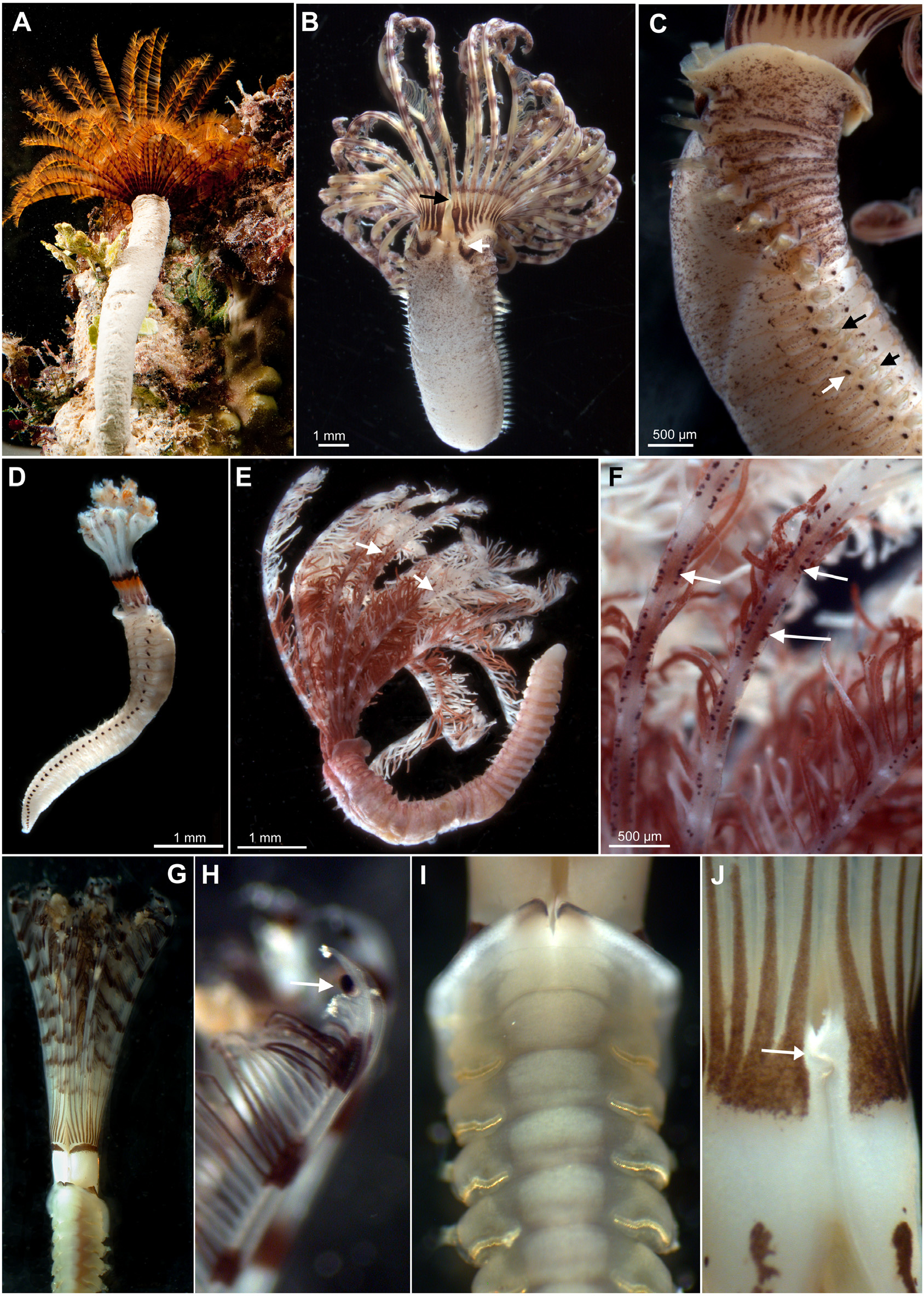