Etymology. – The epithet unguiculare is in reference to the strongly curved, claw-like shape of the anthers.

Distribution and ecology. – The type and only known collection of M. unguiculare was made on Madagascar’s southeastern coast, just north of Tôlan¨ aro (Fort-Dauphin) near the village of Sainte-Luce ( Fig. 2 View Fig ). Habitat in littoral forest on sand.

Conservation status. – Memecylon unguiculare is known from a single location with an AOO of 4 km ². The littoral forest of Sainte Luce (c. 16 km ²) is one of the last remaining in southeastern Madagascar and has been recommended for protected-area status ( CONSIGLIO et al., 2006). The Sainte Luce littoral forest is also one of several areas in the Tôlan¨aro (Fort-Dauphin) region where QIT Madagascar Minerals (QMM) – Rio Tinto is currently engaged in ilmenite sand-mining operations. Part of the Sainte Luce forest has been designated as a “biodiversity offset,” and another small area (0.4 km ²) is owned and operated as a private nature reserve. Lacking current data on population status and threats, M. unguiculare is provisionally assessed as “Vulnerable” [VU D2] in accordance with IUCN Red List Categories and Criteria ( IUCN, 2012).

Notes. – While M. unguiculare is certainly distinct, its affinity remains unknown. The type material was previously identified as “ M. dolichophyllum vel sp. aff.”, and it does resemble that species in the broadly lanceolate or oblong-lanceolate shape of the leaves. However, in close comparison with M. dolichophyllum , the leaf-blades of M. unguiculare are somewhat smaller and thinner in texture (the transverse venation thus more clearly evident). Furthermore, its type locality near Sainte Luce is separated by 900 km from the nearest known locality of M. dolichophyllum (“forêt sublittorale de Sahavolamena sur latérites”, near Soanierana-Ivongo in Toamasina province). Further comparison between M. unguiculare and M. dolichophyllum is difficult since the material of the former is lacking mature fruits, and the flowers of the latter are still unknown. 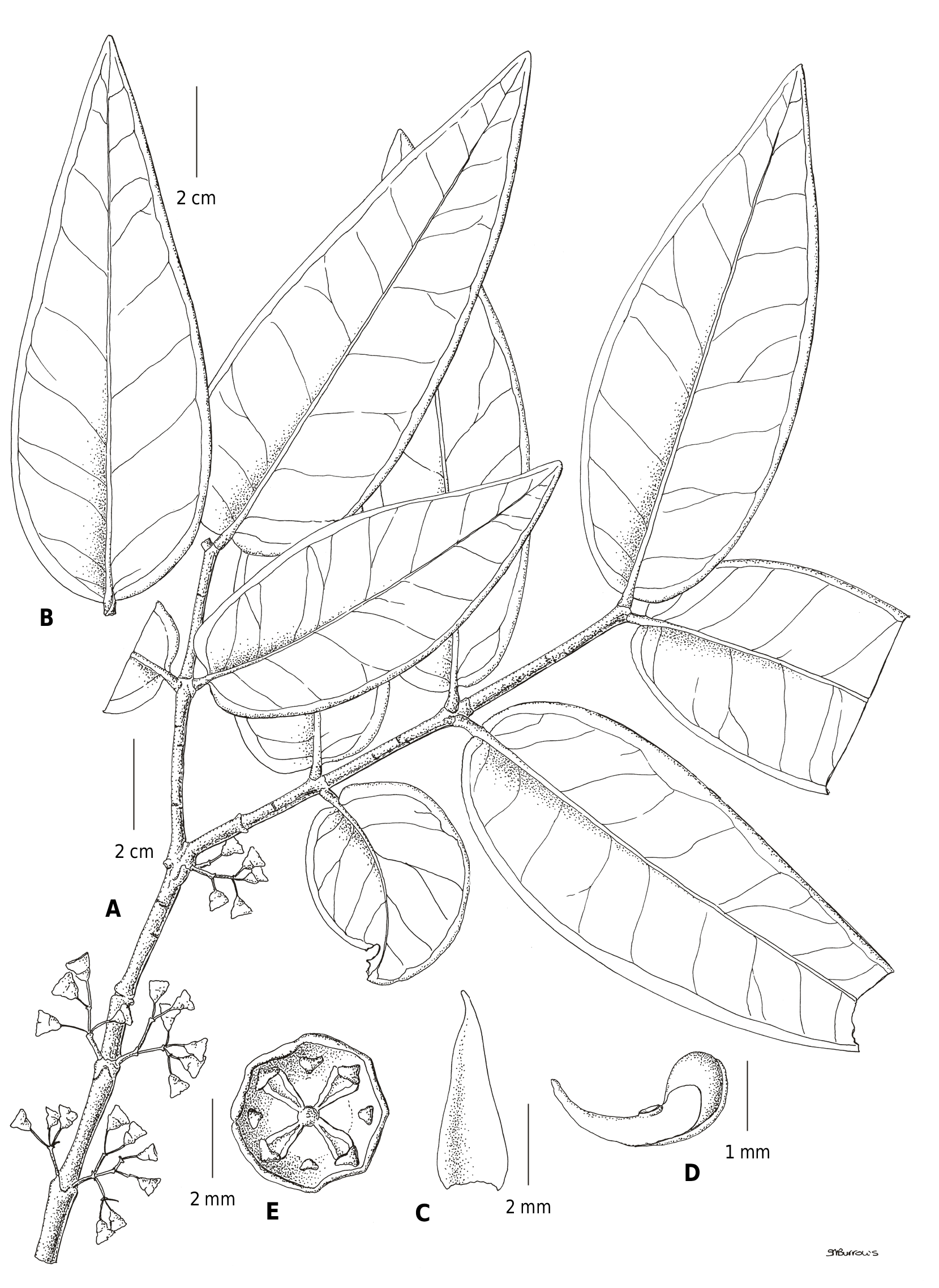 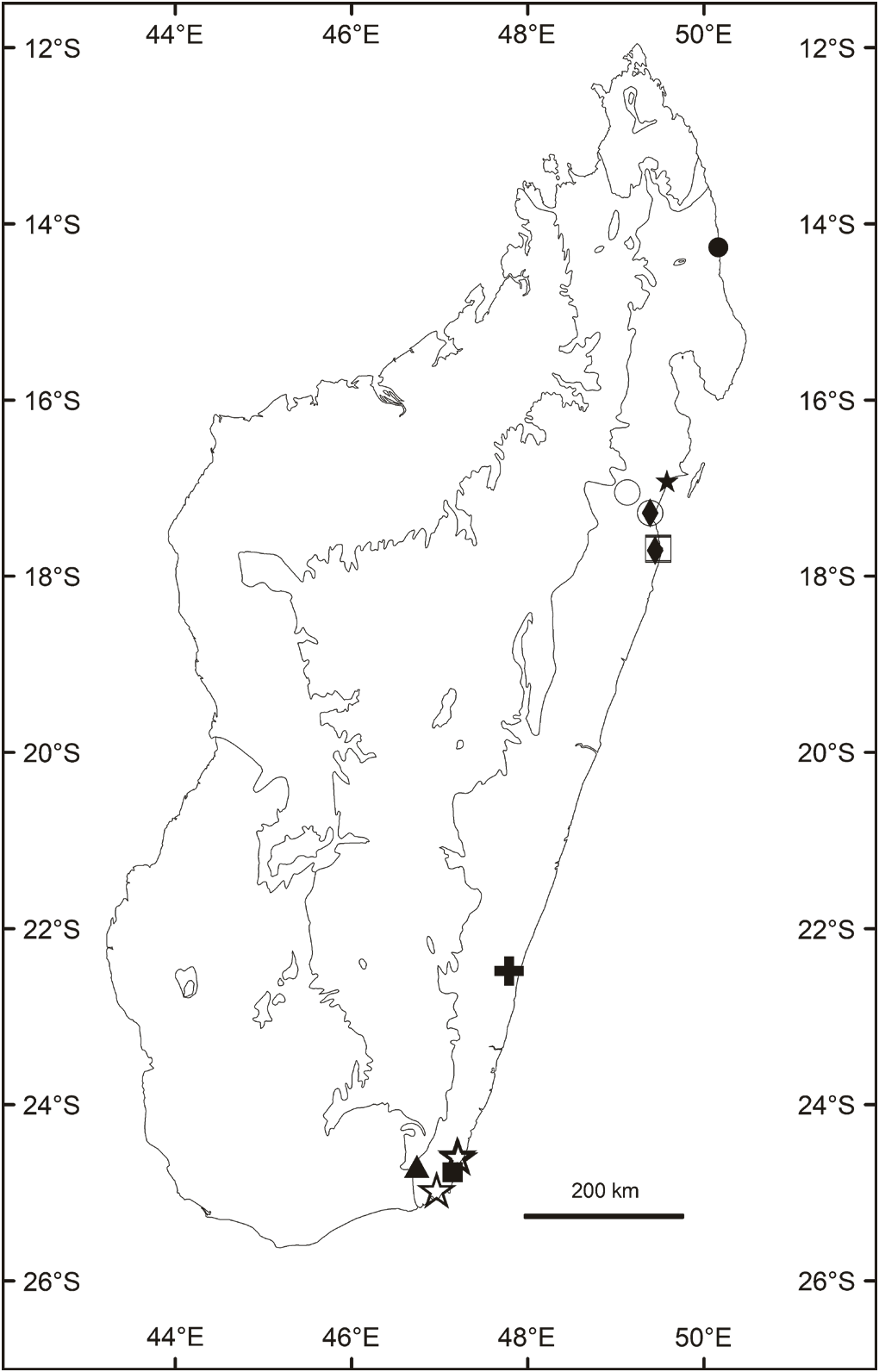