Distribution. This group is mostly from Neotropical region.

Remarks. This group was defined by Evans (1966) by having the following characteristics: the mandible with five distal teeth, the antennal scrobe ecarinate or present, flagellomere I ring-shaped, the transverse pronotal carina absent or present, the mesopleuron with the mesopleural and lower fovea opened or closed, and the posterior fovea absent or present, the mesotibia without or with distal spines. Using these variable diagnostic characteristics, proteus  covered many species, making it the richest within Anisepyris  . It was not easily definable, however, making it a “taxonomic trash-basket”. that included more than 40% of all species in Anisepyris  . Most of these 51 species could be reallocated to other species-groups. In fact, former members of the proteus  species-group are now distributed into 11 of the 13 recognized species-groups of Anisepyris  . One of these species-groups contains species that are related to A. proteus  and match the diagnostic features listed above. The redescribed and redefined proteus  species-group is now composed of 23 species ( Table 1). 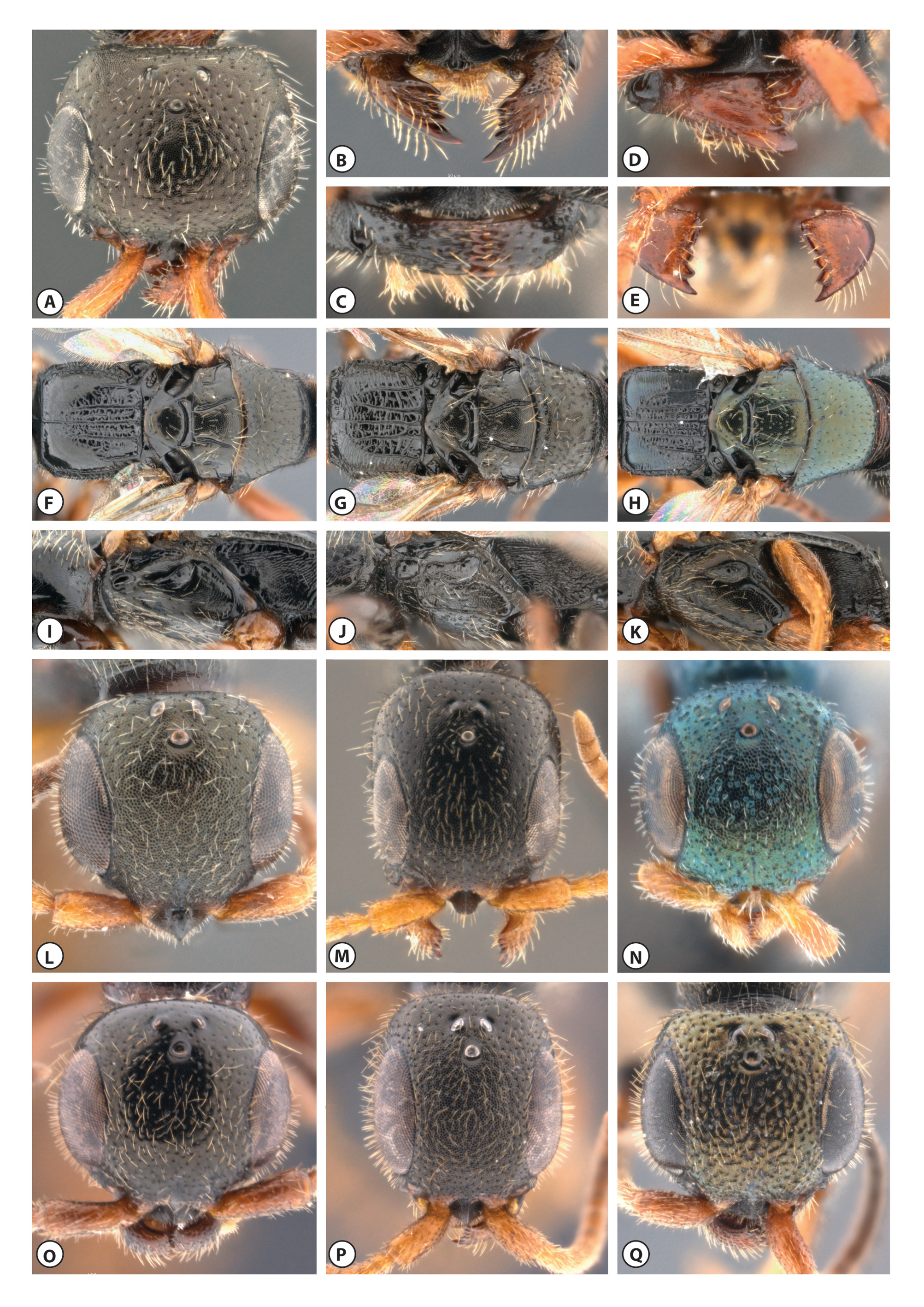