Material. Holotype, paratypes and all original non-type specimens: all re-identified as M. novaecaledoniae except as discussed below; details in Poore and Brandt (1997).

Remarks. Myopiarolis novaecaledoniae may be identified by the flat sternal coxae that have mesial ridges that do not form a clear mesial ‘X’, the lack of dorsal ornamentation, long coxae 6 that extend to near the pleotelson apex, the pleonites 2 and 3 extending along the pleon to close to the point of insertion of the uropods, and the number, arrangement and shape of the robust setae on the male pereopod 2 palm. The most similar species, also from New Caledonia, but apparently occupying a more shallow depth range, is Myopiarolis systir sp. n. Both species lack dorsal tubercles, and have long coxae 6, but M. novaecaledoniae can be distinguished from M. systir by lacking the prominent X-shaped ridges on the sternal coxae, and having the pleonites extend much further along the pleotelson. Th e numerous differences between these two species are discussed in detail under the remarks for M. systir .

One immature paratype is here re-identified as Myopiarolis sp. (p. 48, Fig.24 View Figure 24 ). Of the non-type material identified by Poore and Brandt (1997) one is an immature female of M. systir , and the specimens from off Norfolk Island are Myopiarolis norfanz sp. n.

Examination of the type material revealed some discrepancies between the specimens and the description, here emended. Th ere are medial flanges on the mesial margin of pleopod 4 exopods, and lobes adjacent to sutures on pleopods 4 and 5; the pleotelson does have a longitudinal carina, but it is weak; pereonites 5–7 were figured as entire but are medially fused; there is a low rounded medial nodule on the posterior margin of the head; and the transverse ridge on the head is more anteriorly positioned. 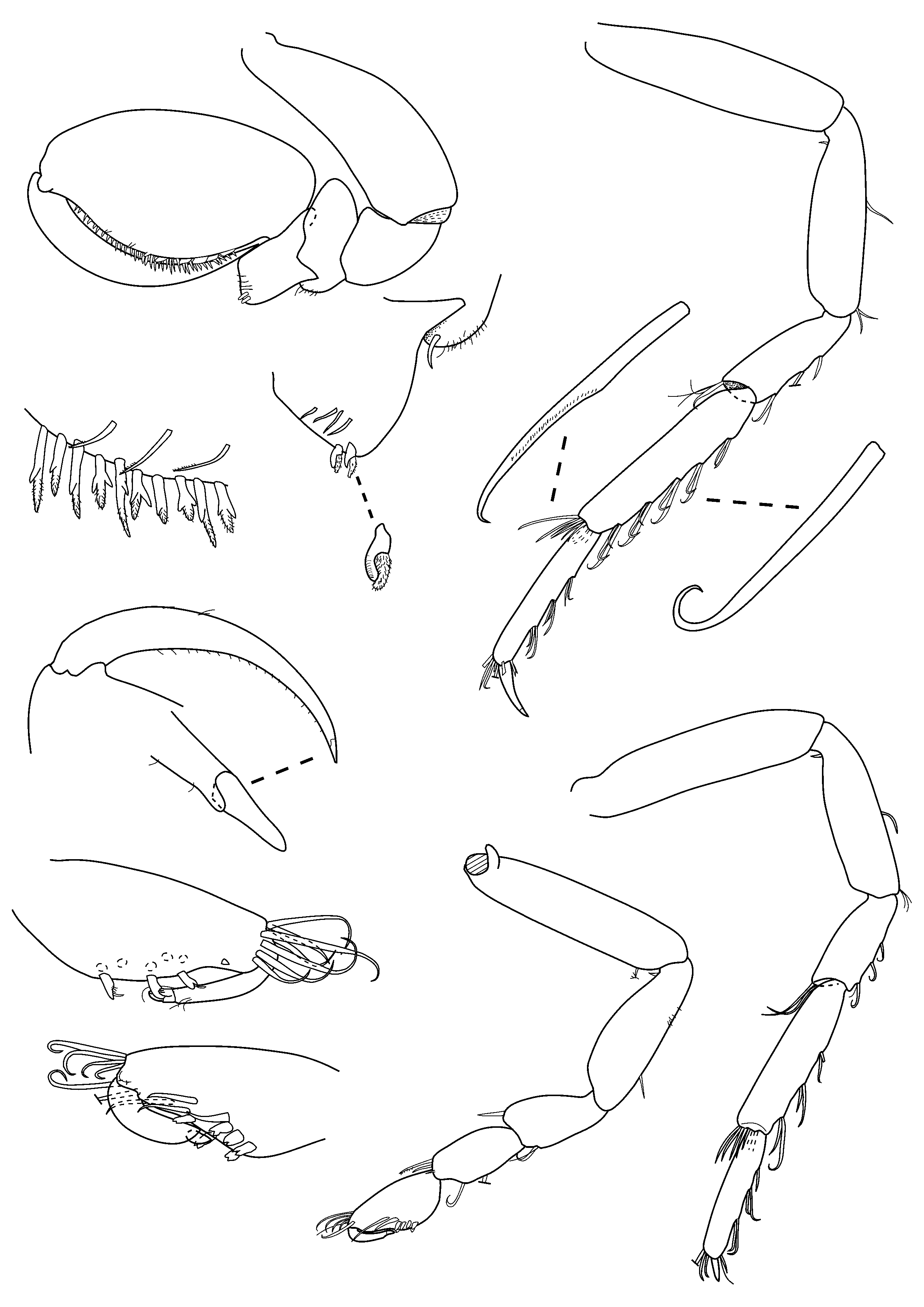 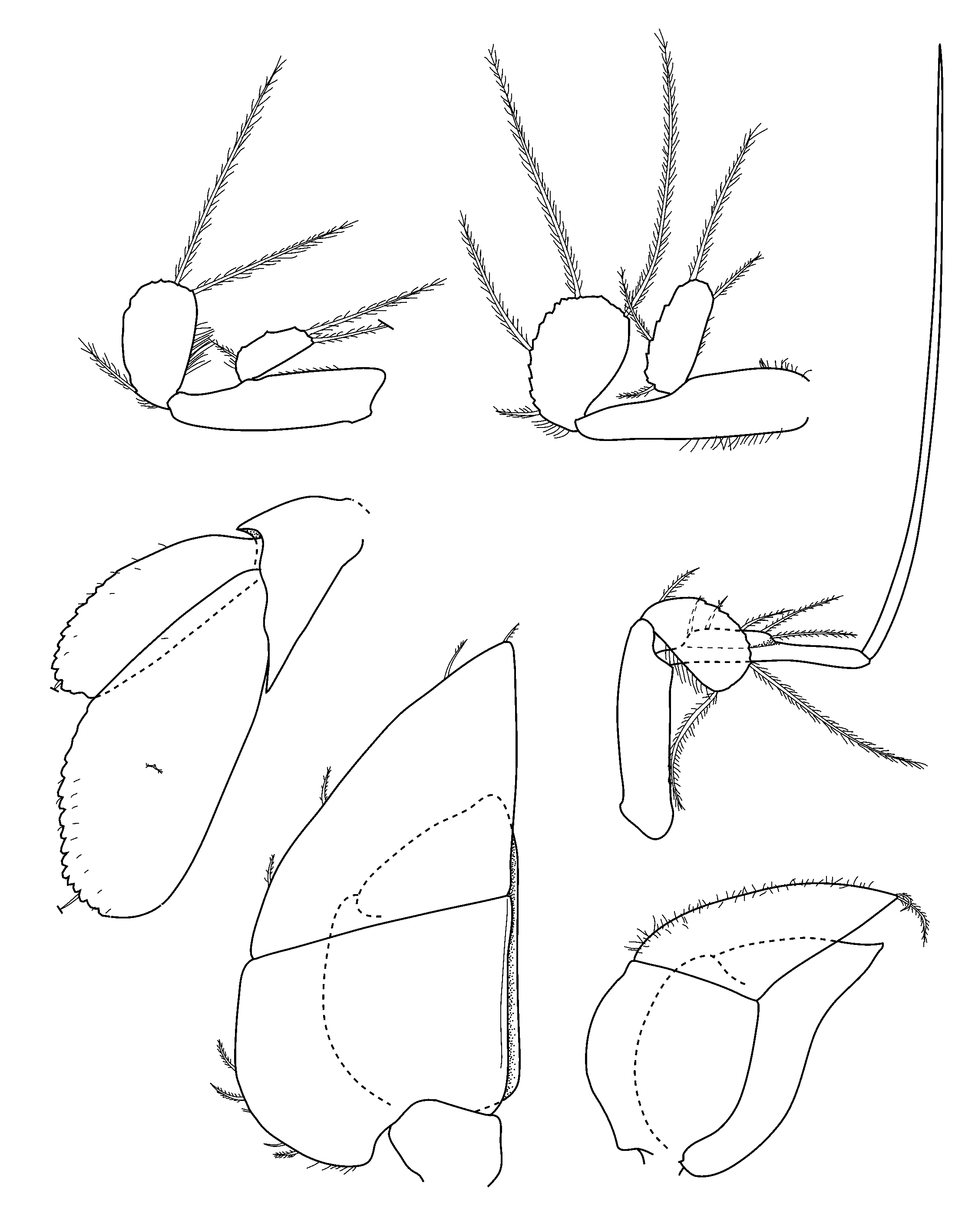 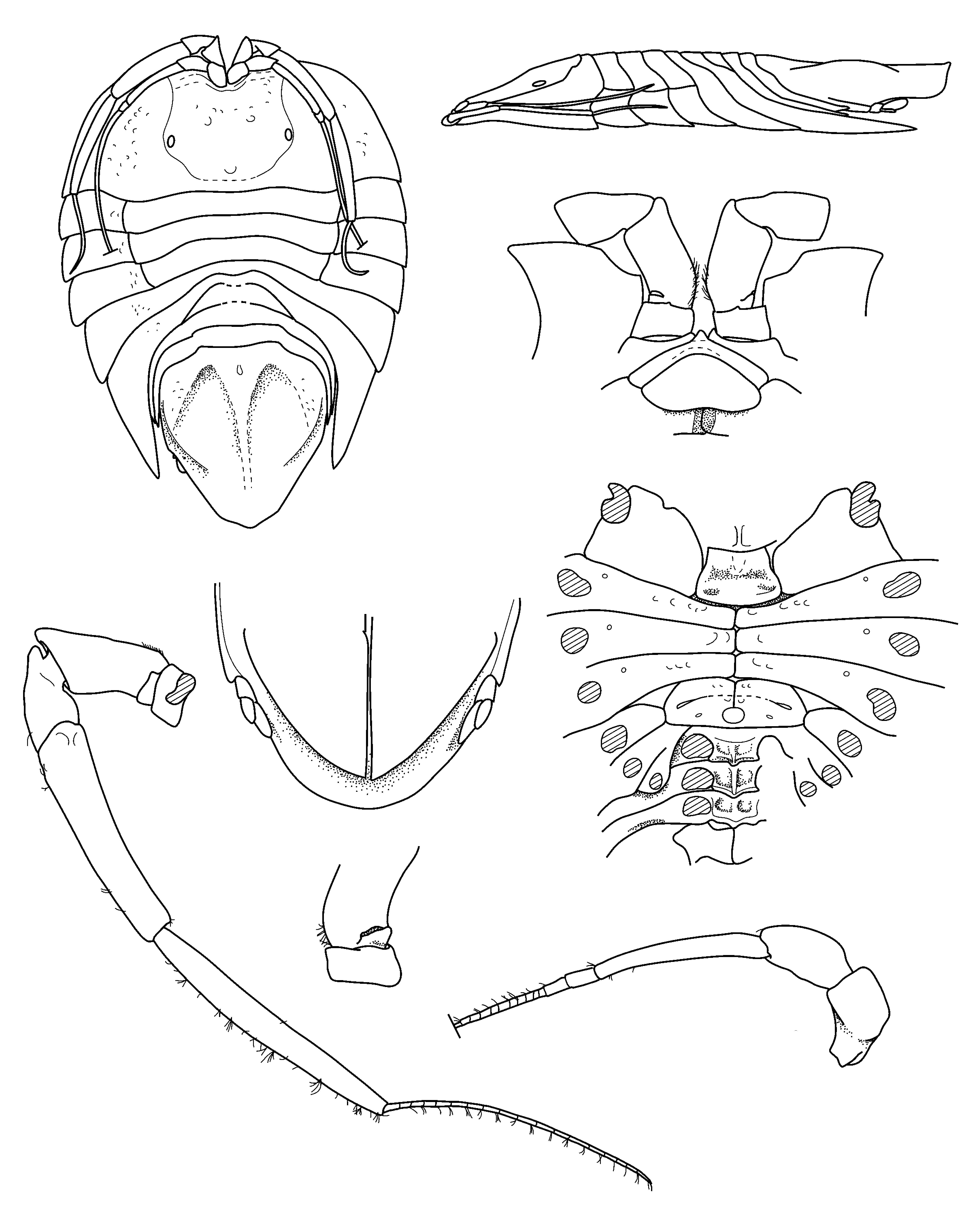 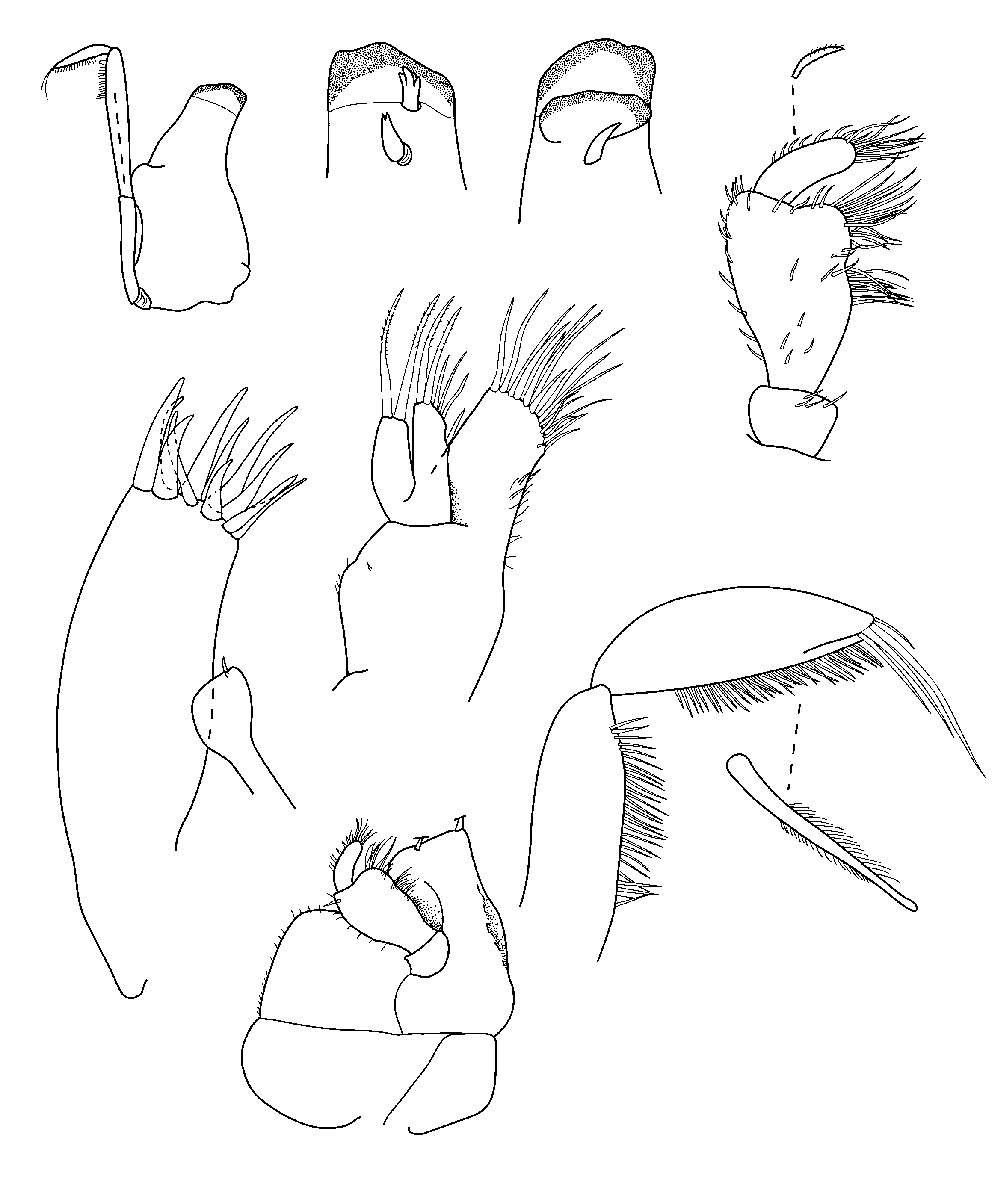 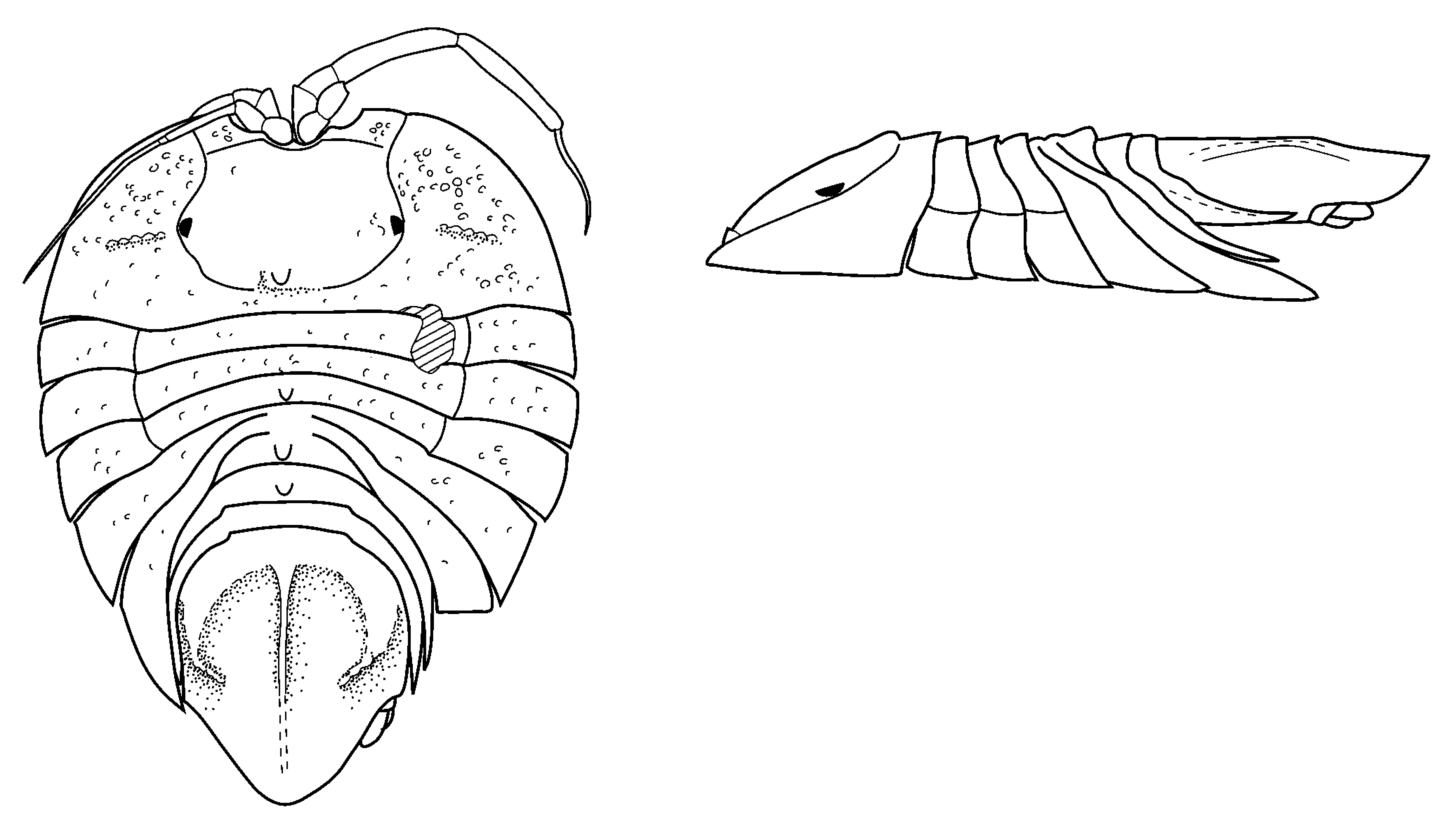