Remarks. This species has the same main structure of the antennae and frons compared to male L. latipes   . The two types are therefore inferred to be male with some uncertainty. Although the protibiae are narrower and intermediate between this genus and Afromicracis   , it has long spatulate setae on the legs, and a gradually curved pronotum with small asperities, further supporting inclusion in Laximicracis   .

Only four specimens have been collected, from four different localities across the green dry belt from Angola to Tanzania. This species and L. latipes   were both collected by light trap, in dry forest and thicket patches. 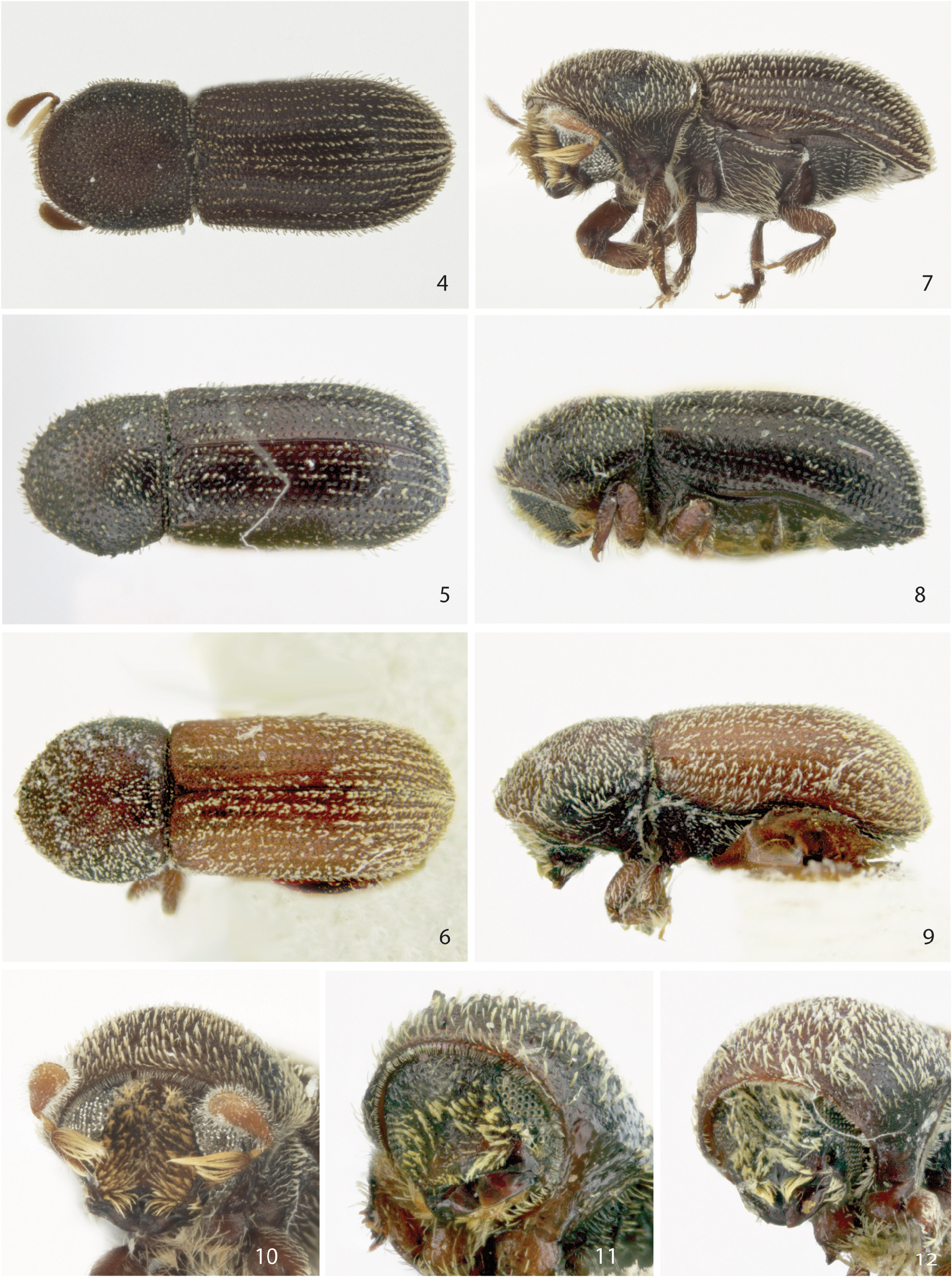