Etymology. The specific name, used as a noun in apposition, is in reference to the indigenous Muskogee, or Creek, Native Americans who occupied the upper Coosa and Tallapoosa River valleys flanking the Talladega National Forest area prior to European settlement. The common name, Muskogee snowfly, is proposed for this species ( Stark et al. 1998)

Allocapnia muskogee   is distinguished from the other two members of this group most easily by details of the epiproct, in both lateral and dorsal aspects. The ratio of the apical limb length to the basal limb length varies across the A. mystica   group. The apical limb of A. mystica   is markedly shorter than the basal limb, approximately 0.75X the length ( Figs. 17–18 View Figs ). In contrast, the apical limb of A. muskogee   is 2X the length of the basal segment ( Fig. 1 View Figs ) and 1X – 1.5X for A. wrayi   ( Figs. 9–10 View Figs ). Kondratieff & Kirchner (1982) illustrated the variability of the epiproct for Maryland and Virginia specimens of A. wrayi   , depicting apical to basal limb ratios of 1.5X (their Fig. 1 View Figs ) and 1X (their Fig. 2 View Figs ), which is similar to the 1.5X ratio shown here for two separate series of specimens from western Maryland ( Figs. 9–10 View Figs ). Additional specimens of A. wrayi   examined from Maryland, Virginia, North Carolina and South Carolina pertain easily to this concept.

The dorsal process of the 8 th abdominal terga of A. muskogee   , A. wrayi   , and A. mystica   are similar and provide a less objective means of differentiating between species. The dorsal process lobes of A. muskogee   vary from subtriangular to truncate ( Figs. 3–5 View Figs ) while the lobes are more rounded for both A. wrayi   ( Figs. 11–12 View Figs ) and A. mystica   ( Figs. 19–20 View Figs ).

Although A. mystica   is distributed broadly across the unglaciated landscape east of the Mississippi River ( Kondratieff & Baumann 2000; Stark et al. 2008) and is common throughout Alabama ( James 1972), it is not a resident of upland or montane streams in the Talladega National Forest area. Allocapnia wrayi   is regionally distributed in small, upland streams from southern Pennsylvania south to northwestern South Carolina, and has yet to be collected west of the Appalachian Mountains ( Ross & Ricker 1971; Kondratieff & Baumann 2000; Stark et al., 2008). The single male specimen of A. muskogee   from northern Georgia currently represents the northern end of its range.

Remarks. The type locality is a small, intermittent stream situated within a broad, flat valley. The only other stonefly species collected with A. muskogee   , and only from the tributary to Cheaha Creek site, were A. aurora Ricker   , A. menawa   n.sp., and A. recta (Claassen)   . 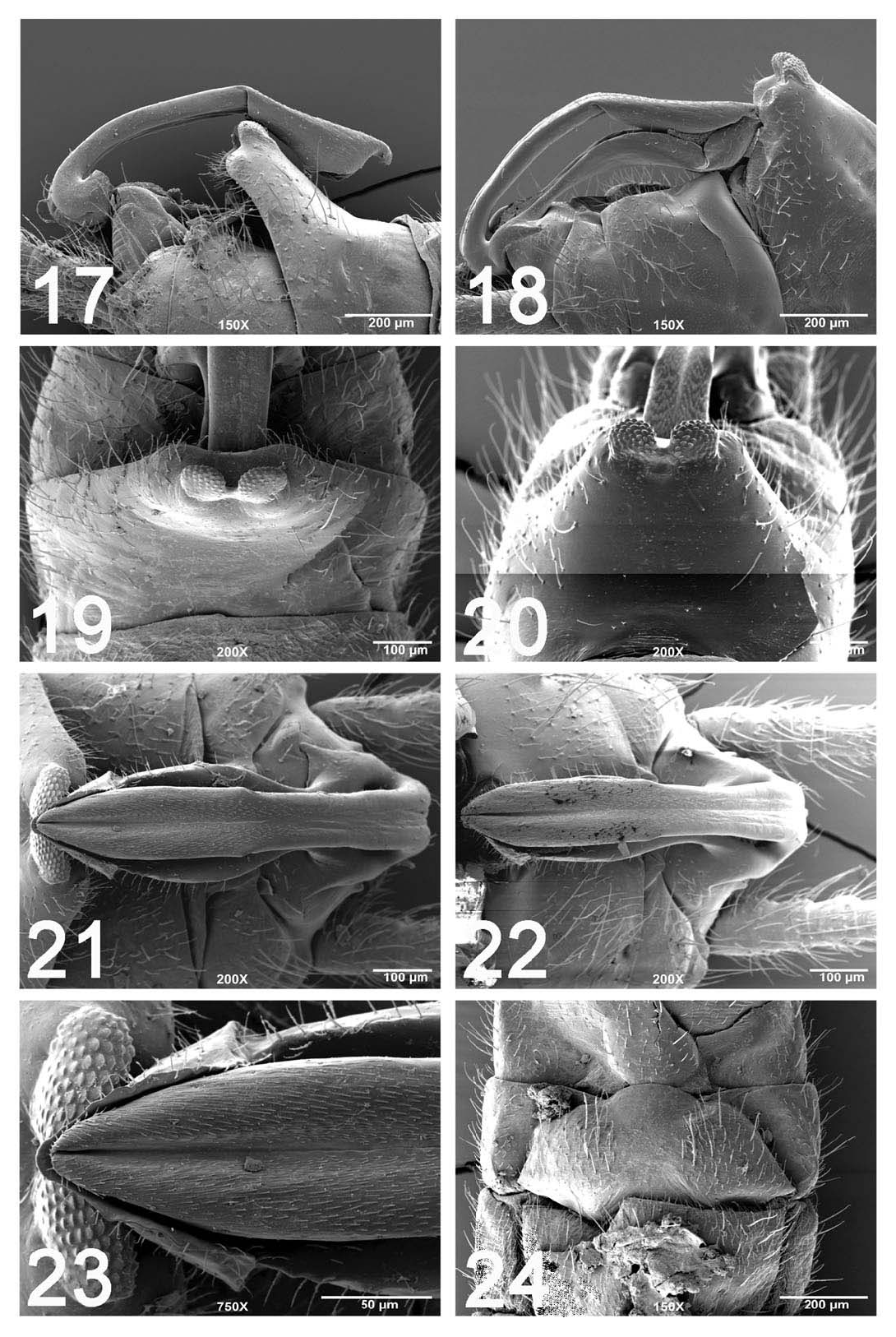