The holotype specimen was caught from a fast flowing stream, hiding under vegetation at the edge of the stream. The collection site is about 200 m from the sea.

The name is derived from Latin, macro, large, and dentata, toothed, alluding to the large teeth on the dorsal margin of the rostrum.

With regard to the form of the rostrum, the large number of uropodal spinules and the form of various pereiopods, Caridina macrodentata   should be referred to the C. weberi   species group. In the group, it is most similar to C. weberi papuana   , which, however, can be separated from C. weberi papuana   by its longer rostrum, the larger rostral teeth and the biunguiculate dactylus of the fifth pereiopod.

The new species is also close to C. okinawa   , new species. The rostral formula, the form of the preanal carina, and pereiopods are shared only by these two species in the Ryukyus. Caridina okinawa   was found from subterranean water in Okinawa, central Ryukyus, while C. macrodentata   was caught from epigean waters in Iriomote, southern Ryukyus. Caridina macrodentata   differs from C. okinawa   by its well developed eyes, larger teeth on the dorsal margin of the rostrum, the relatively broad scaphocerite (2.5 time as long as wide vs. 2.8 times); the longer fingers of the first pereiopod (as long as palm vs. 0.6 times), the longer fingers of the second pereiopod (1.7 times as long as palm vs. 1.3 times) and the shorter stylocerite (does not reach the end of basal segment of antennular peduncle vs. reaching).

Cai and Ng (2001) doubtfully referred a damaged specimen from Halmahera, Indonesia, to Caridina pareparensis De Man, 1892a   . According to the available characters, especially the rostrum and the first pereiopod, it most probably belongs to the present new species, and is formally referred to it here. 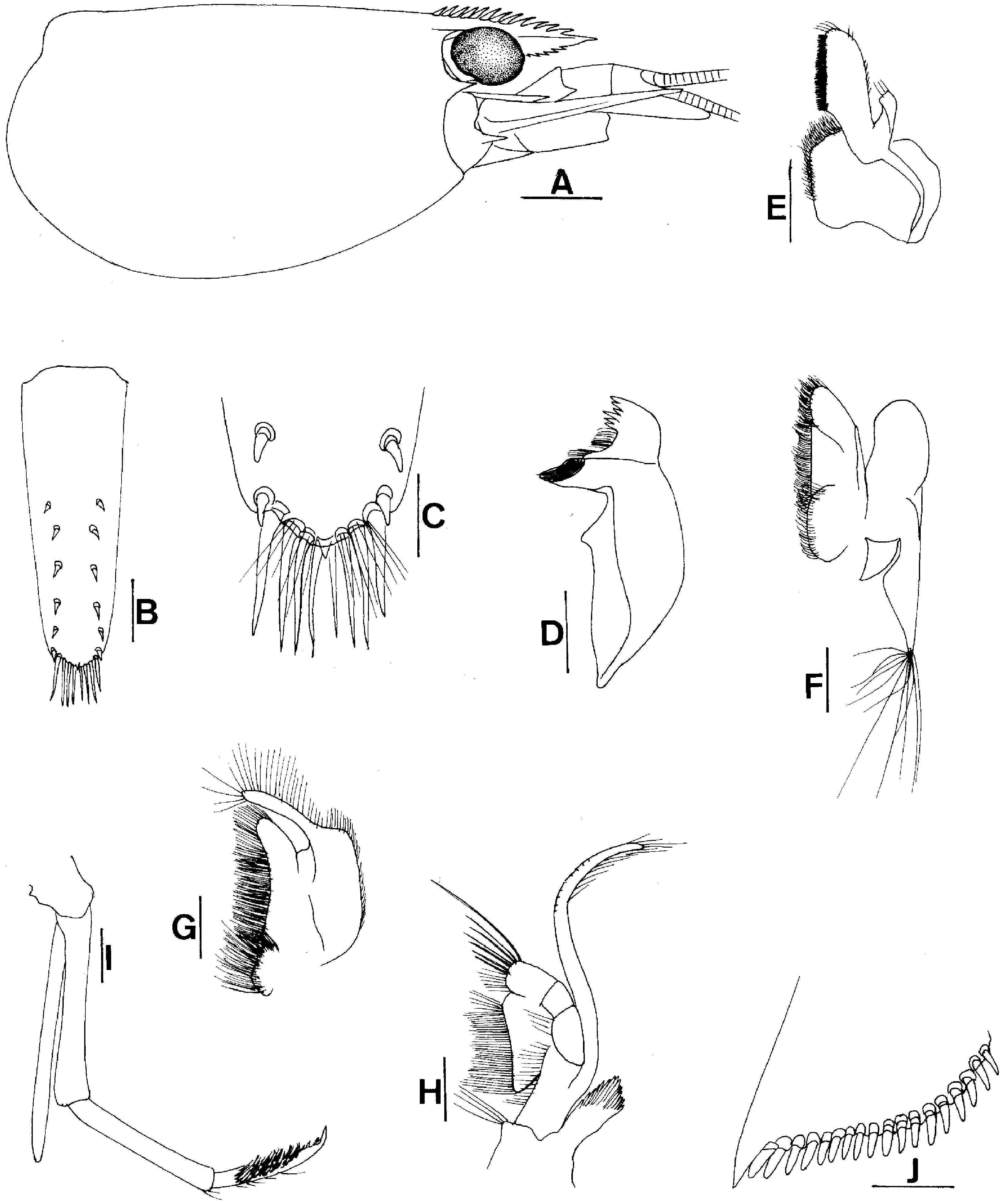 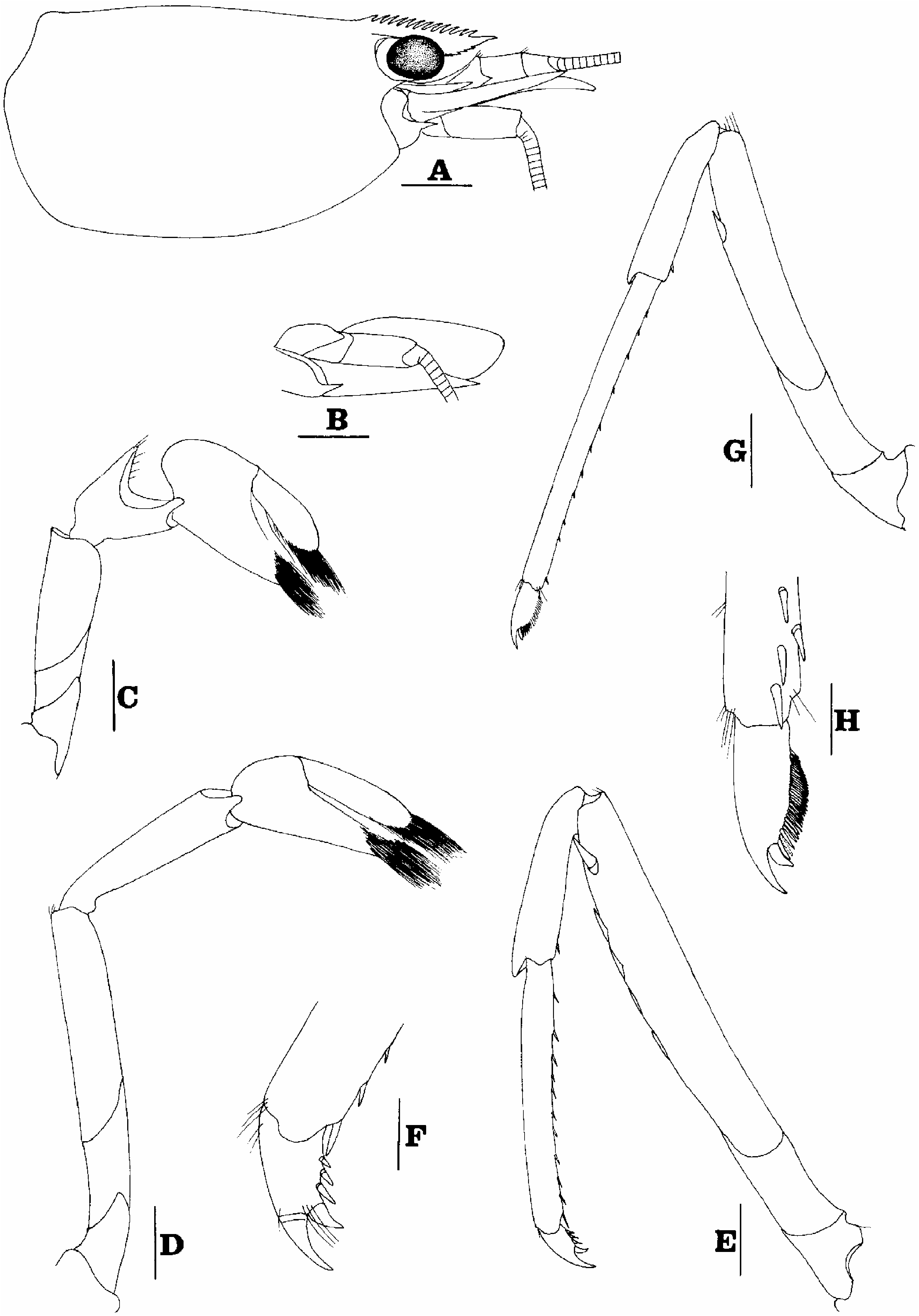