Halocaridinides Fujino and Shokita 1975   , was originally established as a subgenus of Halocaridina   . Palauatya   was established based on Palau material by Hart (1980). Based on a collection from Palau, Holthuis (1982) synonymized Palauatya   with Halocaridinides   and raised the latter to full generic rank. Halocaridinides trigonophthalma   has been found from Okinawa Island, and Hatoma Island of the Ryukyu Islands (Fujiino and Shokita 1975; Shokita 1975, 1979; Naruse et al. 2003), Palau Islands ( Hart 1980; Holthuis 1982) and Guam ( Maciolek 1983). Gordon (1968, in Gordon and Monod 1968) described a new species from a subterranean lake in Kufile, Zanzibar, and doubtfully placed it in the genus Parisia Holthuis 1956   . Gurney (1984) moved it to Halocaridinides   and redescribed it in detail as H. fowleri   after re-examining the types. Halocaridinides trigonophthalma   could be easily distinguished from H. fowleri   by the relative position of the distal end of the antennal carpus (reaching as far as the distal end of the antennular peduncle in H. trigonophthalma   vs. reaching as far as the distal end of the antennal scale in H. fowleri   ). Naruse et al. (2003) used the relative length of the exopod of the third pereiopod against the endopod as one of two characters to differentiate H. trigonophthalma   from H. fowleri   . However this character is too slight to separate two species (see Hart 1980, Fig. 15 View Figure 15 ; Gurney 1984, Fig. 2B View Figure 2 ). The disjunct localities in the West Pacific may reflect a possible passive dispersal path by ocean current as suggested by Smith and William (1981) and Maciolek (1983).

Known from the Ryukyu Islands, Japan, Palau, and Guam. 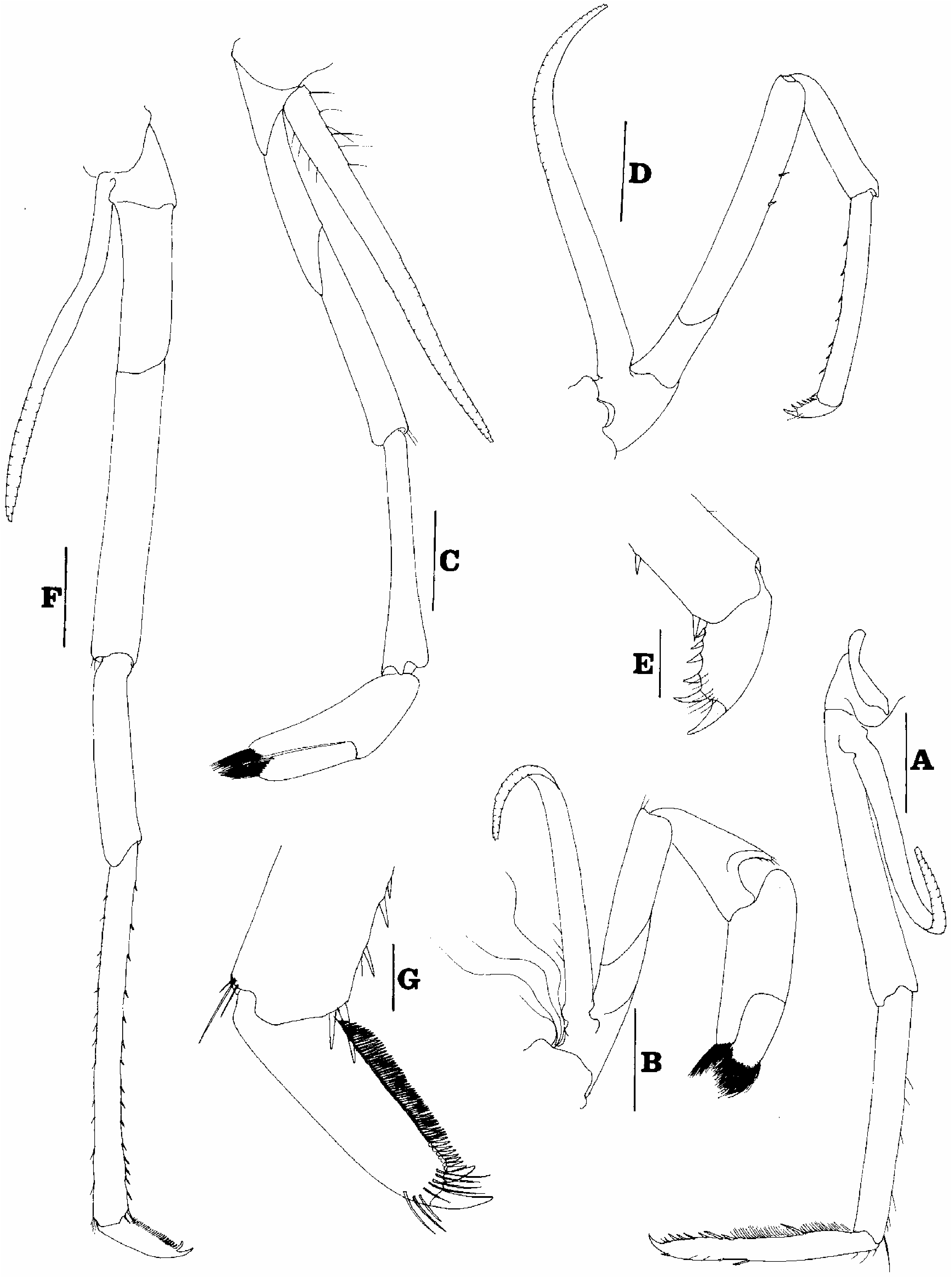 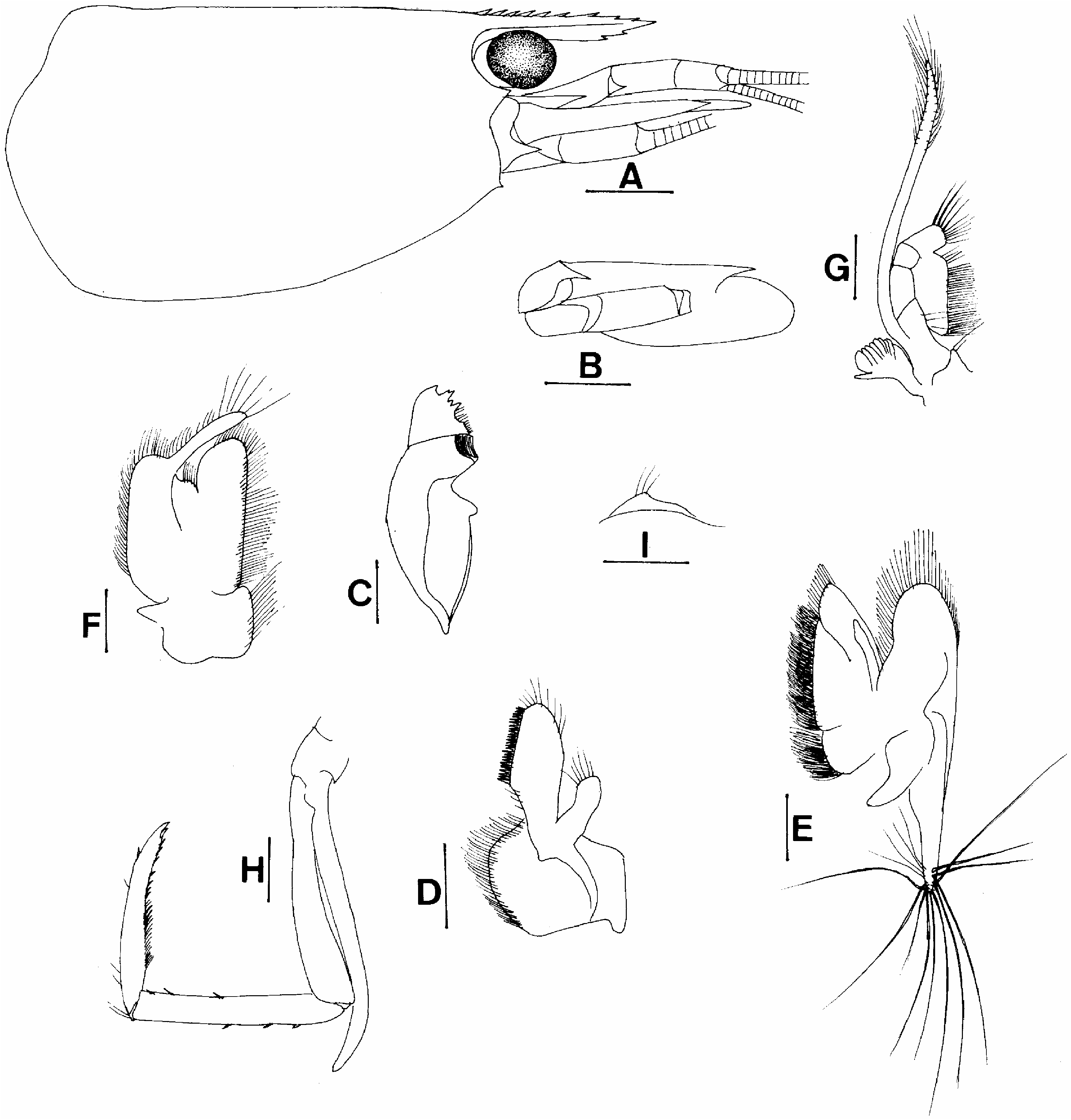