Mortoniella brachyrachos   is perhaps most similar to M. florica (Flint)   , resembling that species in possessing upright dorsolateral processes on the dorsal margin of the phallicata and in having a short inferior appendage without elongate apicolateral or apicomesal processes. It is distinguished from M. florica   , and all other species, by its short, spinose paramere appendages.

Etymology. This species is named M. brachyrhachos   , as a noun in apposition, from Greek words for short stem, referring to the short setose paramere appendages of this species. 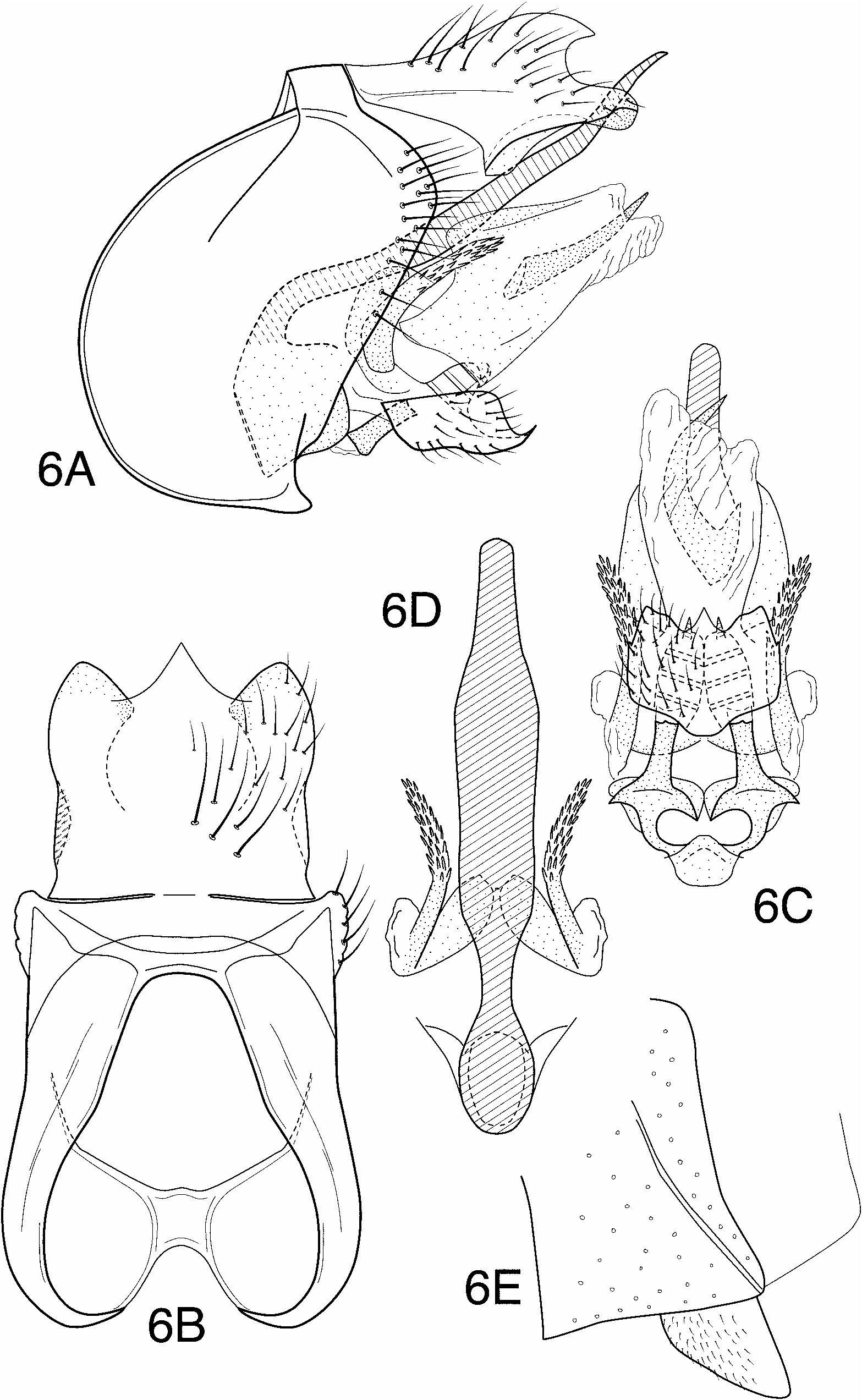