Distribution, habitat, and hosts:— The species is only known from a small area in the municipality of São Gabriel, Bahia   (11°11’45”S 41°50’10”W). Flowering plants were observed in March and April, and ripe fruits were found in July and August. It occurs in the seasonally dry tropical forest, known as caatinga. Local climate is mostly semi-arid, classified as CwB under the Köppen climate classification, with the mean annual temperature of 23ºC, total rainfall of 500 mm.year -1 and a long dry season between May and September ( Oliveira 2009). Soil is mostly derived from crystalline bedrock and limestone outcrops. Vegetation is characterized by a low and open canopy and deciduous shrubs and trees, most with spines or prickles.

Conservation status:— Although it was recorded in only a small area of ca. 200 m 2, P. caatingicola   should be classified as DD (data deficient) according to the IUCN criteria ( IUCN 2010) because it could potentially have a wider range. The plant is visible only when flowers are exposed and, thus, is difficult to locate.

Etymology and ethnobotany:— The specific epithet highlights the fact that the new species was found in the caatinga vegetation. Local people call this plant ‘gemedeira’, the one that makes the soil groan, believing that on Good Friday the plant makes the soil tremble and groan. Unlike other species of Prosopanche   , no part of the plant of P. caatingicola   is used as food by local people.

Notes:— Prosopanche caatingicola   is closely related to P. bonacinai   , both sharing the mostly trigonous rhizome and reproductive structures smaller than those of P. americana   and P. costaricensis   ( Table 1). They can be differentiated by the number of thecae (5–8 thecae in P. caatingicola   vs. 20–30 in P. bonacinai   ), shape and division of staminodes (split in two oblongoid bodies vs. entire or bilobed at the apex) and shape of the fruit (almost globose or ellipsoidal vs. obovoidal or pyriform). Prosopanche caatingicola   also has the smallest flowers in the genus ( Table 1) and was observed to be associated with three mimosoid legumes. No legume host has been cited for P. bonacinai   , and it is reported to parasitise plants of several other families, Anacardiaceae   , Apiaceae   , Aquifoliaceae   , Asteraceae   , Chenopodiaceae   , Malvaceae   , Rhamnaceae   and Solanaceae   ( Cocucci 1965, Cocucci & Cocucci 1996). 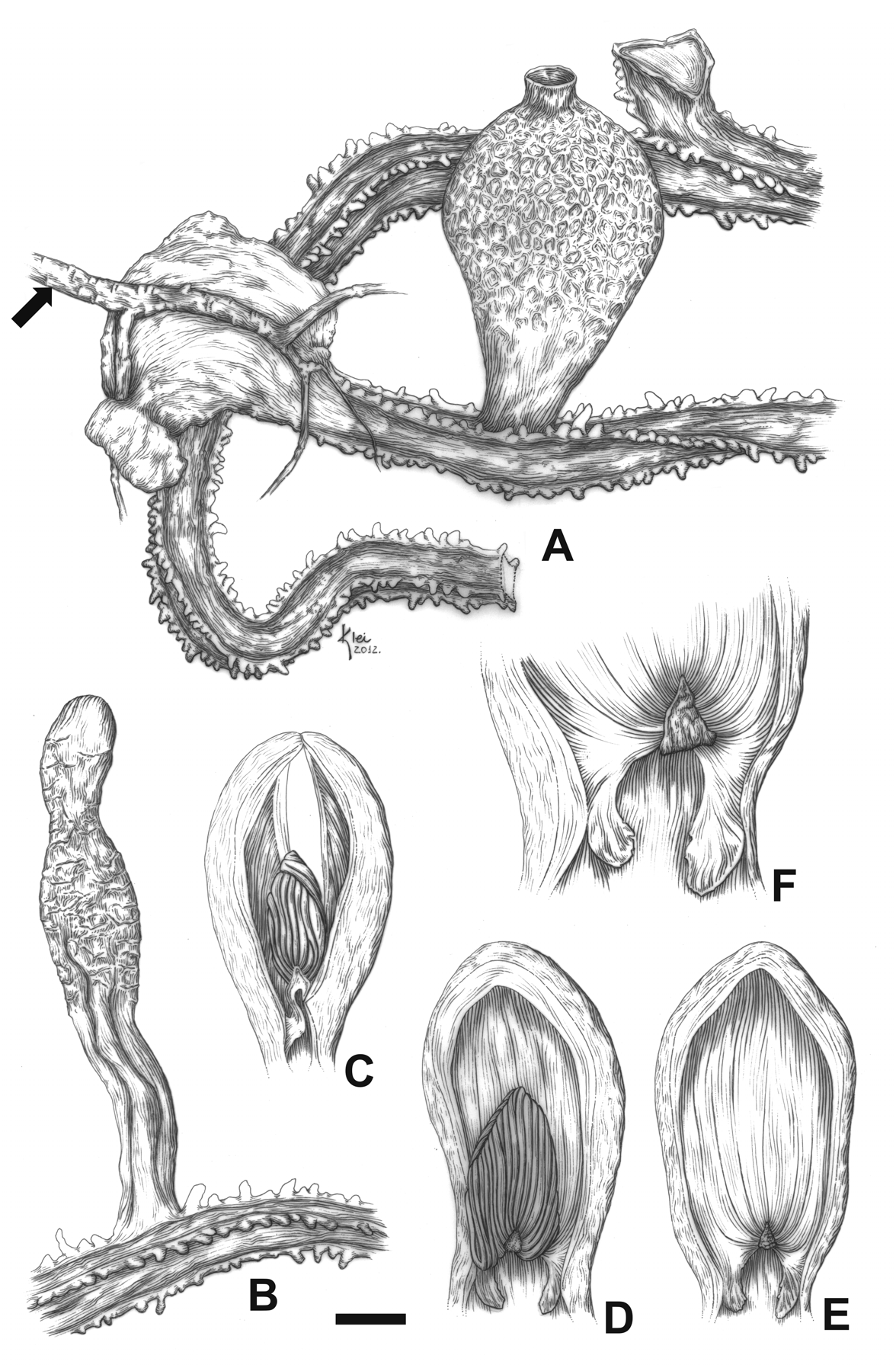 FIGURE 2. Prosopanche caatingicola. A–B. Plant removed from the ground, showing an underground flower bud (A) and a piece of the host root (B). C. Underground fruit exposed by removing its surrounding. D–E. Ripe fruit opened (E) to show the placenta and abundant seeds. F. Flower bud. G–J. Tip of the flower with one (H) or two (I–J) tepals removed to show synandrium (H–I) and staminodes (J). Photos by Ricardo Machado.