Remarks. Nicolea murrayae   n. sp. differs from the only other Australian species of Nicolea   , N. amnis   , which was recorded from Lizard Island by Hutchings & Glasby (1988), in terms of number of pairs of notopodia and in having relatively few (2–3) dichotomous branchings on the branchiae; material identified as N. amnis   by Hutchings & Glasby (1988) from Lizard Island was examined and is transferred to this new species.

Nicolea amnis   , originally described from Botany Bay, NSW, by Hutchings & Murray (1984), has 16 pairs of notopodia and two pairs of branchiae with dichotomous branches throughout their length. Subsequently Hutchings & Glasby (1988) expanded the distribution of this species to all around Australia and suggested that the number of pairs of notopodia was highly variable. They also suggested that N. amnis   occurred over a wide depth range, from intertidal to 71 m.

However, we now believe that N. amnis   has a much more restricted range and we suggest that records distant from the type locality should be re-examined. This just reinforces the statement made by Hutchings & Murray (1984) that an urgent revision of the group is needed and that many of the currently known species are poorly known. The reported variation into the number of pairs of notopodia ( Hutchings & Glasby 1988) needs a careful reevaluation and other characters, such as distribution and arrangement of papillae, distribution of ventral pads, and shape and orientation of uncini, which are rarely mentioned in other species descriptions, need to be carefully documented to distinguish between the species of this genus.

Etymology. This species is named after Anna Murray, who participated in the Lizard Island workshop and has had a long involvement in documenting the Australian polychaete fauna.

Distribution. Known only from the Lizard Island region. 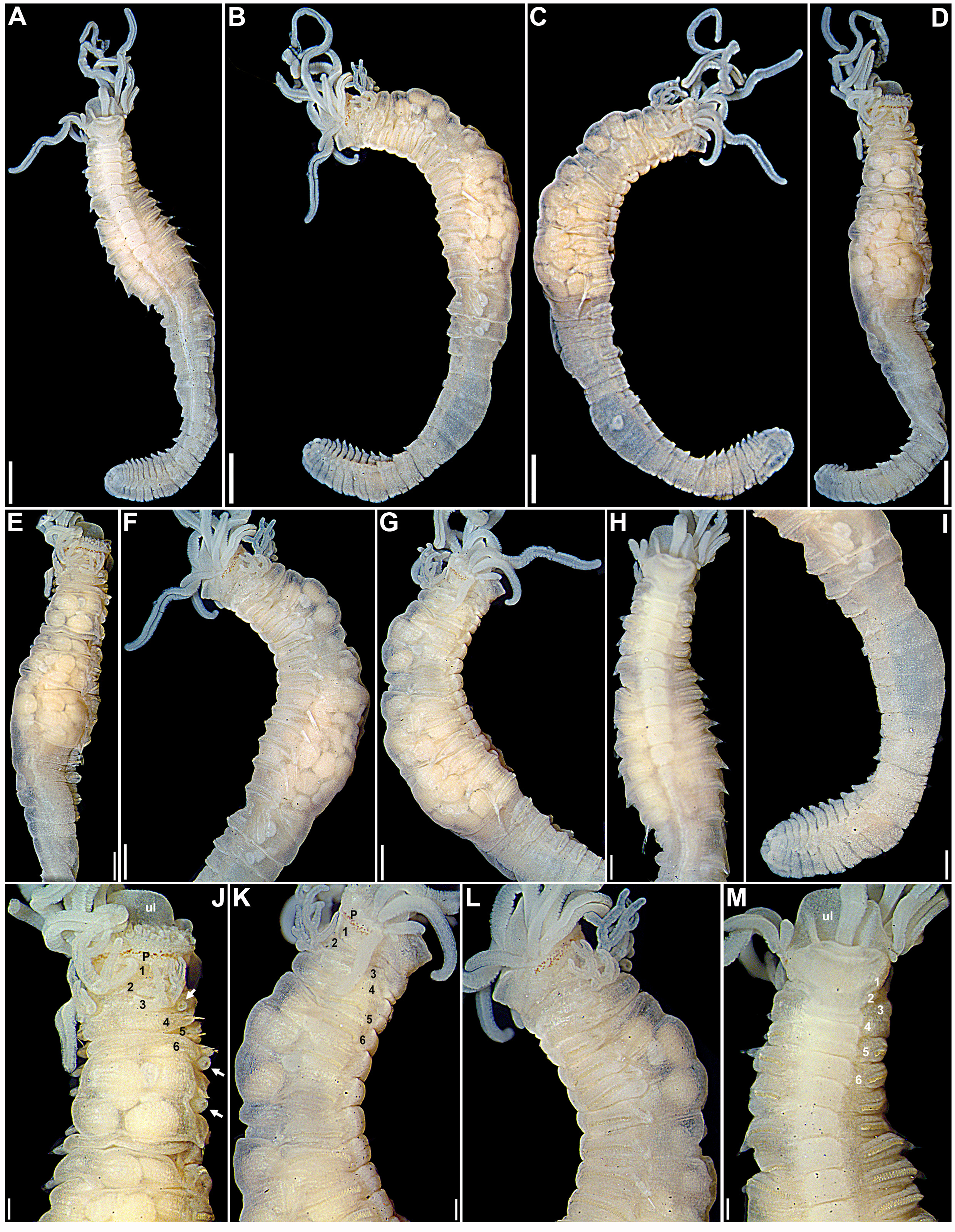 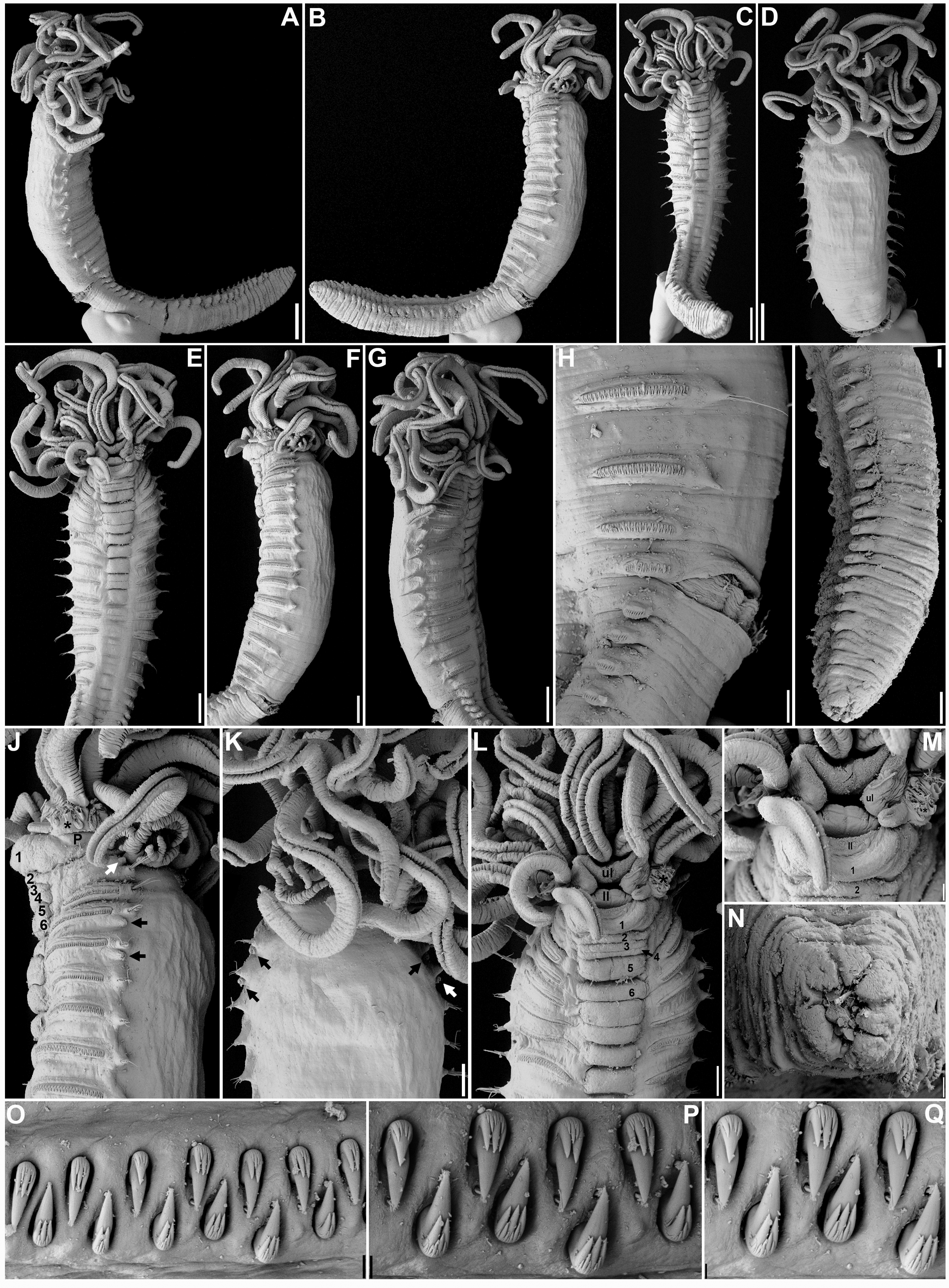 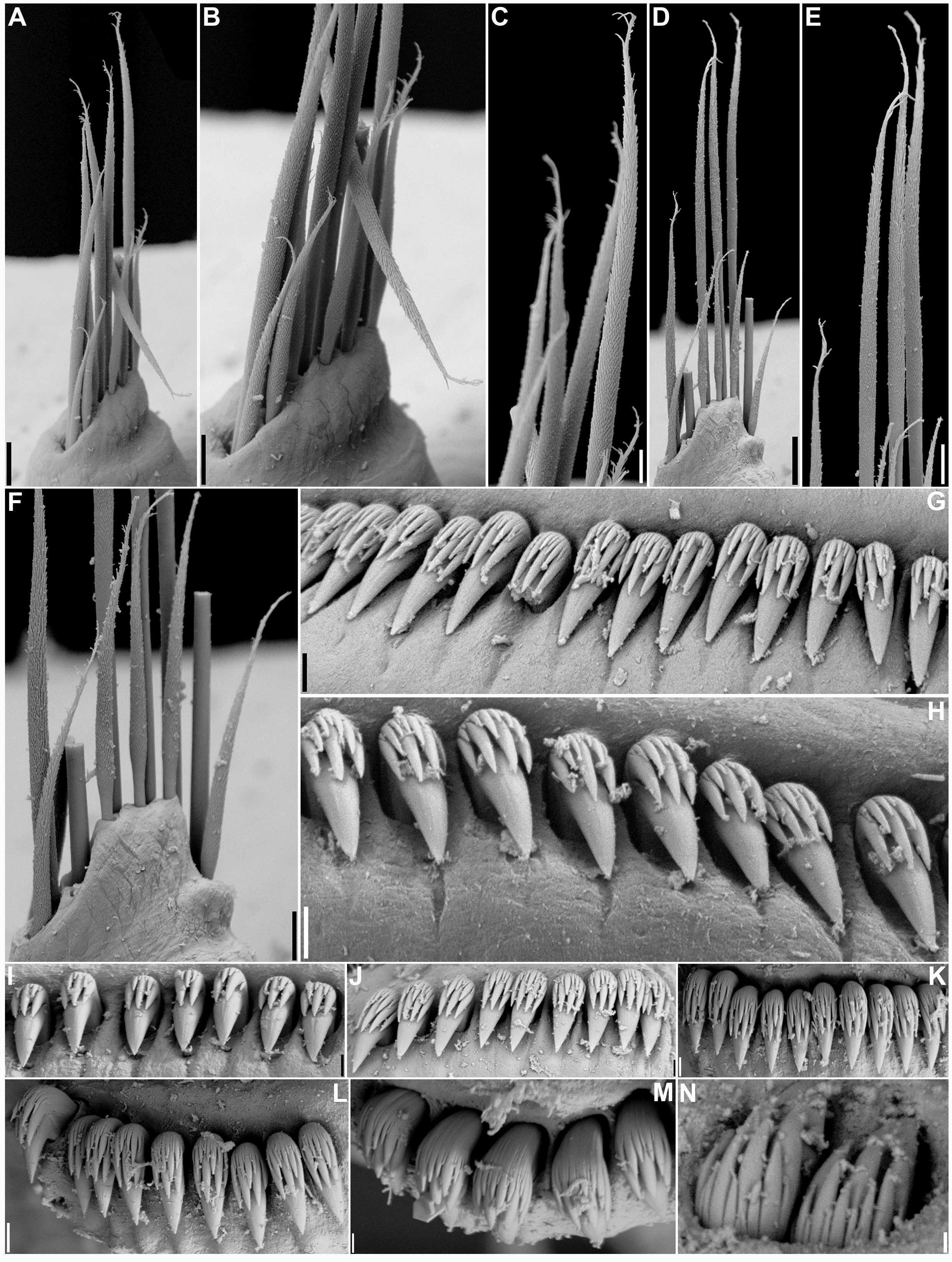