Body firm, thick-skinned, with well-calcified dermal denticles; surpaorbital crest of the chondrocranium present. Teeth similar in upper and lower jaws; small and numerous; multicuspid in 2–3 series, each with a long median cusp flanked by one lateral cusplet, less than one half the length of median cusp, cusps conical at the apex, striate near the bases. Upper jaw tooth count, 59; lower jaw tooth count, 62. Vertebral counts based on a 193 mm specimen ( CAS 224880) are: total vertebral number 129, monospondylous 47, precaudal 81, and pre-caudal diplospondylous 34.

Coloration. In life lightly pigmented background color, from crème to light-beige; pale below; dark-grey, tan, and deep brown mottling dorsally and laterally, and on fins; spotting and mottling simple in juveniles and intense in adults, possibly obscuring the dorsal saddles; the dorsum, lateral surfaces, and ventrum have no obvious boundaries; the ventral surface has much fewer markings. Seven dorsal bands in younger specimens which seem to fade in adulthood; the first behind eye, second over base of pectoral, next between it and first dorsal where another is, and finally last at second dorsal; two broad cross bars on caudal, one at base of caudal, the other near its tip.

Comparison with other species. Cephaloscyllium umbratile   , formerly synonymized with C. isabellum   , is upheld as a valid species based on the combination of a few key characters. Cephaloscyllium umbratile   is not a dwarf species of swellshark. Hence, maximum size differences allow it to be distinguished from C. circulopullum   , C. fasciatum   , and C. sarawakensis   .

The color pattern of C. umbratile   can be used to for field identification; it has seven distinct dorsal bands that are usually deep-brown in life, three of which are pre-first dorsal fin. However, taxonomy should not be based on these bands alone, as they become obscure in adulthood. We disagree with Yano et al. (2005) concerning the dark lateral blotch in this species. Although adult C. umbratile   may appear to have a dark lateral blotch between the paired fins due to intense mottling, there is no such blotch in younger, smaller specimens. Since young C. umbratile   lack a dark lateral blotch, it can be easily distinguished from C. circulopullum   and C. sarawakensis   .

Additionally, a few characters can be used to separate this swellshark from other large-sized species, specifically C. isabellum   . The first dorsal-fin base of C. umbratile   is relatively short ( Fig. 13 View FIGURE 13 ) in proportion to TL. The length of the first dorsal base of C. umbratile   remains at a constant proportion to TL compared to C. isabellum   . Cephaloscyllium isabellum   has a dorsal-fin base that increase slightly with increased TL.

Distribution. Cephaloscyllium umbratile   occurs in the western North Pacific, including Taiwan, Japan, and the China Sea ( Compagno et al. 2005 a).

Etymology. The species was named after the Latin umbra for shaded. 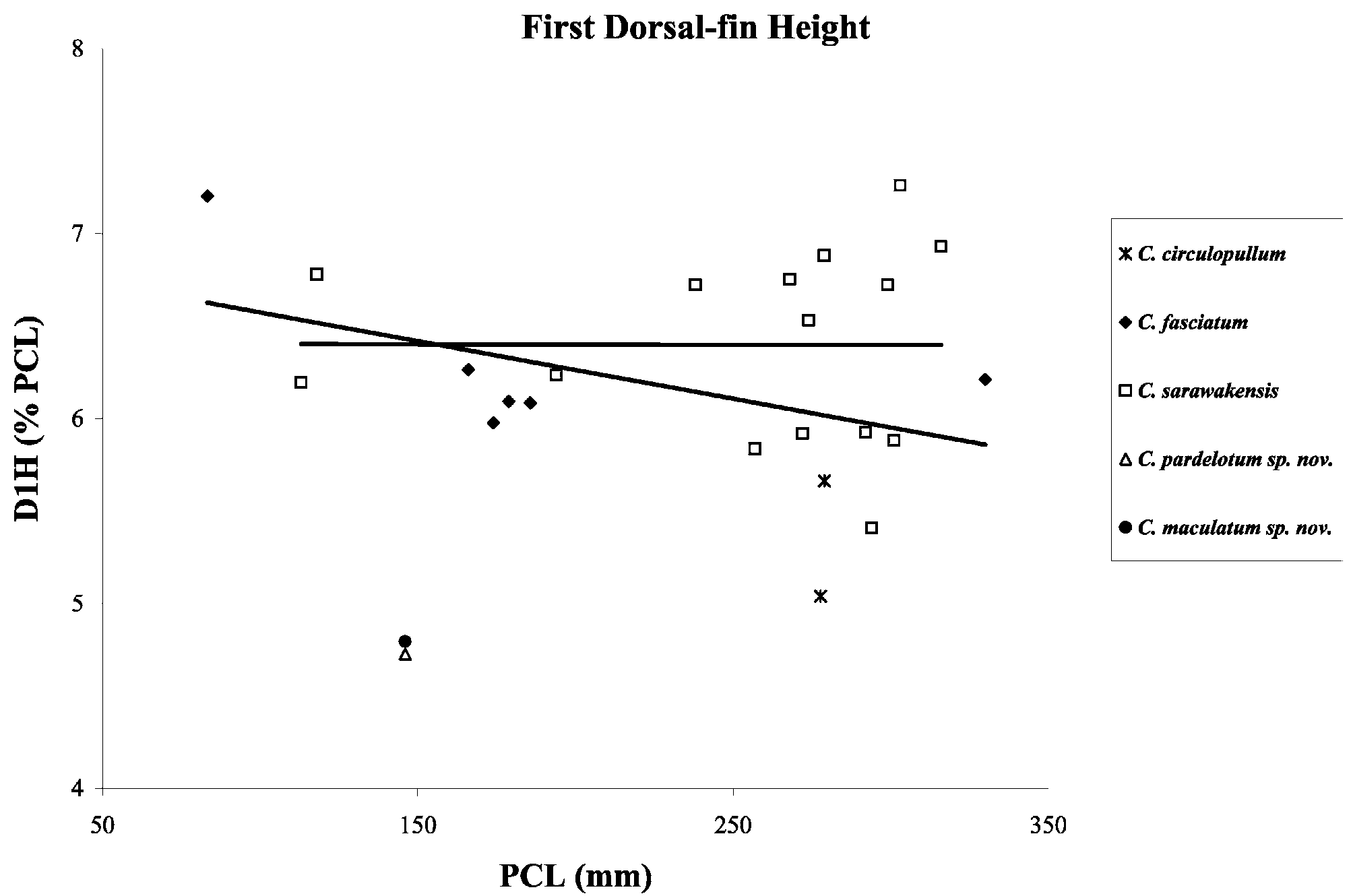 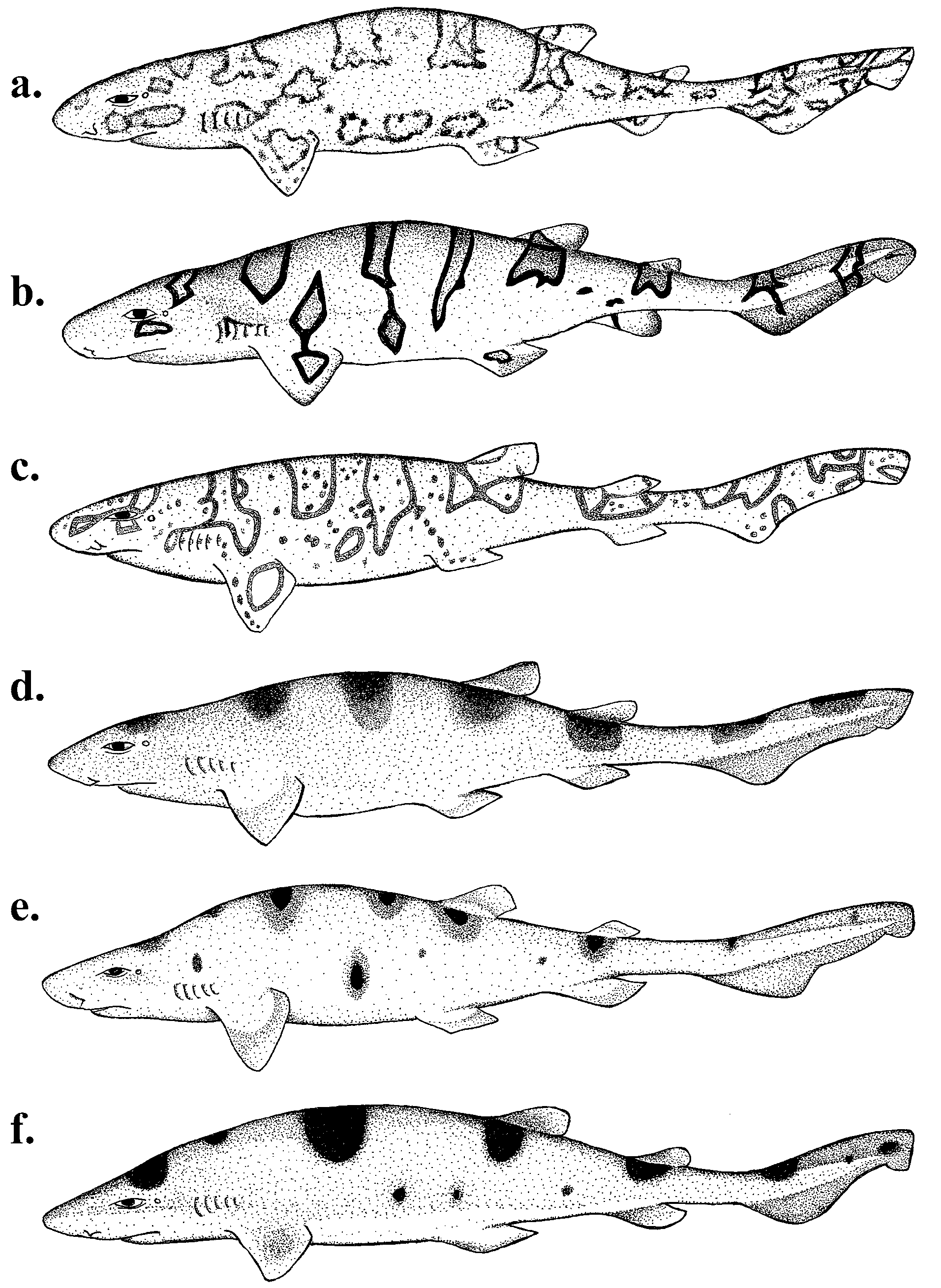 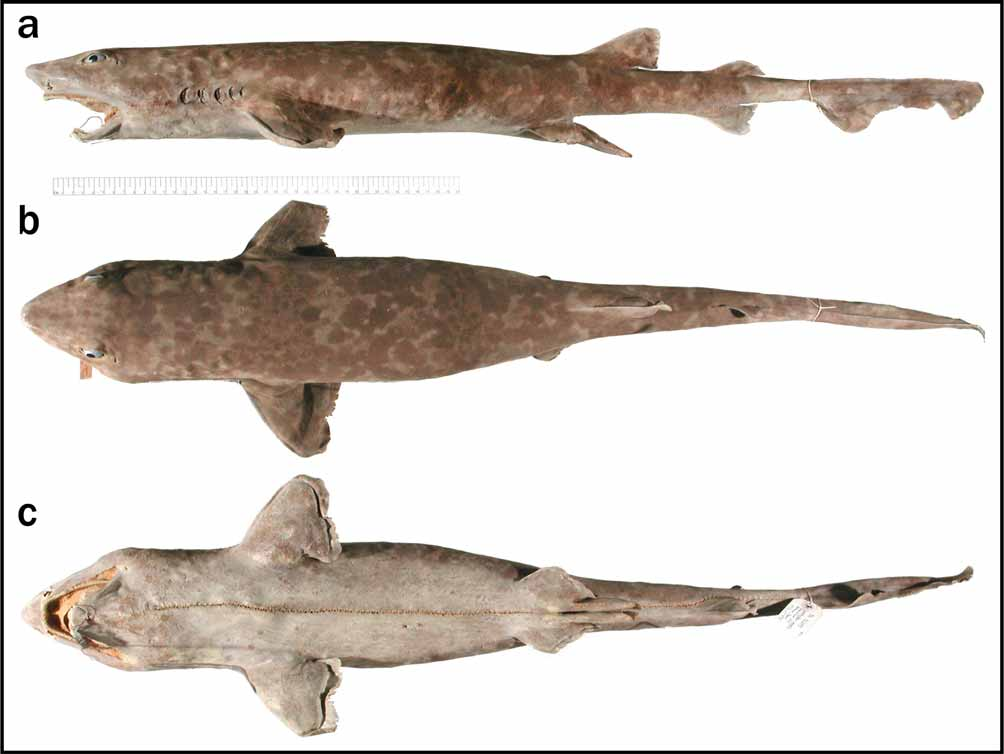 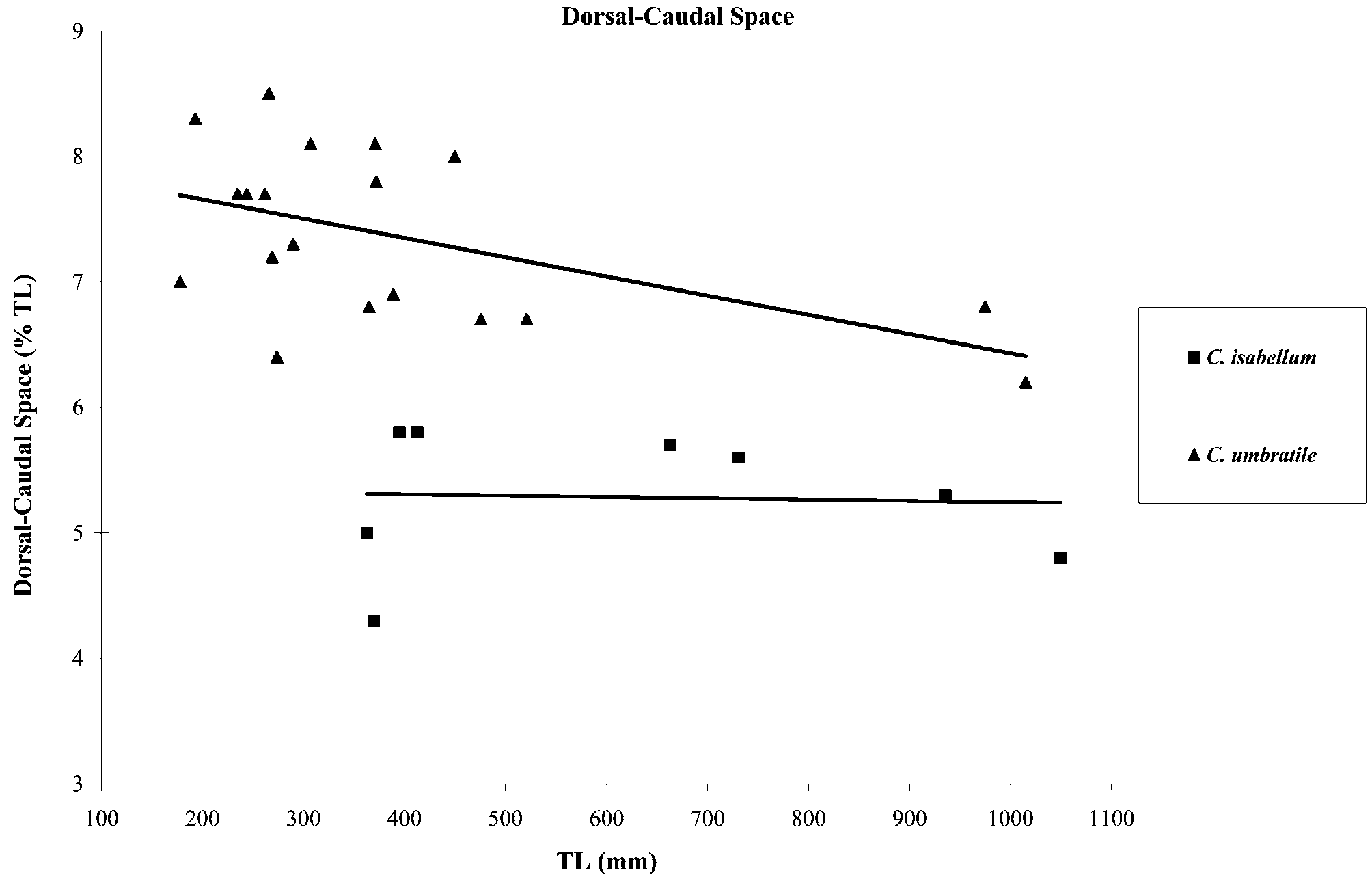 TABLE 2. Morphometric and meristic data for the holotype (HT) specimen for Cephaloscyllium umbratile (SU 12693), including mean and range for the C. umbratile specimens available, and Cephaloscyllium fasciatum (BMNH 1965.8.11.1), plus the paratype (PT) specimen for C. fasciatum (BMNH 1965.8.11.5), and one available specimen (SU 34041). TL is the actual measurement in millimeters; all other measurements are expressed as percentage of TL. Abbreviations as in Table 1.