Tolima department, Colombia. This species was described from temporary and semi-permanent pools by Roessler (1990a). Type material (holotype) is stored in the Natural Sciences Institute of National University of Colombia ( ICN-MHN), no ICN-MHN-CR-146-85. The paratypes are stored in the ICN-MHN, no ICN-CR-147-85 to ICN-CR- 160-85, and in the Museum of Natural History of the Andes University no MUA-CR-246-85 to MUA-CR-260-85 ( Roessler, 1990a) .

Measurements of illustrated specimens (in mm)

Cp broadly rounded, with greatest height and width situated in the middle. RV with anterior selvage submarginal, small protruding flange posteriorly; valve surface pitted and set with two types of setae, normal and stiff setae. LV with internal groove along ventral margin. A2 with natatory setae reaching the tips of apical claws; CR and its attachment slender, the last with a Triebel’s loop sub-triangular in the main branch.

A2 ( Fig. 25A, B View FIGURE 25 ) with protopodite, exopodite and three-segmented endopodite. Protopodite with two ventral setae; and one long ventro-distal seta reaching the middle of the second endopodal segment. Exopodite reduced to a small plate, with one long and two unequal short setae. First endopodal segment with one ventral aesthetasc Y, one long apical seta (reaching beyond the tip of the last endopodal segment), one group of five long and one short swimming setae (the five long setae reaching to the tips of the apical claws; the short one almost reaching the middle of the penultimate segment). Second endopodal segment undivided, with two unequal dorsal setae and a group of four long ventral t setae; apically with three claws (G1 and G3 equally long, G2 slightly shorter than G1), three setae (z1 short with 3/4 of the length of z3, z2 slightly shorter than z3, and z3 longer, reaching the tip of G1) and a short apical aesthetasc y2 ( Fig. 25B View FIGURE 25 ). Terminal segment ( Fig. 25B View FIGURE 25 ) with two claws (one long GM; one short, Gm), an aesthetasc y3 with an accompanying seta (seta longer than aesthetasc), fused over a short distance only, and a fine g-seta, the latter shorter than accompanying seta of aesthetasc y3, and similar length to aesthetasc.

T1 protopodite ( Fig. 25E View FIGURE 25 ) with two short, unequal a-setae; with b and d-seta hirsute and of sub-equal length. Apically with 10 hirsute setae, subapically with a group of four such setae. Endopodite with three unequal long hirsute apical setae (not illustrated).

T3 ( Fig. 26 View FIGURE 26 A—chaetotaxy not completely shown) with three segments. First segment with three long setae (d1, d2, dp). Second segment, longer than wide, with one subapical seta (e). Third segment, also longer than wide, with one lateral, hirsute seta (f); distal part of the third segment fused with fourth segment into a modified pincer, with one apical comb-like seta (h2), one small recurved seta, 1/5 of the length of the comb-like seta, and one longer and distally hirsute seta (h3). Small tooth-like structures present near the base of the comb-like seta (arrowed in Figure 26A View FIGURE 26 ).

Strandesia tolimensis can be distinguished from the other species in this lineage by the rounded shape of the valves. The species resembles S. obtusata , but differs from it by being less high in lateral view, and wider in dorsal and ventral views, while the posterior protruding flange of the RV in left lateral view is of a different shape: short and rounded in S. obtusata and elongated and narrow in S. tolimensis .

Strandesia tolimensis was recorded in lentic and lotic environments, associated with great variety of macrophytes, with different types of life forms, in the Amazon, Araguaia, Pantanal and Paraná floodplains. This species occurred in acidic to basic environments, with a pH range of 4.7–9.5. Electrical conductivity and dissolved oxygen ranges were 12–162.2 µS. cm-1 and 0.2–8.3 mg. L-1, respectively (see Table 1). Distribution: Brazil and Colombia. 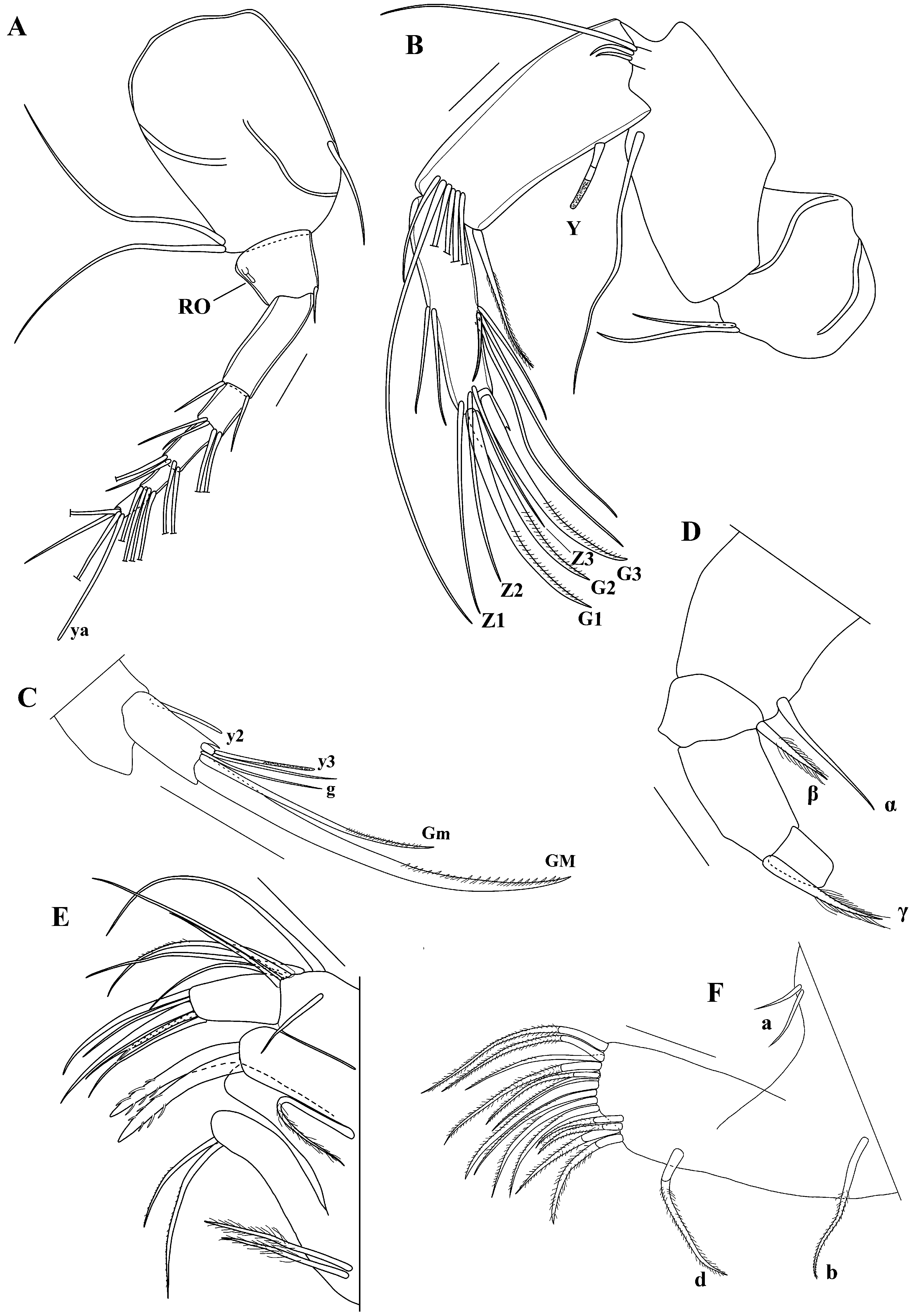