COMMENTS. The absence of submedian cephalothoracic setal pairs, combined with the presence of loculate simple pores across the dorsum precludes inclusion in Aleurodicus   , within the definition of Martin (2004) and adopted here. Indeed, this species only has dorsal simple pores of two types (loculate and porette), whereas the majority of Aleurodicus species   have at least three types of simple pores, combined with a much greater pore density in at least some areas of the dorsal surface. Whilst the four pairs of very large compound pores are certainly atypical for Metaleurodicus   , they are not typical for Aleurodicus   , either. If anterior marginal setae are indeed present then that character also suggests exclusion from Aleurodicus   . It is felt that essigi   is most suitably accommodated within Metaleurodicus   (comb. nov.).

Only a single specimen is known, but the description did not state this. Thus, the sole known specimen must be regarded as a syntype: it is therefore formally here designated the lectotype for future stability. 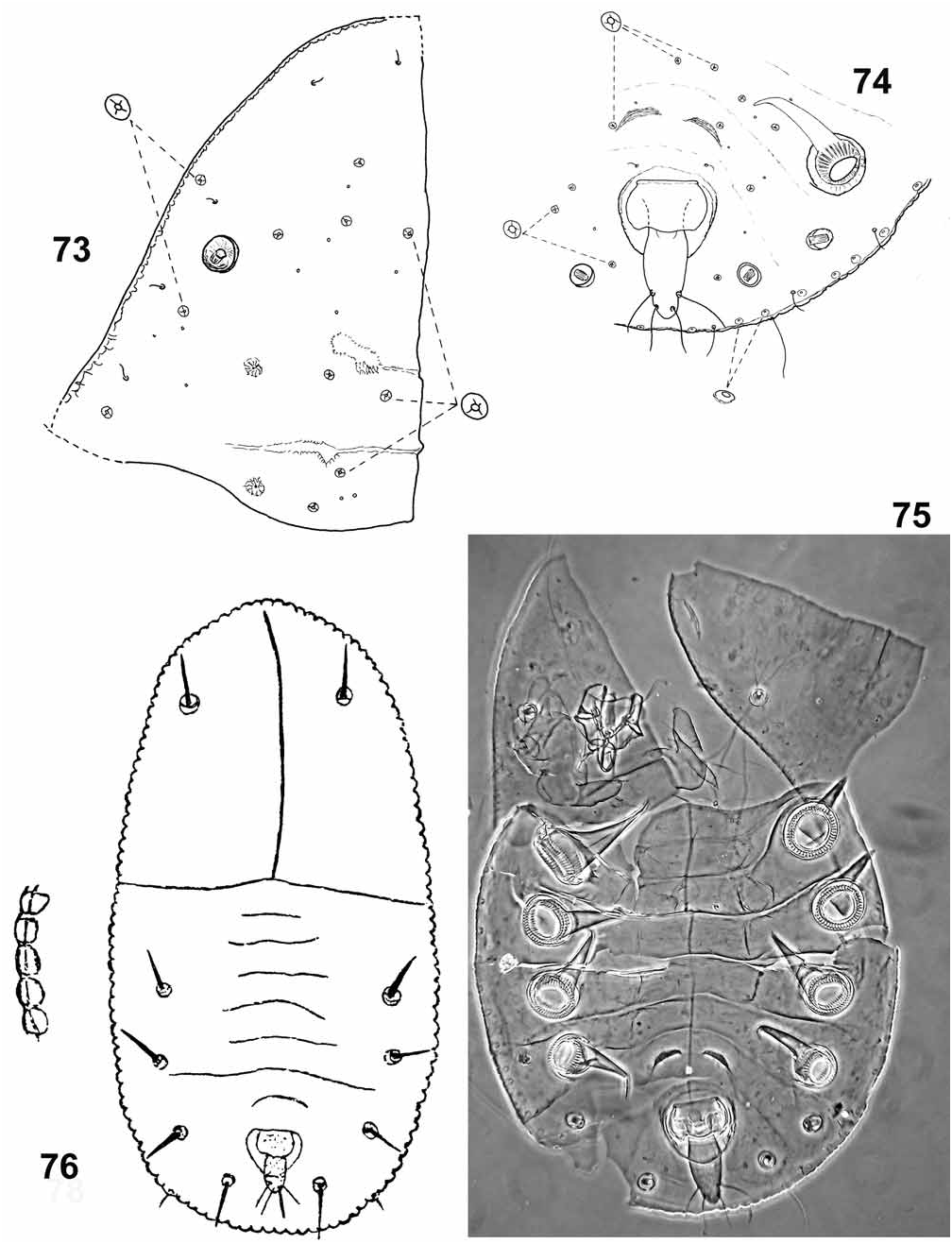