Distribution, ecology and conservation status. – The two known collections of H. dorrii are from the forest of Analalava near Foulpointe, at a low elevation near the coast, on laterite. The small number of collections suggests that the species is rare, since the area around Foulpointe was repeatedly botanized over several decades. Though the location had until recently been subject to ongoing degradation, it is now effectively protected. Thus, given the lack of knowledge regarding this species, a preliminary conservation status of “Data Deficient” [DD] seems most appropriate.

Homalium dorrii is presumed to be most closely related to H. maringitra and the newly described H. ranomafanicum , which have generally similar floral morphology (small flowers with sparse sepal indument but dense sepal gland indument). Both of those species have usually broader, elliptic to broadly obovate or obovate, at least partly alternate leaves and short sepals (to 3.5 mm in H. maringitra ) that are often barely more than half as long as the petals; both are native to mid-elevation humid forests. Homalium dorrii must also be distinguished from H. oppositifolium , which is found in eastern littoral forests and has often similarly shaped leaves and densely pubescent sepal glands. Homalium oppositifolium has a densely (to moderately) pubescent perianth, as well as denser and longer pubescence on the rachis and pedicels and sometimes on the petiole and leaf midrib; the sepals are 5-6 in number and often narrow, and the bracts and bracteoles more numerous and sometimes quite large. 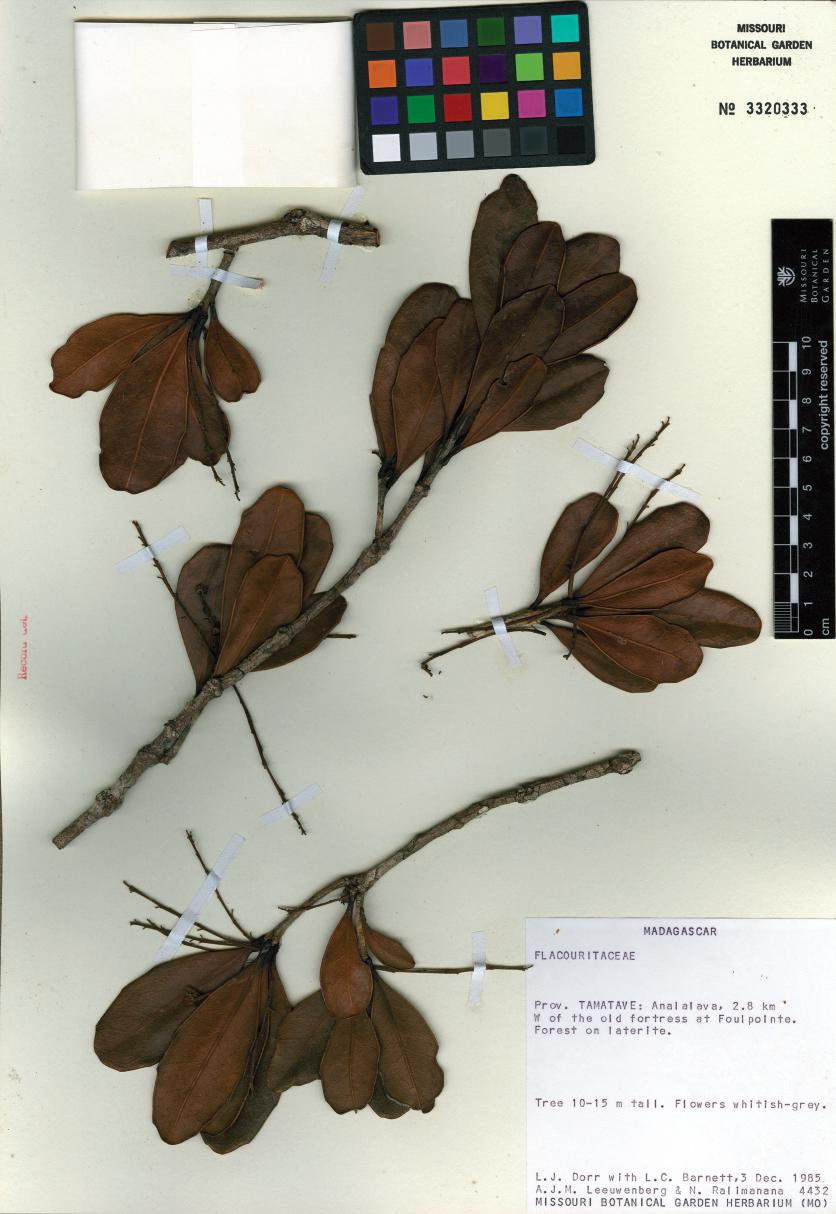