Etymology. The specific epithet refers to the position of the larval mines (Gr. hypo —“under, beneath”) on the lower surface of leaves of Polymnia Kalm.

Leaf mine. ( Figs. 76–77 View FIGURES 73–86 ) A long, rather indistinct, linear mine on the lower leaf surface, with frass in grains and beaded strips along the sides; the mine may be evident from above as a faint green line or mottling. Some mines intermittently switch to the upper surface, where they are much more distinct and appear whitish.

Phenology and voltinism. This species is at least bivoltine in Iowa. Larvae have been found in late June, with an adult emerging within a few weeks; larvae of the overwintering generation have been found from mid-October to mid-November, emerging as adults in spring.

Comments. The only previous record of an agromyzid from Polymnia   is that of an undetermined stem-boring Melanagromyza   species we reared from P. canadensis   in Iowa (Eiseman & Lonsdale 2019). The host of the Venezuelan M. polymniae Spencer   is Smallanthus riparius (Kunth) H.Rob. ( Spencer 1990)   .

Liriomyza hypopolymnia   is distinct in being quite pale with the vertical setae on yellow, the abdomen largely yellow and the scutum posteriorly yellow with a subquadrate yellow spot in front of the scutellum between the dorsocentral rows. This subquadrate spot has small points anterolaterally along the dorsocentral rows, and the few acrostichal setulae within the spot are incurved. These characters are also seen in some L. blechi   , except this species usually has the brown scutal spot divided into bands, the third dorsocentral is most reduced (not with anterior two pairs of dorsocentrals reduced with the fourth smallest), and the mid tibia has two posteromedial setae. The male genitalia of this species are also drastically different (see Lonsdale 2017a: Figs. 29–32 View FIGURES 24–31 View FIGURES 32–39 ). The genitalia of L. hypopolymnia   more closely resemble those of other species with a large, pale cup-shaped distiphallus such as L. eupatorii   , but the new species differs from most of these in having a lateromedially constricted distiphallus and a surstylus with two spines (one apical and one basal); both of these features are shared by L. sabaziae Spencer   , but this is a much darker species with a slightly smaller distiphallus that is dorsoventrally compressed on the basal half (see Lonsdale 2011: Figs. 202, 203). 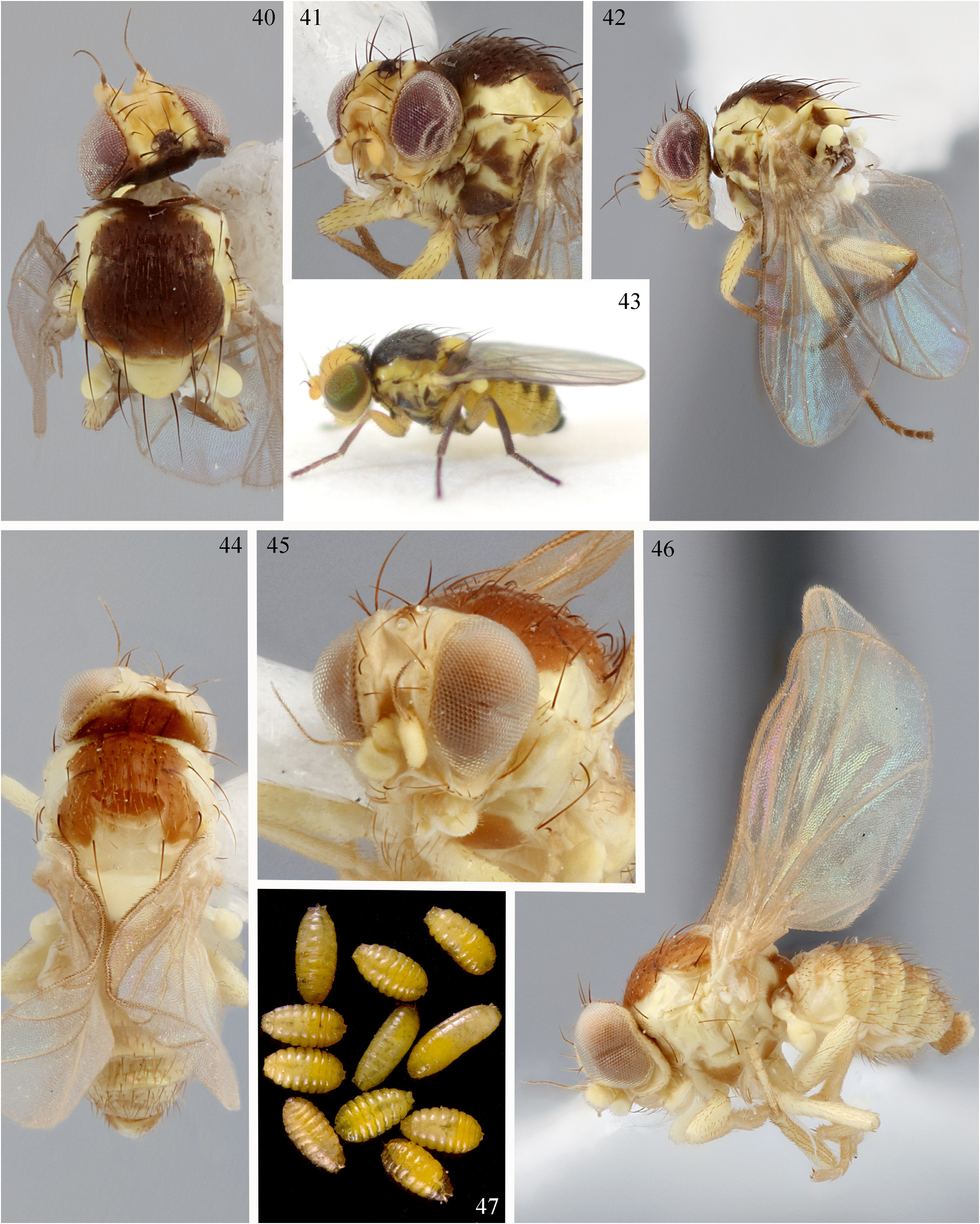 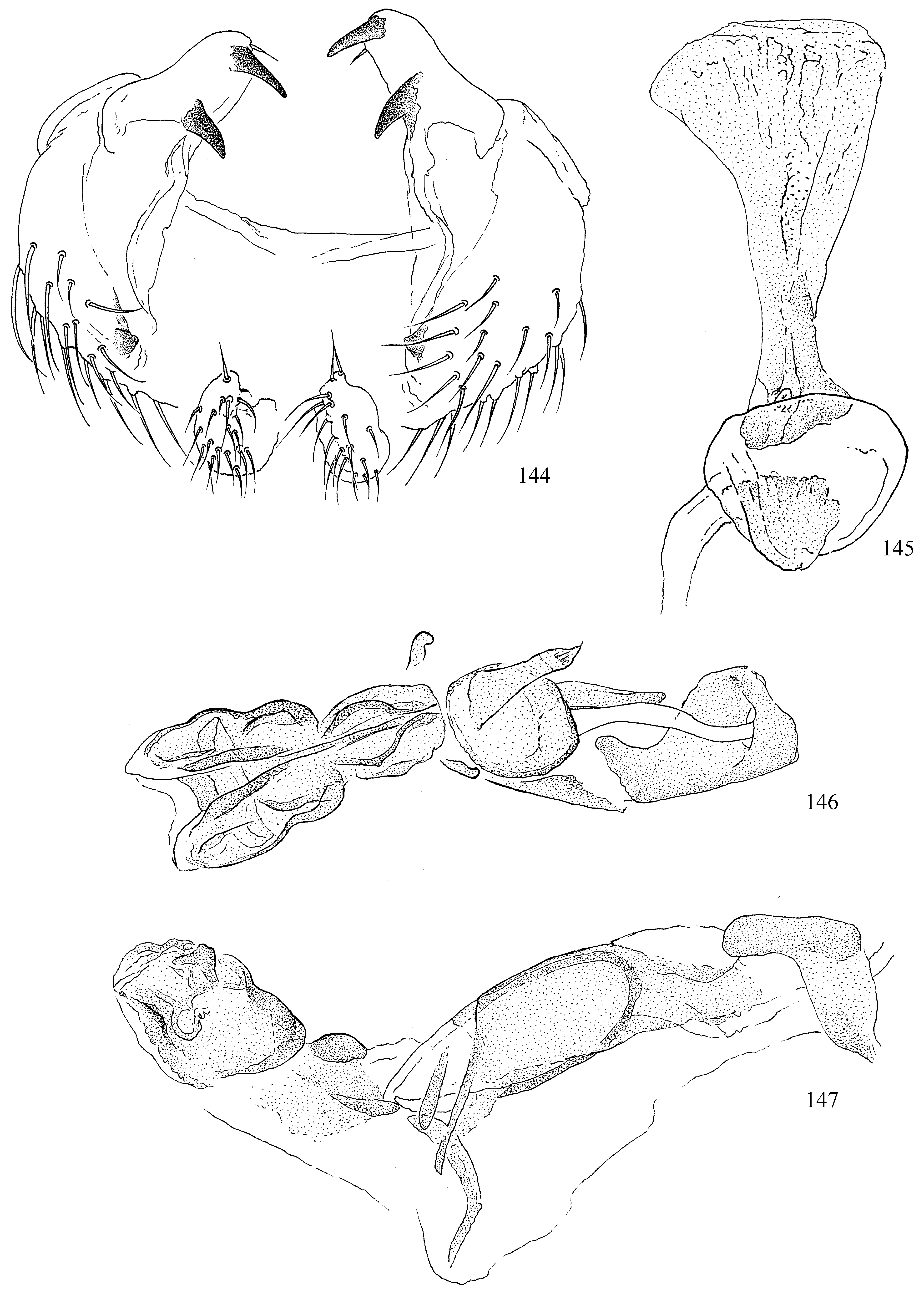 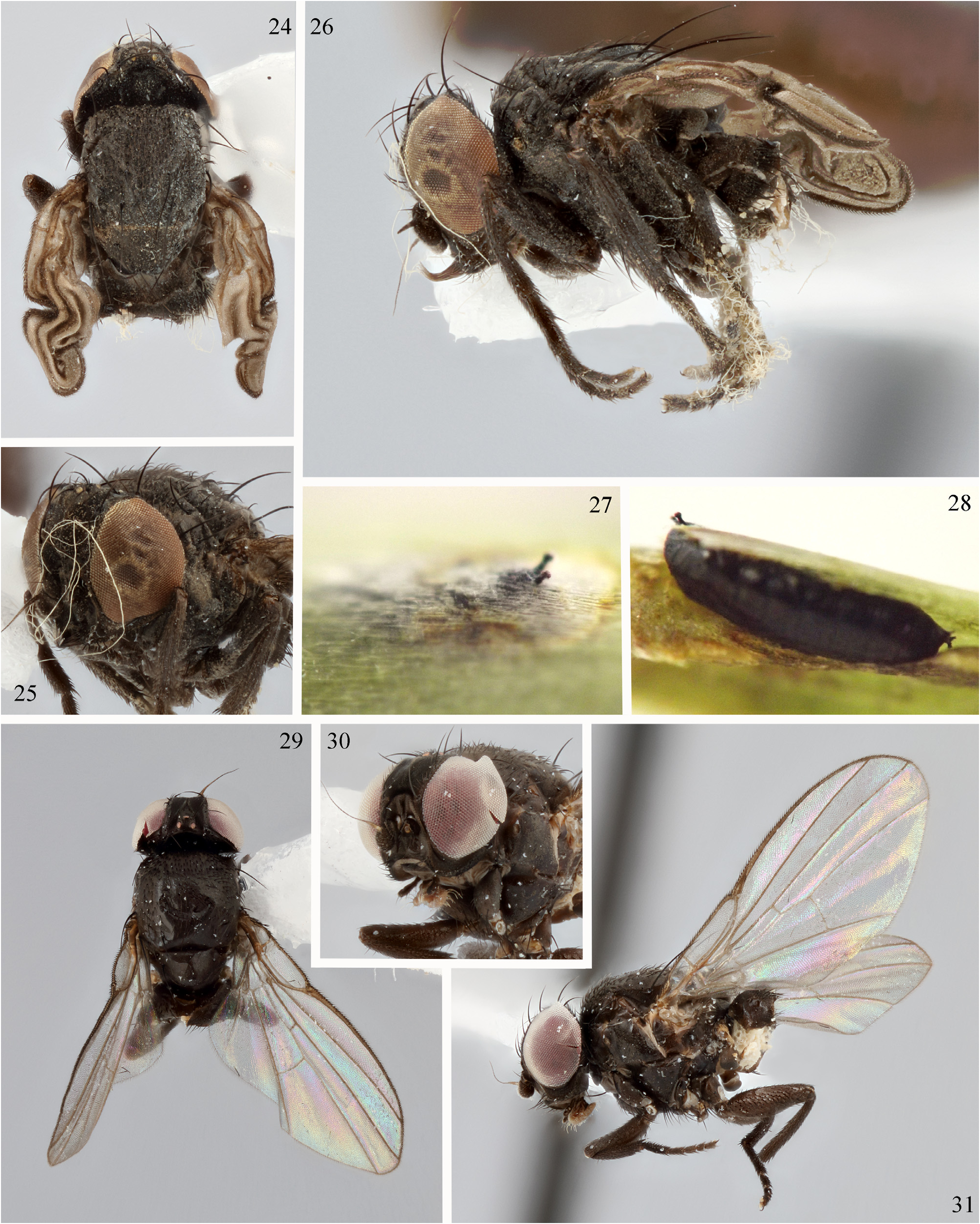