Leaf mine. ( Fig. 69 View FIGURES 59–72 ) Whitish, upper-surface (nearly full-depth), extending along the midrib from the base of the petiole to the blade, where irregular lobes or branches extend to either side (these may be partially green and interparenchymal); ~ 5 cm long in total. Frass is deposited densely along the midrib.

Puparium. Black, formed within a leaf (not necessarily the one with the conspicuous mine), on the lower surface near the base of the petiole, with the anterior spiracles projecting through the lower epidermis.

Phenology and voltinism. In Oklahoma, larvae and puparia (some already empty) have been found beginning in mid-March, with adults emerging from late March to mid-April. The holotype of O. frosti was collected in New York on 16 May ( Spencer & Steyskal 1986) .

Comments. Ophiomyia frosti was described from a single caught adult. Spencer & Steyskal (1986) noted that it closely resembles O. pulicaria (Meigen) , known from western Canada and common in Europe, where it feeds on various genera of Cichorieae including Lactuca , forming midrib-based mines that are apparently indistinguishable from those from which our Oklahoma specimens were reared.

The new specimens differ from the type in usually having two ori (not three), but there is sometimes one on one side, and one male has three on one side. The specimens are slightly larger, with a wing length of 2.8–3.0 mm (not 2.3 mm); the male genitalia appear to match those of the holotype ( Spencer & Steyskal 1986: Figs. 187, 188). Ophiomyia pulicaria differs in being smaller (wing length 1.9–2.2 mm), and in having a very broad and apically flattened distiphallus and an H-shaped basiphallus (ventral view—see Spencer (1976: Fig. 97 View FIGURES 93–98 )). 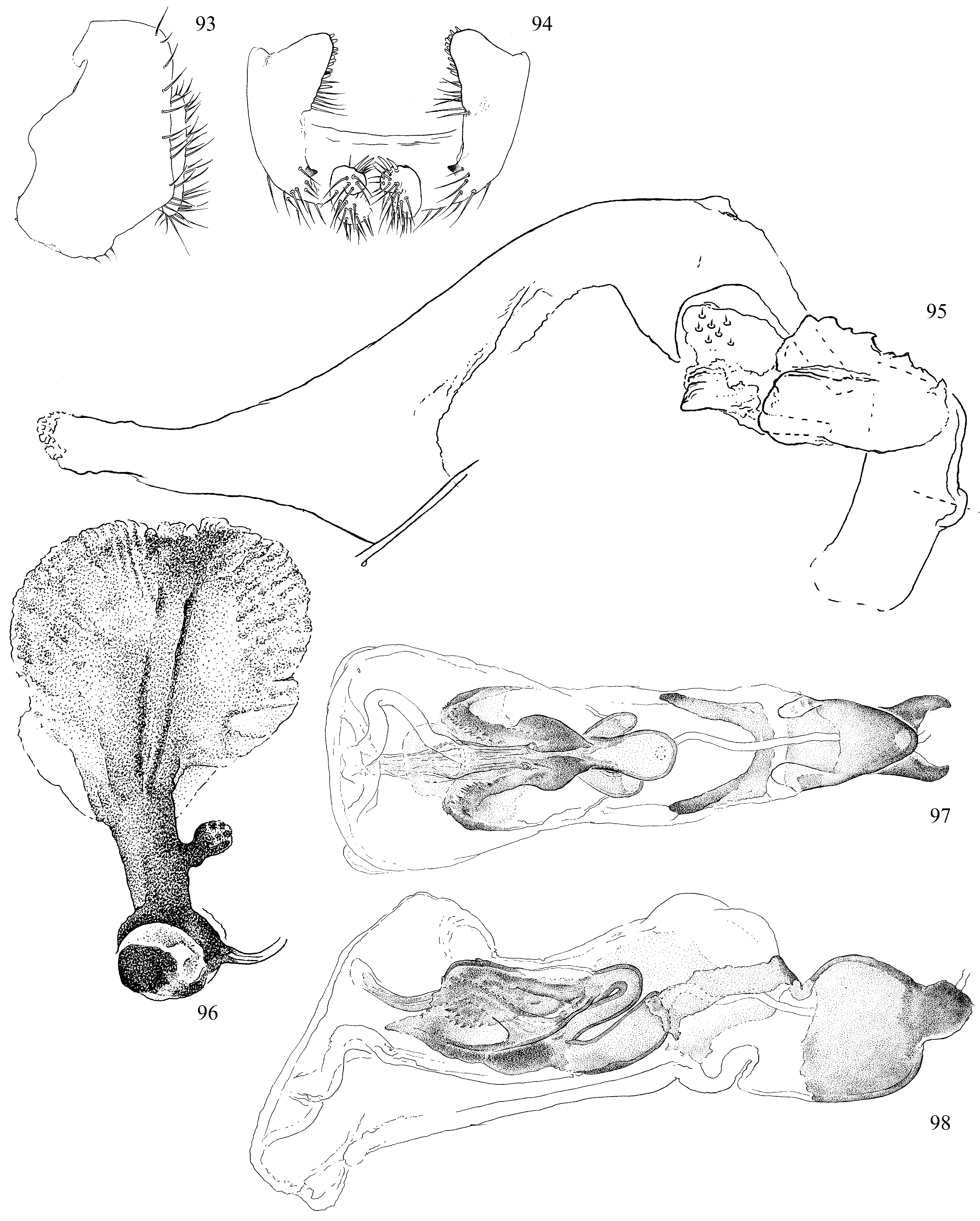