Phenology and voltinism. The holotype emerged after overwintering from a puparium collected on 30 September. All other puparia found at that time in stems of H. scabrum   were already empty. Assuming these represented the same species, this suggests either that Melanagromyza hieracii   has more than one generation or that adults may be capable of overwintering.

Comments. This is the first record of a North American Melanagromyza   from Hieracium   . The European M. oligophaga Spencer   includes H. umbellatum   L. among its hosts ( Spencer 1990).

Externally, Melanagromyza hieracii   is not unlike many other congeners with a metallic green shine (weak on the thorax and with a blue tint on the abdomen), a white calypter, two dorsocentrals and a shallow orbital plate. The key in Spencer & Steyskal (1986) will bring the species to M. longensis Spencer   / M. virginiensis Spencer   , but unlike these species, it has four ori. The phallus is unlike those of these two species in that the dorsal chamber of the distiphallus is parallel-sided, the lateral margins of the distiphallus are very strongly flared apically, the medial tubule is pronounced and long, far exceeding the apex of the short dorsal chamber, and the mesophallus is strongly shifted basally on the distiphallus. The combination of these phallic features, especially the flared distolateral margins of the distiphallus and the basally shifted mesophallus, is quite unusual for the genus. 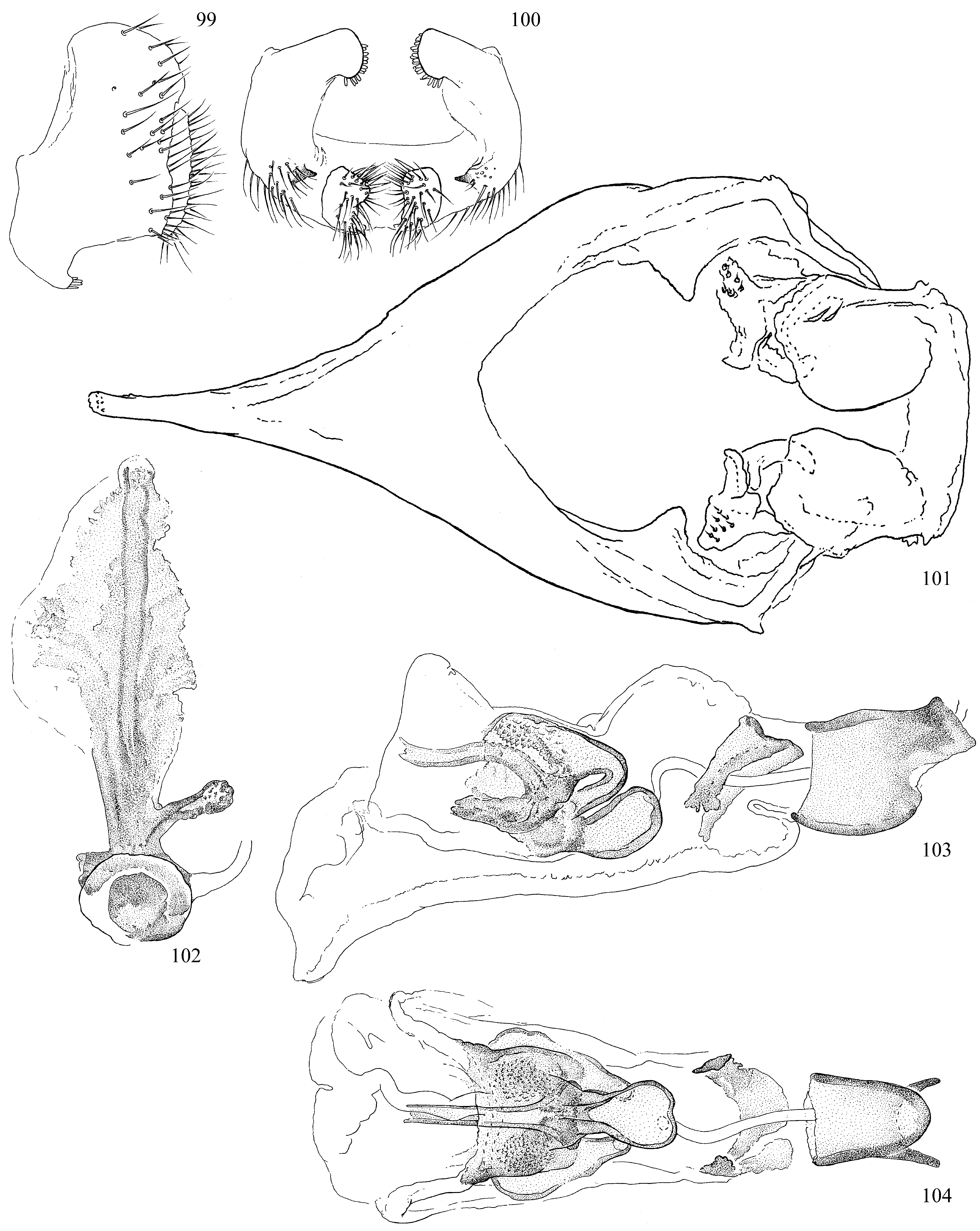