Etymology. The specific epithet is a noun in apposition, a portmanteau referring to the yellow head of the adult (L. flavus —yellow) and the host plant genus, Lonicera L.

Leaf mine. ( Figs. 82–83 View FIGURES 73–86 ) Whitish, on the upper leaf surface; initially stellate, and in some cases remaining a small, digitate blotch throughout development; in other cases one or a few linear branches emanate from the stellate beginning. Frass forms a dark central patch in the stellate portion and is otherwise deposited in closely spaced grains or beaded strips.

Phenology and voltinism. This species is probably multivoltine. Leaf mines have been collected in April with adults emerging from late April to mid-May, as well as in early June with an adult emerging in mid-June.

Comments. The leaf mine of Phytomyza flavilonicera   is similar to that of P. sempervirentis Eiseman & Lonsdale   , which also occurs on Lonicera sempervirens   , but the latter species usually moves to the lower leaf surface before pupating, and the dark ventral area on its puparium is usually a narrow stripe rather than a broad band ( Eiseman & Lonsdale 2018). However, a pair of mines photographed in Missouri ( Hartley 2017) seems to be within the range of variation of both species. The two are not known to be sympatric, with P. flavilonicera   found only in Oklahoma and P. sempervirentis   recorded from Oregon, Massachusetts, North Carolina, and Alabama, but more collecting of these mines from Midwestern states will be needed to clarify the extents of their distributions.

Phytomyza flavilonicera   is a relatively pale Caprifoliaceae-mining Phytomyza   , being yellowish laterally on the scutum (the central disc is bluish-grey pruinose), and paler on the pleuron and legs with the knees yellowish. The head is also mostly pale, having a yellow face, a dirty yellow frontal vitta and anteriorly yellowish orbital plate. It is further characterized by having numerous rows of acrostichals, a small to absent subovate sclerite on the hypophallus, and a relatively small, simple, upturned distiphallus. In ventral view, the outline of the distiphallus differs from that of similar species such as P. nigrilineata   in being very narrow with a broader lobate base, and it is medially split past the insertion point of the duct, with the points slightly diverging, fading and appearing partially bifurcated apically. This distiphallus structure is similar to some P. sempervirentis Eiseman & Lonsdale   (see Eiseman & Lonsdale 2018: Figs. 358, 359), but this is a darker species with a brown head, the distiphallus is much more wedge-shaped in appearance laterally and in ventral view a dark V-shape predominates. 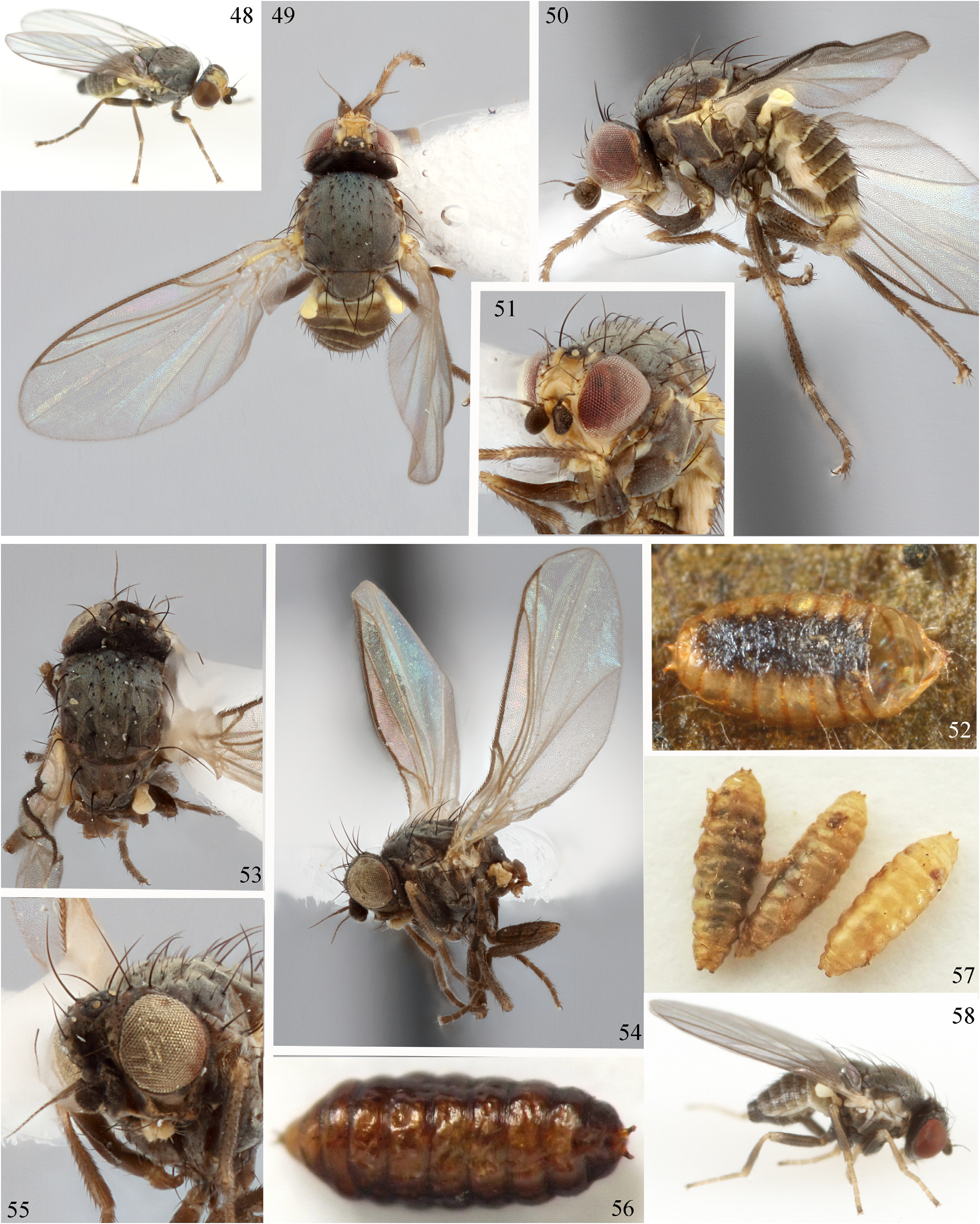 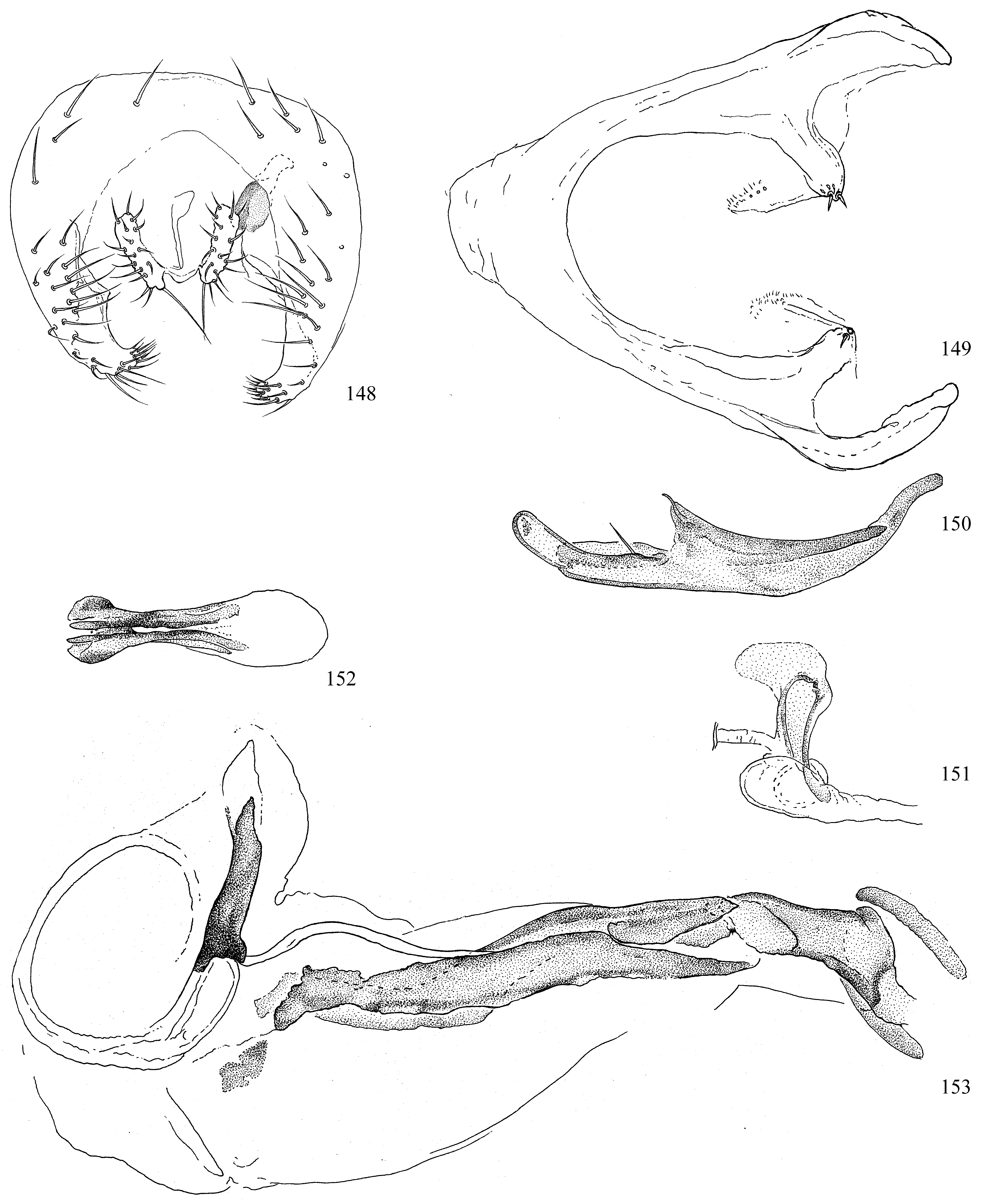