Biology. The life history of Andrahomanus   is essentially unknown. Based on the label data, specimens have been collected by sifting reeds, grass, leaf litter and flood debris at a river bank, by shore washing, by using pitfall traps (with faeces, banana or meat bait), by sweeping in grasslands, and a single specimen was taken from old baboon dung.

Andrahomanus   shares most of the above mentioned characters with Chileanthicus   , which is known to occur in Chile, Madagascar and Australia ( KEJVAL 2009). At least four of the characters (v, viii–x) appear to be primitive and suggest, along with the Gondwanian distribution, the rather basal position of these two genera within the Formicomini   . The shared unique morphology of the ovipositor (xii) can be regarded as a synapomorphy supporting their close phylogenetic relationship (monophyly). Andrahomanus   differs from Chileanthicus   by the simple metafemora (lacking distal dent-like protrusions on the inner side) and the position of the primary gonopore in the basal portion of the aedeagus (mostly near the apex of the median lobe in Chileanthicus   ).

As for the other genera of the Formicomini   , Stenidius LaFerté-Sénectère, 1847   displays the primitive characters of Andrahomanus   (v, viii–x) and a similar body form (in apterous species), but it differs mainly by a reduced basal sulcus of the pronotum (slightly indicated dorso-medially to absent) and a slender ovipositor with well-developed styli (see KEJVAL 2002, 2006). Anthelephila Hope, 1833   , the most derived member of the tribe, differs from Andrahomanus   in many respects, mainly by medially widely-joined mesepimera and a slender ovipositor with well developed styli (see KEJVAL 2003). It also displays a reduced, laterally indistinct basal sulcus of the pronotum and more conspicuous sexual dimorphism. Males of most species can be easily recognized by modified fore legs and abdominal sternum VII, and the structure of male abdominal segment VIII is typically more complex (the sternite is differentiated into five discrete parts, the tergite is composed of two sclerites). However, these male characters are not stable and in some species may resemble those found in Andrahomanus   (see KEJVAL 2007). 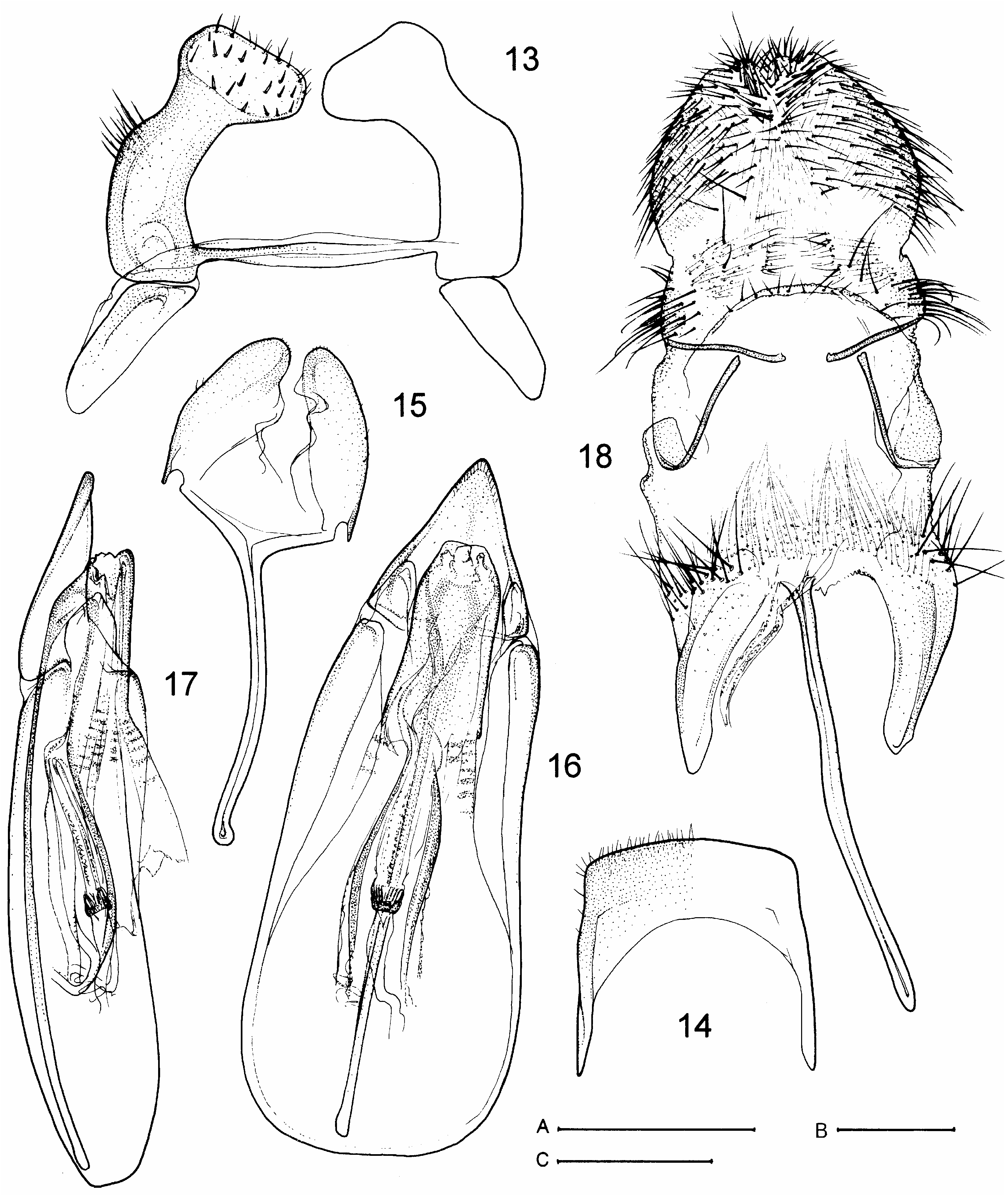