Legs simple; setation mostly short and fine, metatibiae with longer and more raised setae on inner side subapically, apical margins of tibiae (especially of metatibiae) with fringe of stiff setae.

Etymology. From the Latin nouns sabulum (sand) and incola (inhabitant); named in reference to the collecting circumstances (the specimens have been collected almost exclusively in sandy places); noun in apposition.

Remarks. Based on the label data, A. sabulicola sp. nov. appears to be a rather widespread species confined to sandy habitats. It is presently known from three different regions in Limpopo, Northern Cape and Western Cape Provinces ( Fig. 51 View Fig ). The specimens from the Northern Cape Province are not included in the type series since they have distinctly shorter/wider prongs of male sternite VIII and a slightly different form of the tegmen ( Figs. 29 and 30 View Figs ). They are moreover smaller in size (2.4–3.1 mm) and may represent a geographical subspecies. However, this should be confirmed by examination of males from more localities. Surprisingly, the paratypes from the distant Little Karroo Region in Western Cape Province fit all the male characters, including the morphology of sternite VIII. 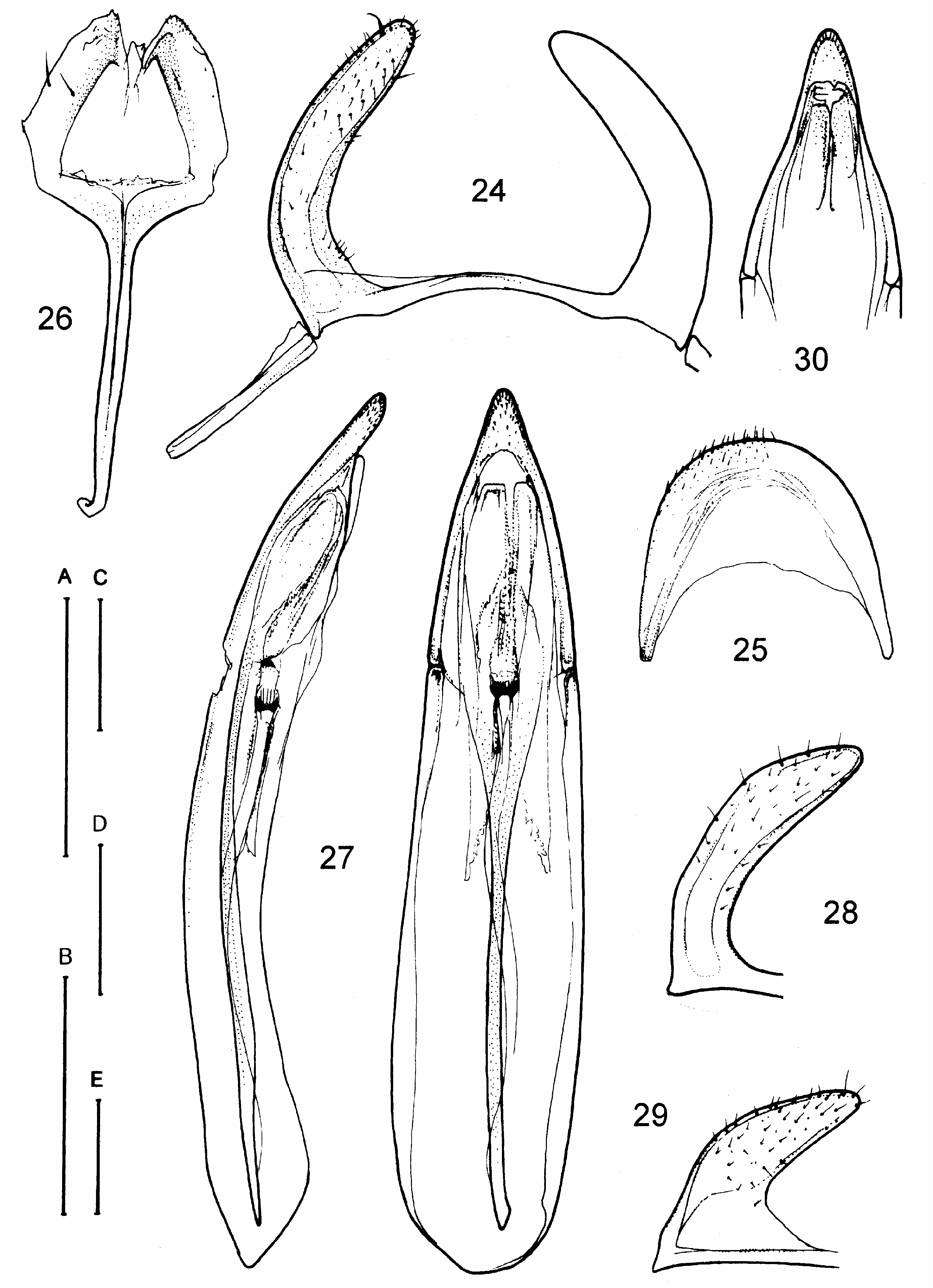 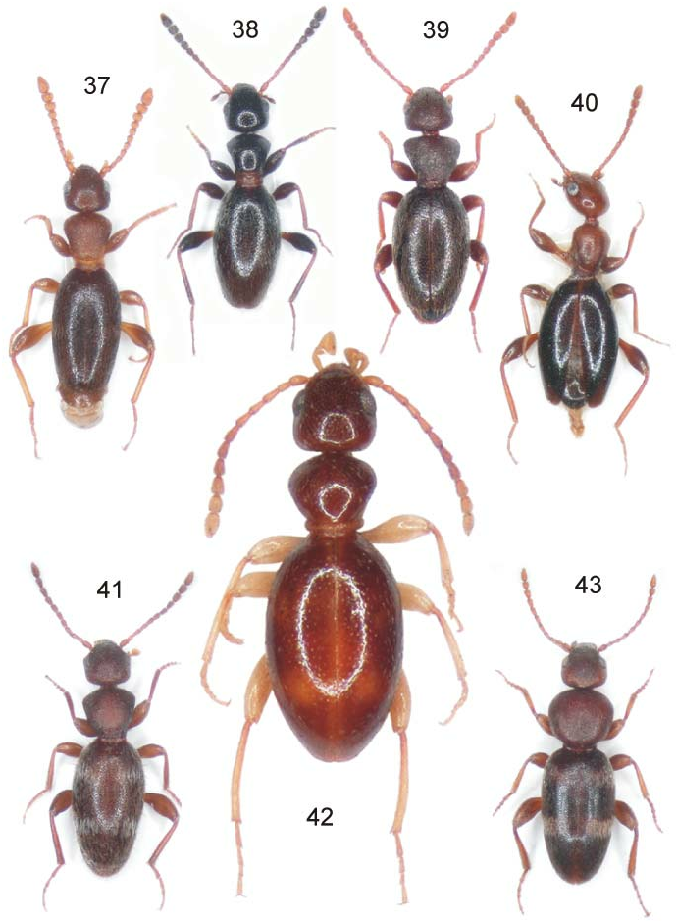 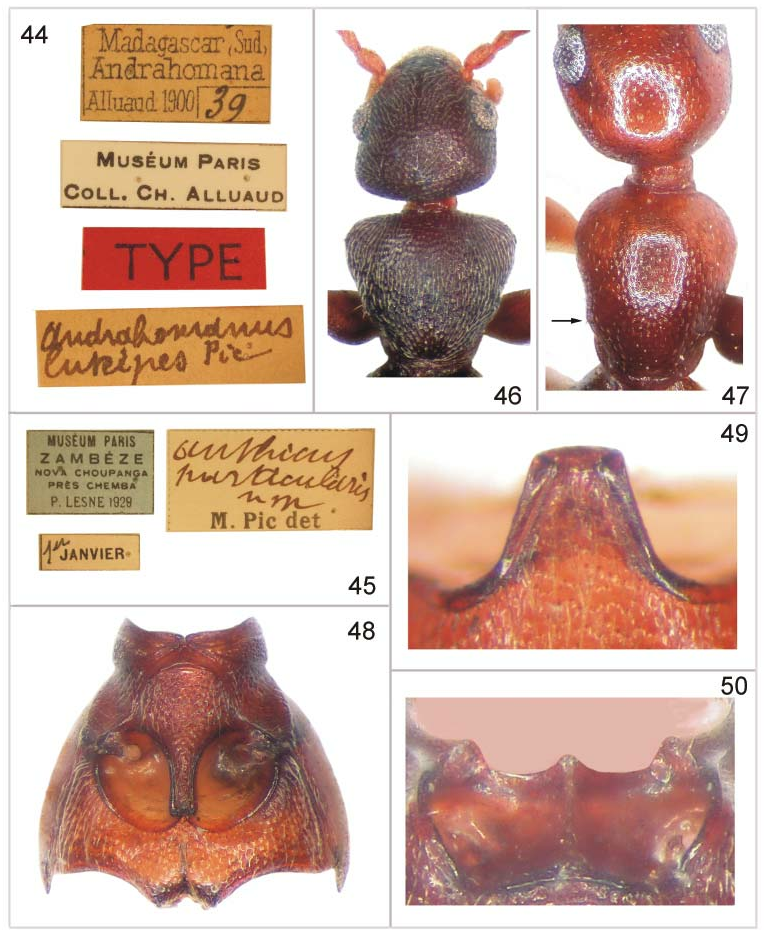 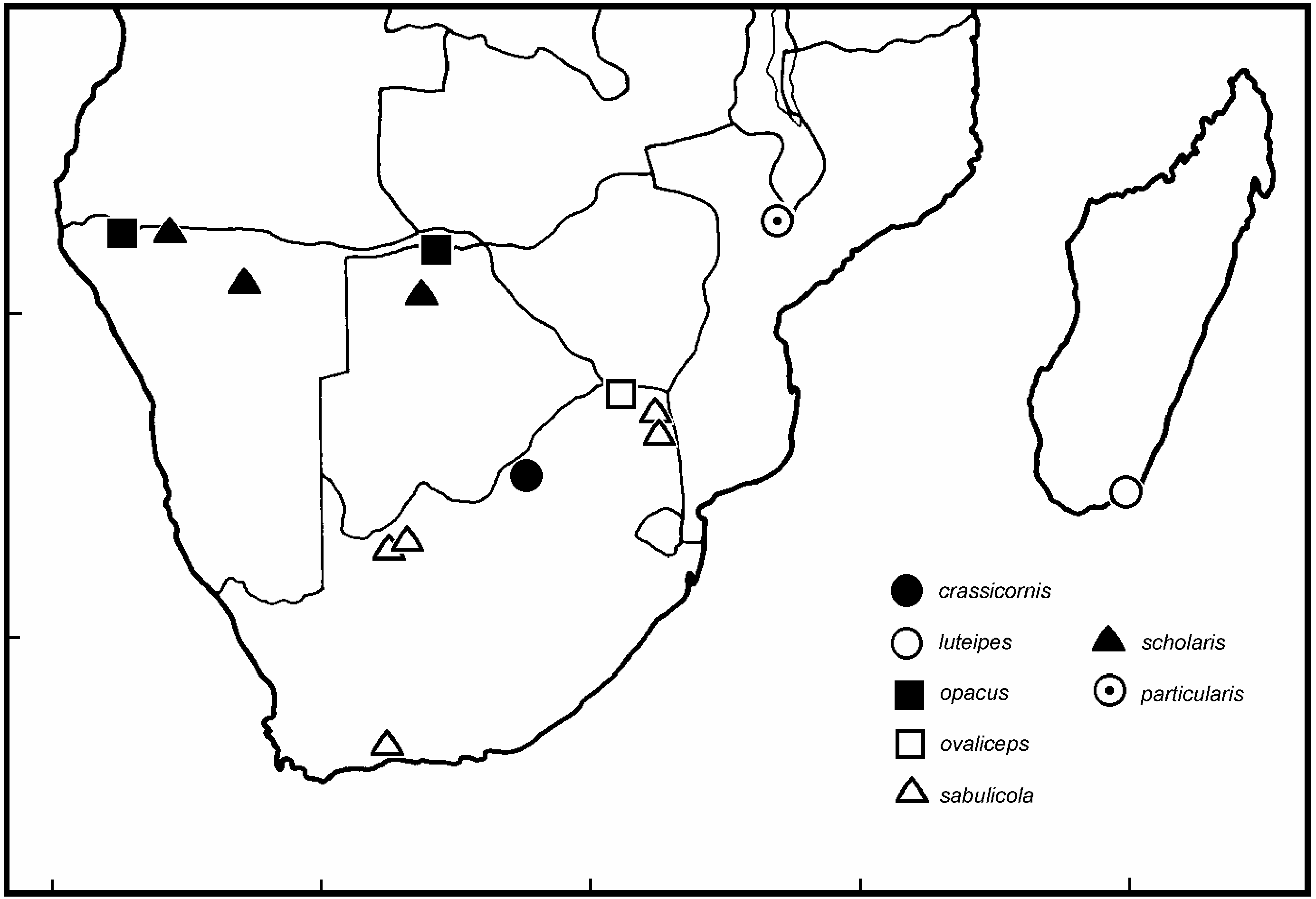