This specific name, bartletti , is a masculine noun in the genitive case. The species is named in honor of the collector, Dr. Charles Bartlett, who provided the specimens for study.

Of New World species of Empoasca , only E. tepona DeLong and Guevara (1954) has a bifurcate aedeagal process. However, E. tepona does not have the aedegal processes massive and bowed well away from the shaft in ventral view; the shaft in lateral view is angled upward from the base, not directed caudad for at least half its length; the styles are not very short as in E. bartletti . The external coloration of E. tepona as described differs greatly from that of E. bartletti , and E. tepona is smaller (3.0 mm vs. 3.6 mm). In the key to Empoasca of eastern Peru ( Southern, 1982), E. bartletti keys to couplet 31 and E. norcasta . E. bartletti differs from that species in several aspects, including: bifurcate aedeagal processes, apex of style not bent abruptly laterad, and pygofer process bearing aculeae. 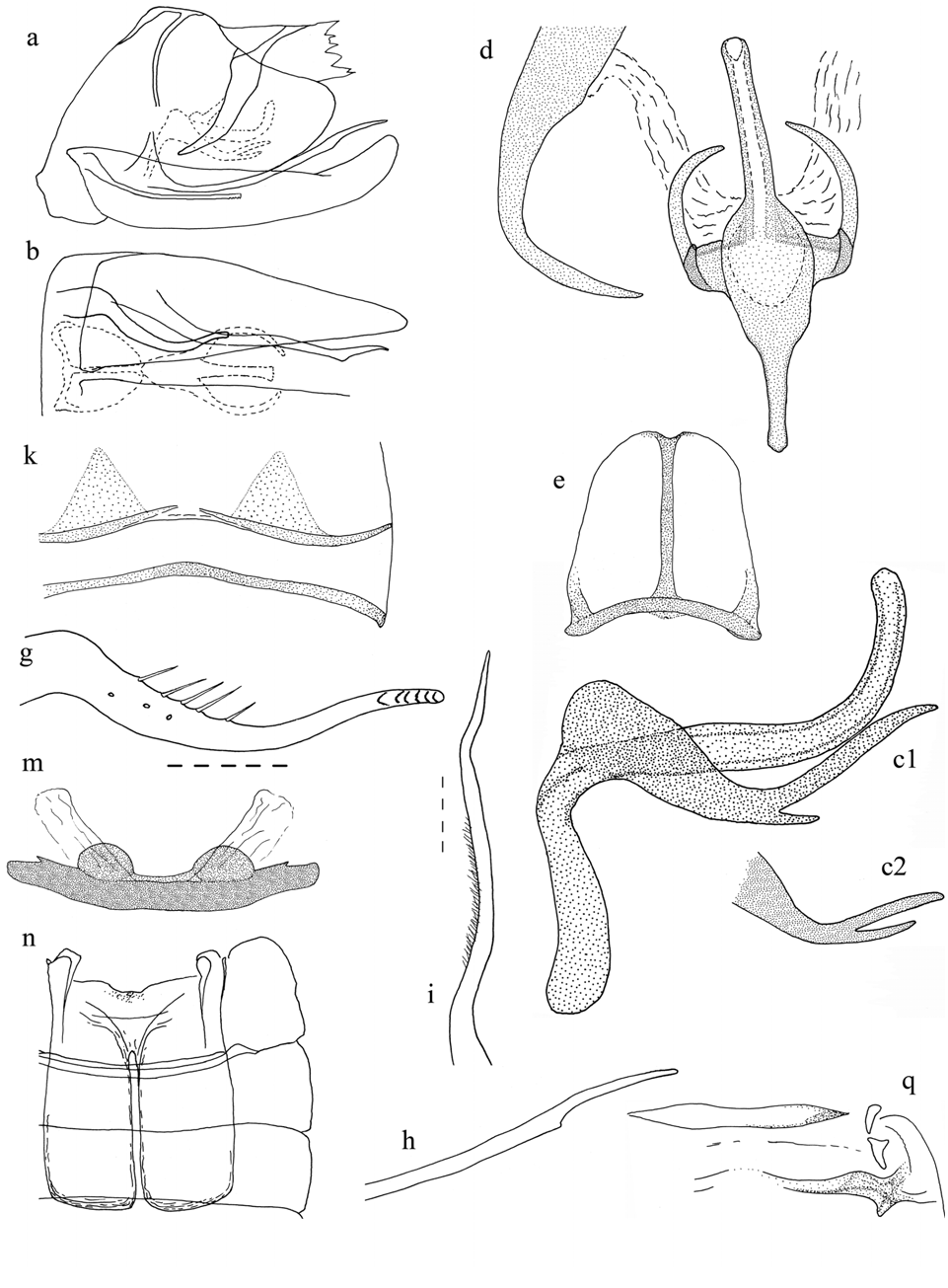