Females ( Figs. 4–5 View FIGURE 4 View FIGURE 5 ): Overall color light yellowish brown, with a variable number of dark gray or dark brown spots, usually presenting one to five more conspicuous darker and larger irregular spots arranged on the anterocentral portion of the flanks, and one to two spots on the caudal peduncle, in some individuals these darker spots are absent. Venter pale golden. Opercular region pale greenish golden. Unpaired fins hyaline with dark brown spots in the basal region. Pectoral and pelvic fins hyaline. Iris white, with a dark vertical bar through the center of the eye. Supra and suborbital bars dark grey and inconspicuous.

Distribution. Austrolebias camaquensis   is known only from the floodplains of the middle course of the Rio Camaquã basin in the Laguna dos Patos system at Encruzilhada do Sul and Canguçu municipalities, Rio Grande do Sul State, southern Brazil ( Fig. 6 View FIGURE 6 ).

Etymology. The name camaquensis   is a reference to the occurrence of the new species in the Rio Camaquã basin.

Habitat notes. Austrolebias camaquensis   is found within the Pampa domain, a large grassland area with a slightly undulating relief inserted into the geomorphological unit of the Crystalline Shield of the Rio Grande do Sul State. The area of occurence of the species is located within a region with annual precipitation reaching about 1,600 mm ( Nobre et al., 1986). During drier periods, the pools inhabited by A. camaquensis   dry out. The known populations of the species are distributed in a restricted area, with an extension of approximately 15 km along both sides of the Rio Camaquã and are found in similar environments, i.e., small (<1 ha), shallow (<50 cm) temporary pools, located in grassland areas of farms in the rural zone of the Canguçu and Encruzilhada do Sul municipalities ( Fig. 7 View FIGURE 7 ).

The pools inhabited by A. camaquensis   are hydrologically isolated and separated from each other by a matrix of dry and anthropized pastureland. Pool vegetation was dense and abundant, composed mostly of emergent and submerged macrophytes. The only other fish species found in co-occurrence with A. camaquensis   were the annual fish Austrolebias bagual Volcan, Lanés & Gonçalves   , the catfishes Callichthys callichthys (Linnaeus), Rhamdella eriarcha (Eigenmann and Eigenmann)   , Corydoras paleatus (Jenyns)   , and the characin Cheirodon ibicuiensis (Eigenmann)   .

Population parameters and conservation status. Austrolebias camaquensis   were relatively abundant at its sites of occurrence, with a CPUA (catch per unit area) ranging from 0.36 to 2.1 ind/m². Females are generally more abundant, and the sex ratio ranged from 1:1 and 1:2.4 (M:F) among the different pools. In spite of extensive surveys conducted across the general area of occurrence of the species (see Volcan et al., 2015), Austrolebias camaquensis   was only detected at five sites/temporary pools.

The sampled sites have been principally modified by rice cultivation. In addition, the use of land for forestry in the region, mainly for Eucalyptus   , Acacia   and Pinus   species, the impoundment of the rivers and mining activity (mainly in the upper and middle courses of Rio Camaquã) are all anthropogenic activities within the Rio Camaquã basin that also have a potential impact on the populations of A. camaquensis   .

Austrolebias camaquensis   presents a reduced area of occupancy (AOO about 15,000 m ² when the sum of the area of all pools with species occurrence is considered), and additionally its populations are severely fragmented (a) and experiencing continued decline (b) in the area of occupancy (ii) and in the quality of their habitat (iii). In accordance with the IUCN (2011) criteria, A. camaquensis   should be considered a “Critically Endangered” species under the category CR B2ab (ii, iii), and as such included in future lists of endangered fauna. 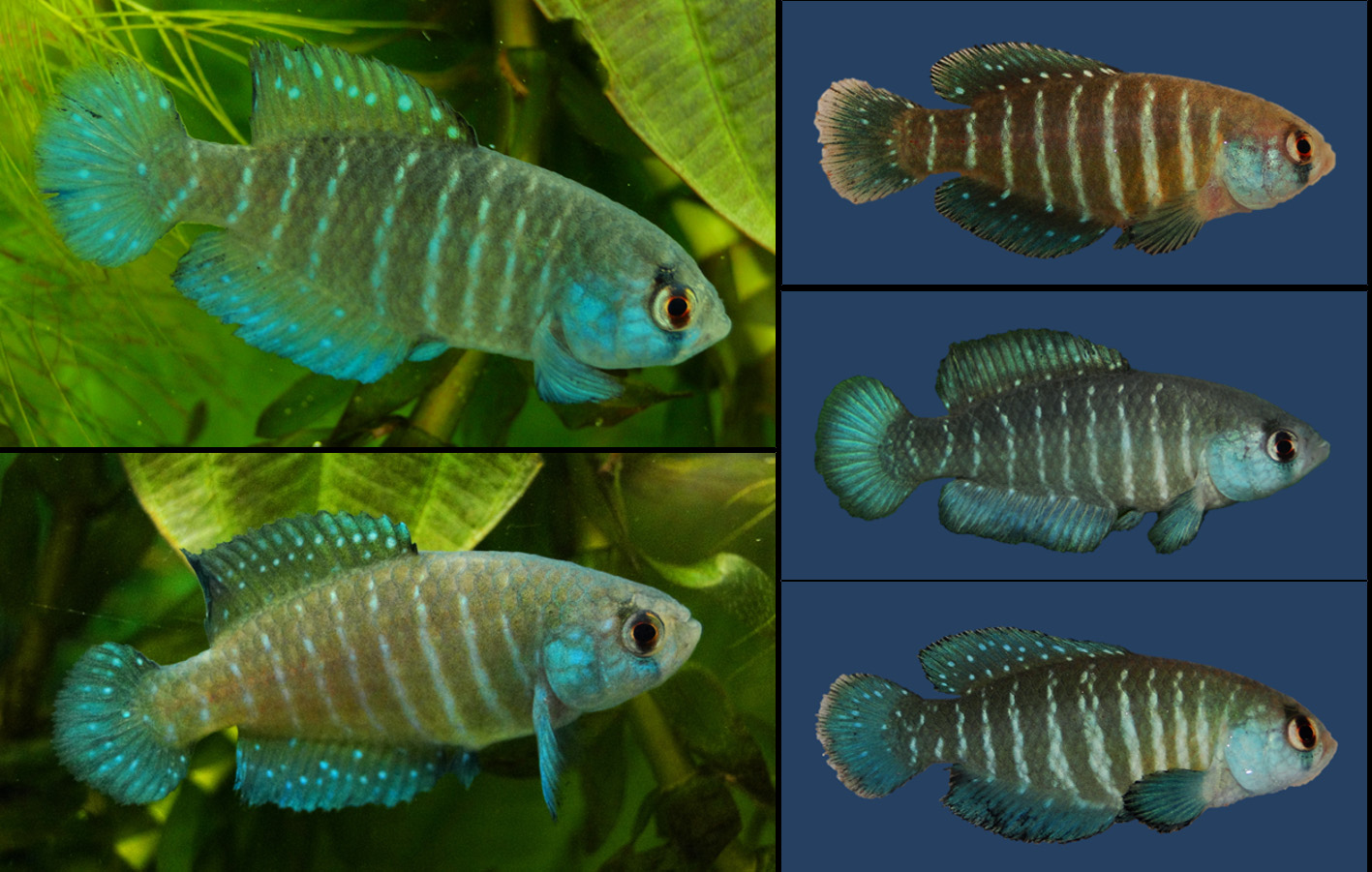 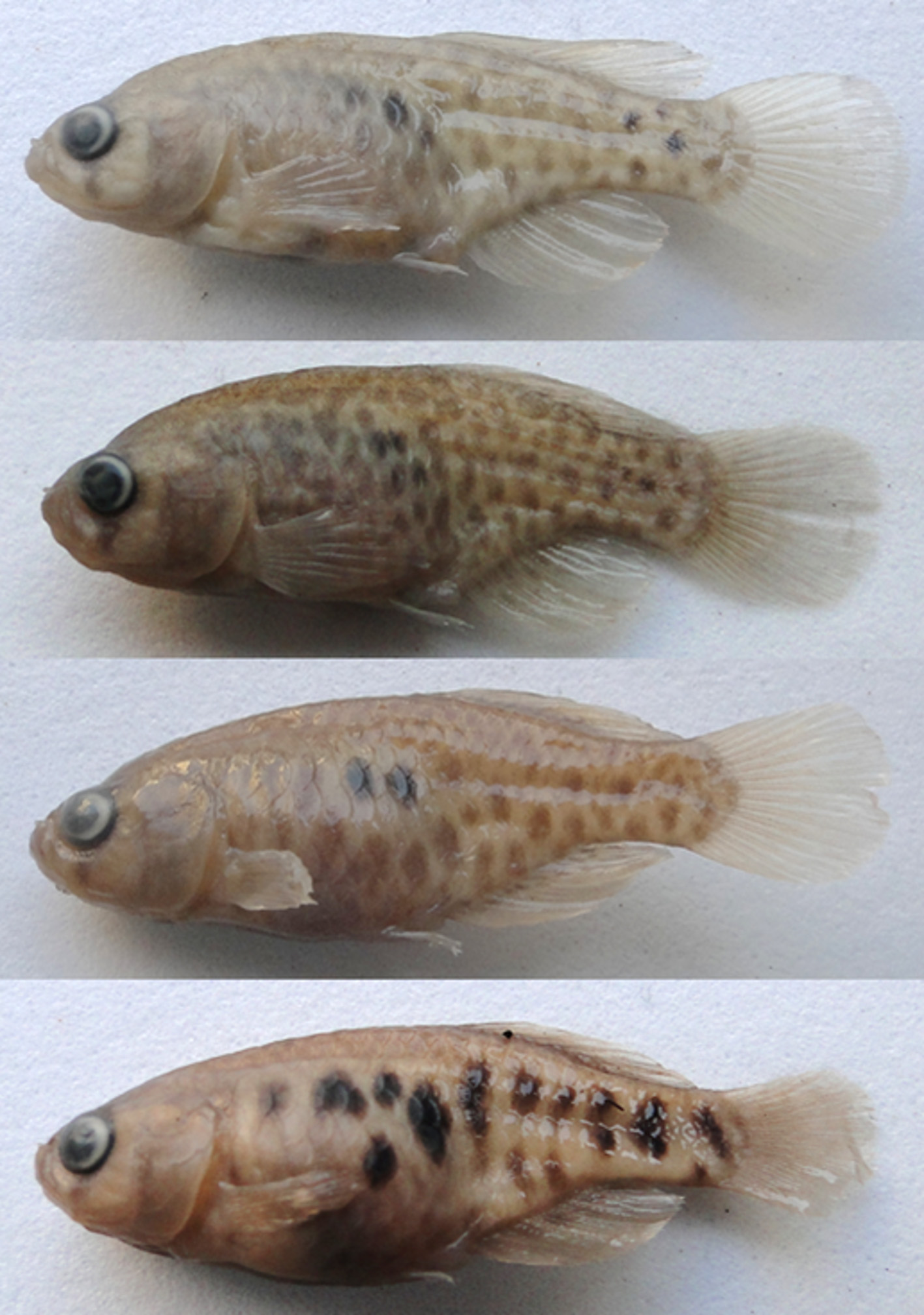 FIGURE 5. Pattern of variation of spots on flank of females paratypes of Austrolebias camaquensis (after preservation), Rio Grande do Sul, Brazil.

FIGURE 5. Pattern of variation of spots on flank of females paratypes of Austrolebias camaquensis (after preservation), Rio Grande do Sul, Brazil. 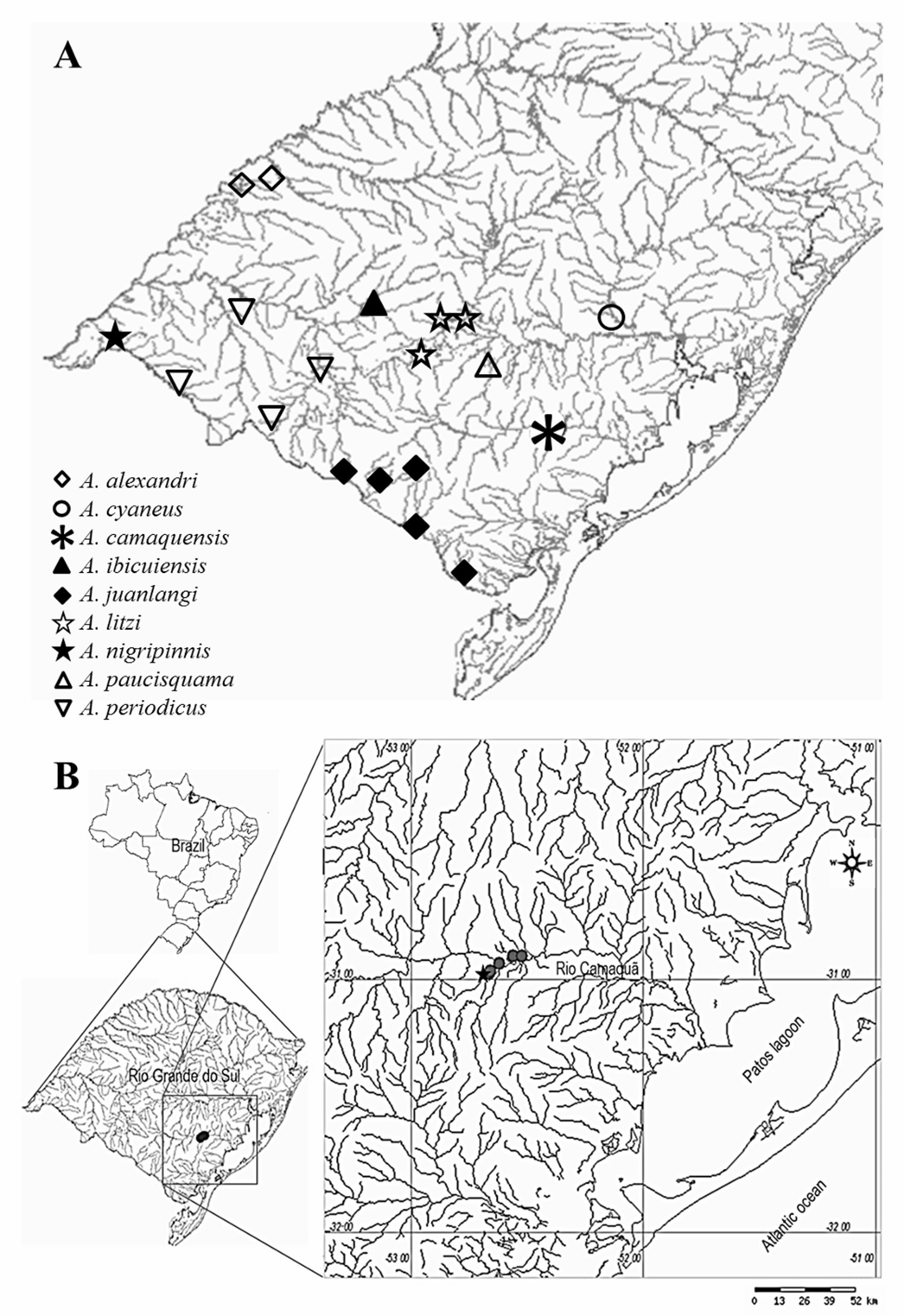