ETYMOLOGY: The name leno, Latin   for seducer, is a noun in apposition and refers to the fact that both male specimens known have expanded palps.

DIAGNOSIS: Males of H. leno   are recognized by the large lateral RTA ending in a divergent bifid tip. Females are closest to those of H. klumpkeae   but can be distinguished from them by the inward­running stretch of the ID, which is continuously curved instead of angular. 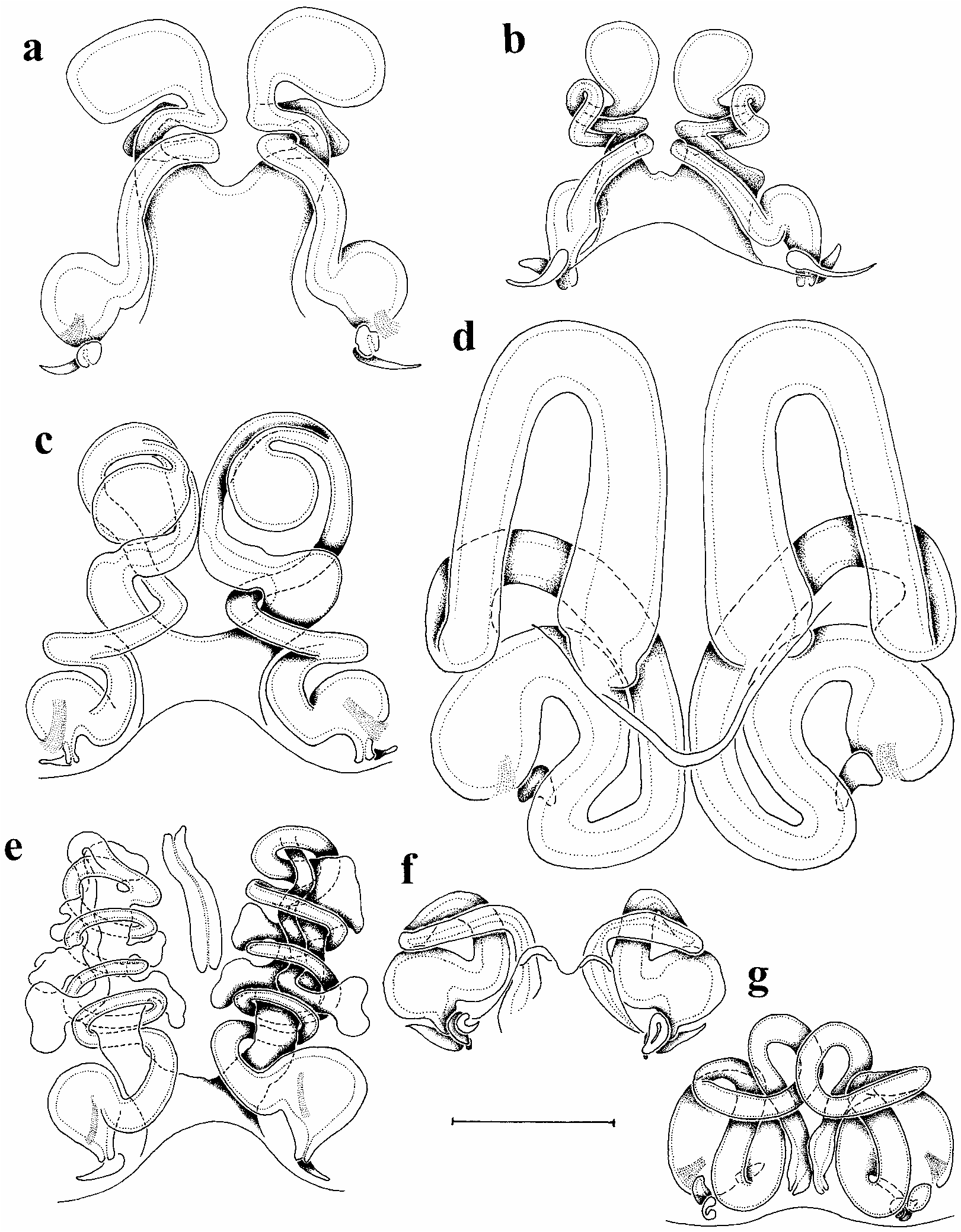