Egg. Spindleform, hyaline, smooth with one end subacute and the other blunt, 0.5 mm in length, approximately 10.0 times as long as wide.

Gall. The galls ( Fig. 27View FIGURES 21 – 27) are inconspicuously swollen branchlets of Phyllostachys  propinqua McClure ( Poaceae  ) with one or more conspicuous white, tear-shaped membranes covering the presumptive exit hole of every chamber. Each affected branchlet has 1-8 galls in a line. Galls consist of an elongate-ovoid chamber inhabited by a single larva.

Biology. Zeng et al. (2009) reported the biology of P. phyllostachys  (as Procystiphora  sp.) as follows: one generation occurs per year in Tianjin, China. First instars forage on newly sprouted branchlets in trail to form larval chambers. Later larvae sink into the branchlets by foraging plant tissue inside, with the outside of branchlets growing to form chambers with tear-shaped exits. Mature larvae begin to spin white cocoons within galls in mid May, start to pupate in early October and overwinter in the galls. Adults emerge from galls in early April through the tear-drop shaped exits. Females then lay eggs on the newly sprouted branchlets after mating. Three species of parasitoids have been found, namely Pediobius  sp. (endoparasitoids), Eurytoma setigera Mayr  and Eupelmus urozonus Dalman  (ectoparasitoid). Detailed descriptions of the parasitoids are provided by Zeng et al. (2009).

Etymology. The specific name phyllostachys  is the name of the host genus and is a noun in apposition.

Remarks. This new species is characterized by the uniqueness of female post-abdomen. It is the only known Procystiphora  with the peculiarly shaped eighth tergite with its two apodematous extensions and the pointed apices of both the ninth segment and cerci. The Chinese species is also distinguishable from the four other congeners by having male gonocoxite and gonostylus slender, male antenna with 18 and female antenna with 18–20 flagellomeres.

Male hypoprocts of P. phyllostachys  , P. uedai  and P. g e r a rd i are with lobes rounded apically, while the other two have lobes pointed apically. 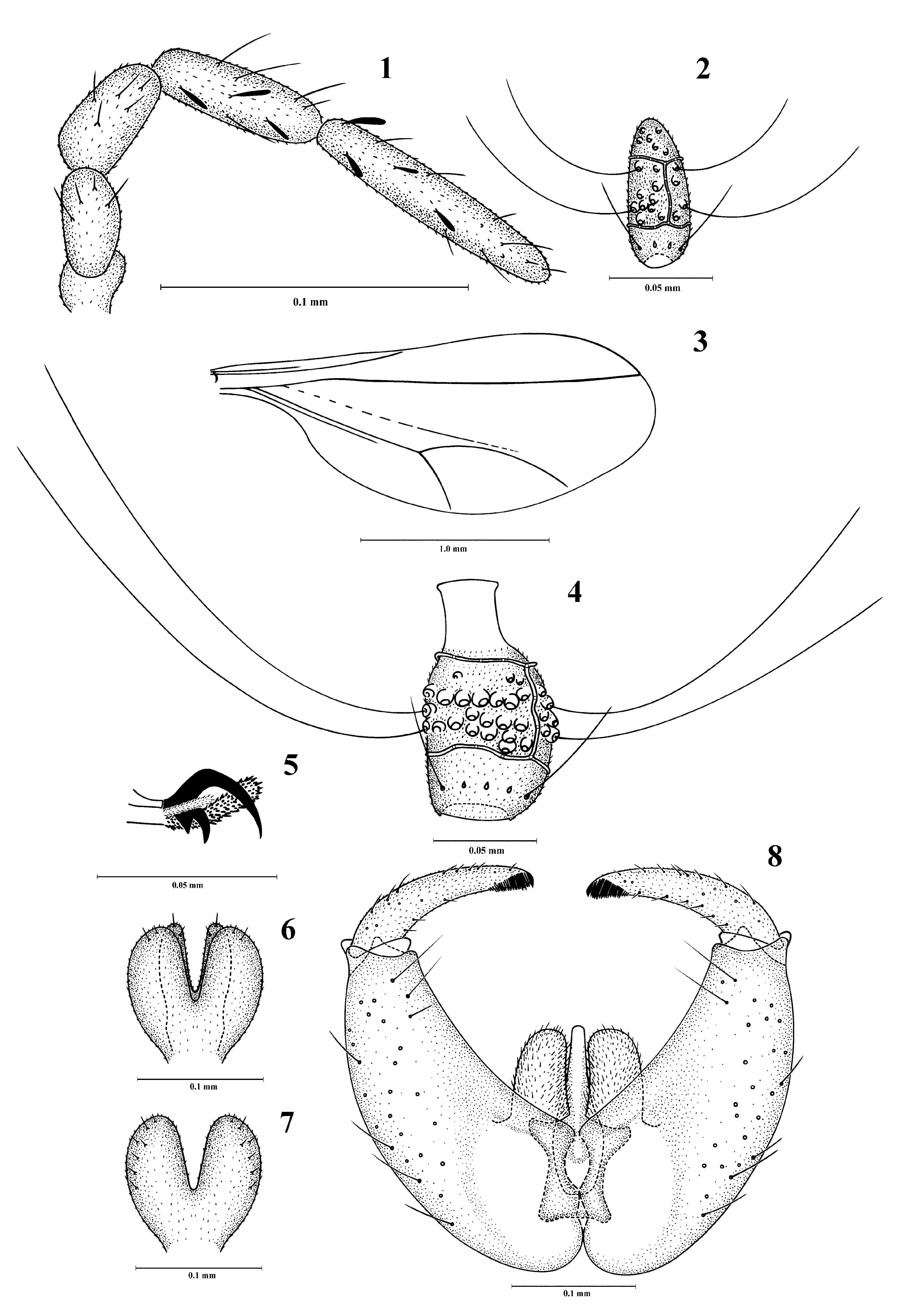