Diagnosis. Lasiancistrus saetiger can be separated from L heteracanthus and L. guacharote by having no plates on the abdomen, from L. schomburgkii by having large white spots on the head (vs. small white spots), by having the plates of the body outlined in black (vs. entire body uniformly dark), and by having no spots in the dorsal and caudal fins (vs. usually with small white spots), and from L. tentaculatus by having whiskers on the snout of nuptial males (vs. tentacules longer than their associated odontodes), and from L. caucanus and L. tentaculatus by lacking dark spots in the dorsal and caudal fins (vs. with dark spots).

Range. Lasiancistrus saetiger is known from a single collection of fishes from the rio Guamá, a tributary of the rio Capim, a drainage that enters the Atlantic just southeast of the mouth of the Amazon ( Fig. 3 View Fig ). 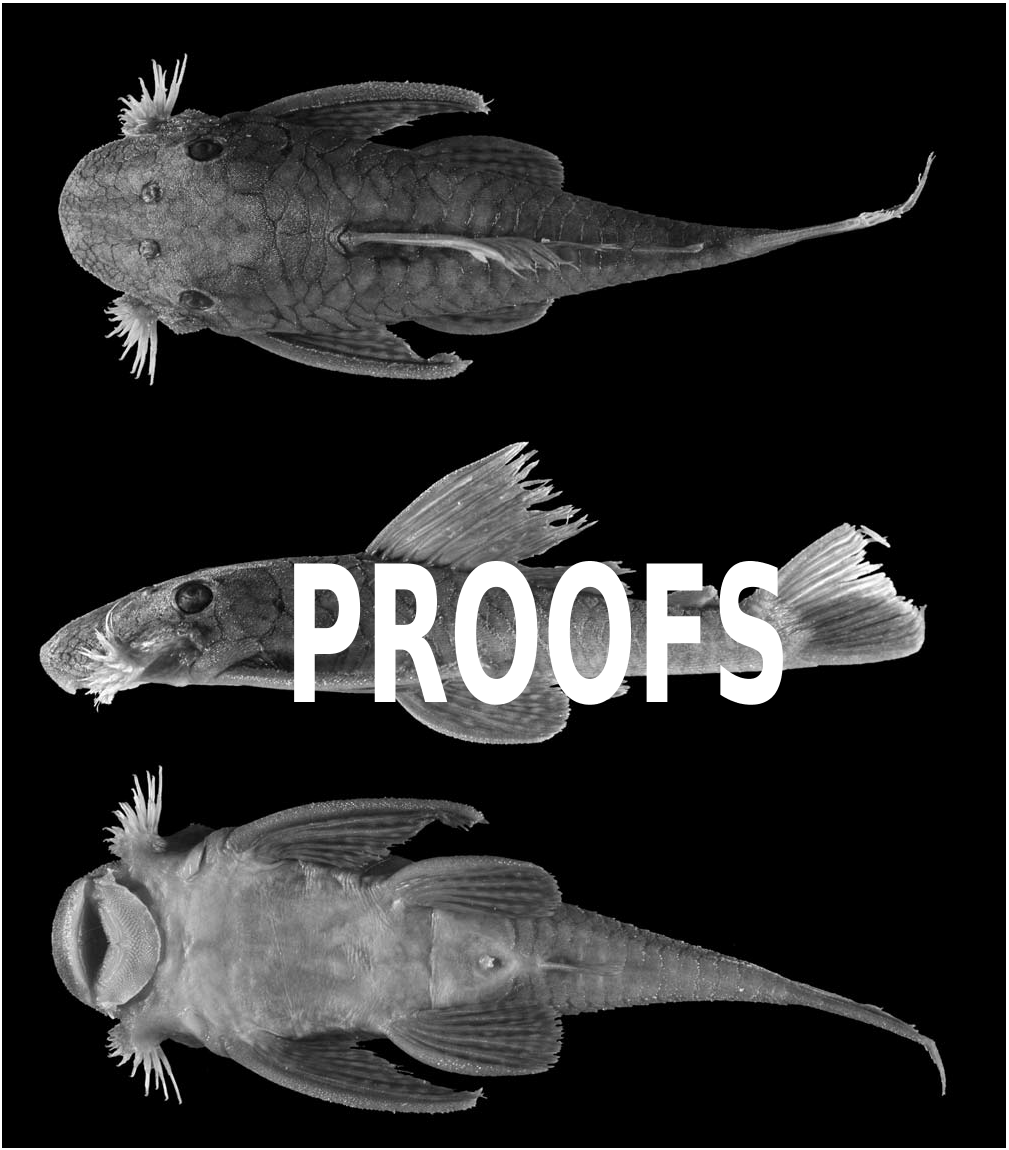