Diagnosis. Lasiancistrus guacharote   can be separated from all other species of Lasiancistrus   except for some L. schomburgkii   by having a single to a small patch of platelets ventromedially from the insertion of the pectoral-fin spine ( Fig. 5 View Fig ) and nowhere else ventrally, and from L. schomburgkii   by having black spots in the dorsal fin (vs. no or white spots) and black bands in the paired and caudal fins (vs. bands absent).

Sexual dimorphism. Nuptial males with whiskerlike odontodes at the anterolateral corner of the snout, else as in genus description.

Comments: The holotype of Lasiancistrus guacharote   is said to be from Puerto Rico (Cuvier & Valenciennes, 1840), but it is highly unlikely that loricariids could have arrived naturally on this northern Caribbean island. The holotype was collected by Augus Plée, a young adventurer-naturalist who collected fish specimens from around the Caribbean and the Gulf of Mexico in the 1820’s, and who did collect in Puerto Rico ( Pietsch, 1995). Plée also collected in the Maracaibo basin of Venezuela. Specimens of upland fishes that are known to be sympatric with Lasiancistrus   such as Parodon Valenciennes, 1850   and Piabucina Valenciennes, 1850   were collected by Plée in the Maracaibo basin according to the MNHN catalog on the internet. Examination of the type reveals that it has the characteristic used to diagnose the species from the Maracaibo Basin. In all likelihood, the locality was somehow misplaced. Plée was not around to correct the error because he died on the day he was to return to France ( Pietsch, 1995).

Lasiancistrus mystacinus   was described by Kner (1854) based on a single specimen with the stated locality of “Caracas”. The drainage in Caracas is the río Tuy, and no Lasiancistrus   have been reported from the Tuy. It is believed that the locality “Caracas” in Kner’s work simply means where the specimens left Venezuela (R. P. Vari, pers. comm.), and that these specimens could have come from anywhere in Venezuela. The type of L. mystacinus   has the plates only in the corners of the pectoral girdle as is used to diagnose L. guacharote   and is considered a synonym. The only other species of Lasiancistrus   in Venezuela is L. tentaculatus   , which lacks plates on the abdomen and L. schomburgkii   , which has more plates on the abdomen.

Lastly, Schultz (1944) described Lasiancistrus maracaiboensis   as the first species of Lasiancistrus   in Venezuela with an accurate type locality. These specimens also have a small patch of platelets near the insertion of the pectoral-fin spine. Kner (1854) and Schultz (1944) both mention the resemblance of L. mystacinus   and L. maracaiboensis   , respectively, to L. guacharote   , and suggest that because of the poor description, the identity of L. guacharote   was uncertain and that a new species should be described. Schultz (1944) was further restricted from viewing the types of L. guacharote   and L. mystacinus   by the events of World War II.

Lasiancistrus guacharote   occurs in one river in the río Meta - río Orinoco drainage of Colombia. These specimens are clearly L. guacharote   as they have a patch of platelets ventrally near the insertion of the pectoral-fin spines, whiskerlike odontodes at the edge of the snout, and dark spots in the dorsal and caudal fins. Two other species are known from the río Orinoco, drainage: L. schomburgkii   and L. tentaculatus   . Lasiancistrus schomburgkii   has white spots in the dorsal and caudal fins (vs. having dark spots in the fins), and L. tentaculatus   has no abdominal plates and has tentacules along the snout instead of whiskerlike odontodes. The collection of these fishes (ANSP 128695) is from around Villavicencio, a town well connected with the aquarium export business. It is likely that the specimens of ANSP 128695 result from having been introduced from the aquarium trade. It is unknown if this population is extant. 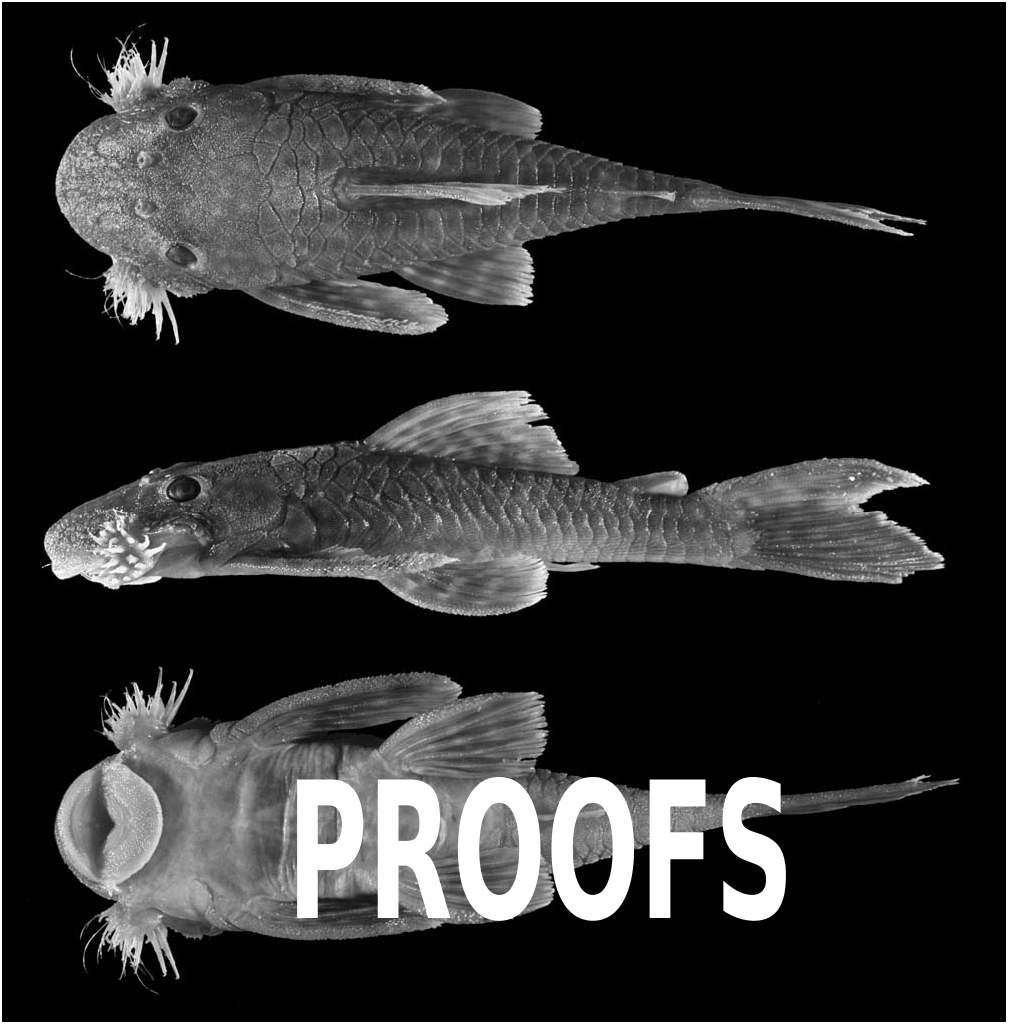 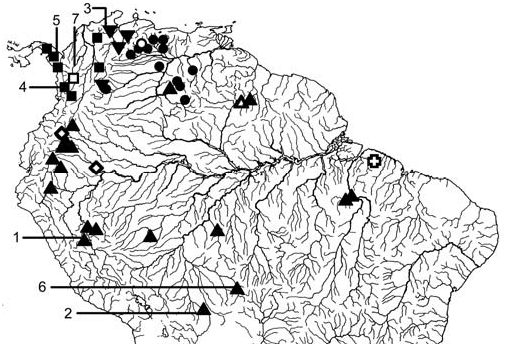