Etymology. We have named this species for its distinguishing characteristic: the plumose setae making up the setal brush on the minor chela.

Hosts and ecology. All four individuals were collected from the canals of Auletta cf. sycinularia   (Plate 7 B). This sponge appears to be the same species from which all samples of Synalpheus irie   , n. sp. were also collected. 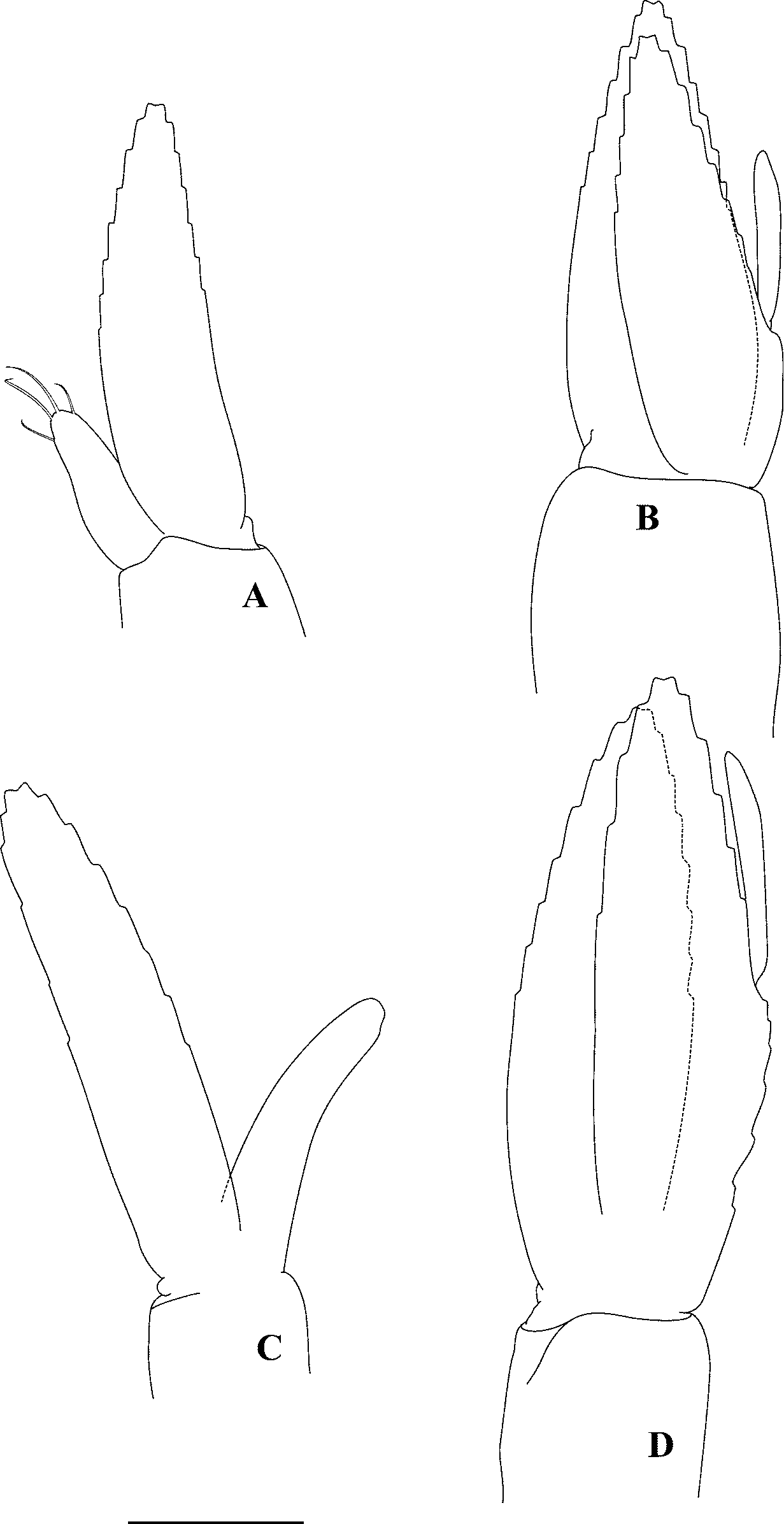