Distribution. This species appears to be distributed throughout the northern GOM in offshore waters ranging from approximately 100 to over 2000 m in depth (C. Jones, unpublished data). The two sightings reported from the Flower Garden Banks ( Childs 1997, see below) both occurred during the month of August and both were associated with annual water temperature maxima and coral spawning events. This may mean that while Manta birostris   and Mobula hypostoma   are year round residents at the West Flower Garden Banks (see distributional remarks for those species above), Mobula tarapacana   could utilize the area only for feeding during annual coral spawning events ( Childs 1997).

First Record in GOM. The first record of this species in the northern GOM is a report by Childs (1997) concerning a single individual captured on video during a monthly observation dive on the West Flower Garden Bank in August of 1993. In the same publication Childs (1997) documents a second sighting, also from West Flower Garden Bank, from August of 1995.

Remarks. Since it was first reported from the northern GOM ( Childs 1997) this species has been observed several times, predominantly in West Florida Shelf waters during aerial surveys conducted by the NMFS SEFSC (C. Jones, unpublished data) from 1996 to 1998. This species is encountered as bycatch in the pelagic longline fishery in the northern GOM ( Figure 15 View FIGURE 15 , C. Jones unpublished data). 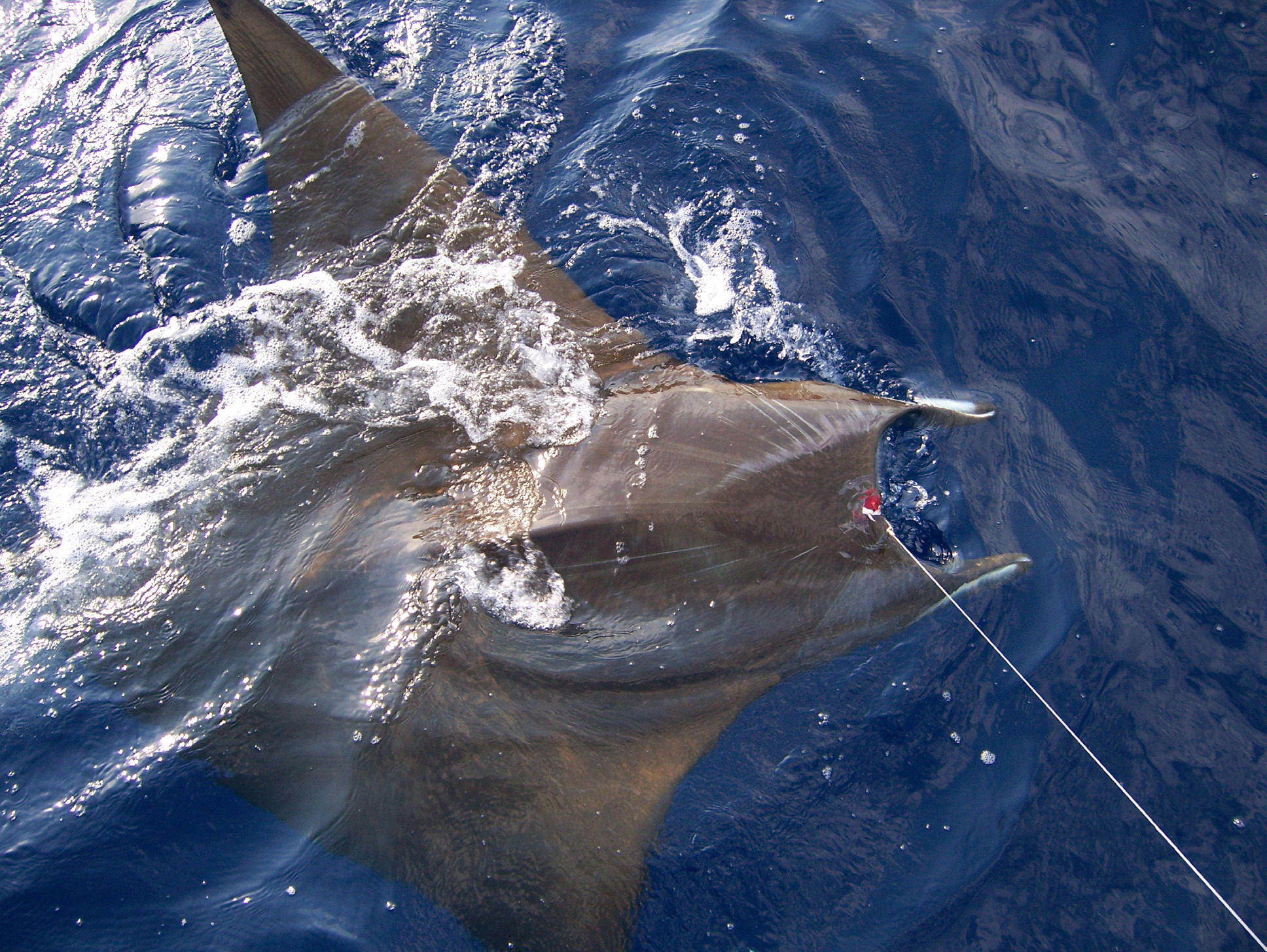