Our examination of the holotypes of these two nominal species suggests that they represent a single species. Ananthakrishnan & Sen (1980: 99) state that the epimeral and posteroangular setae are subequal in tenebrosus  but not subequal in pavettae  . However, in both holotypes the epimeral setae are longer than the posteroangulars. The separation between the maxillary stylets in the holotype of L. tenebrosus  is similar to that of the holotype of L. pavettae  , and the original illustrations by Ananthakrishnan & Jagadish (1969) reflect this. However, the illustrations in Ananthakrishnan & Muraleedharan (1974) are incorrect, showing this gap narrower in L. tenebrosus  . The host plant data of these two species are identical except that tenebrosus  was collected one day later than pavettae  . Further, the sculpture and shape of the pelta of these two species are alike. We therefore conclude that the available specimens represent the same species.

This species was described from one female and one male collected from dead branches. Types are not available. Distribution. India (Andhra Pradesh: Tirupathi, Kerala: Tenmalai, Tamil Nadu: Tambaram). 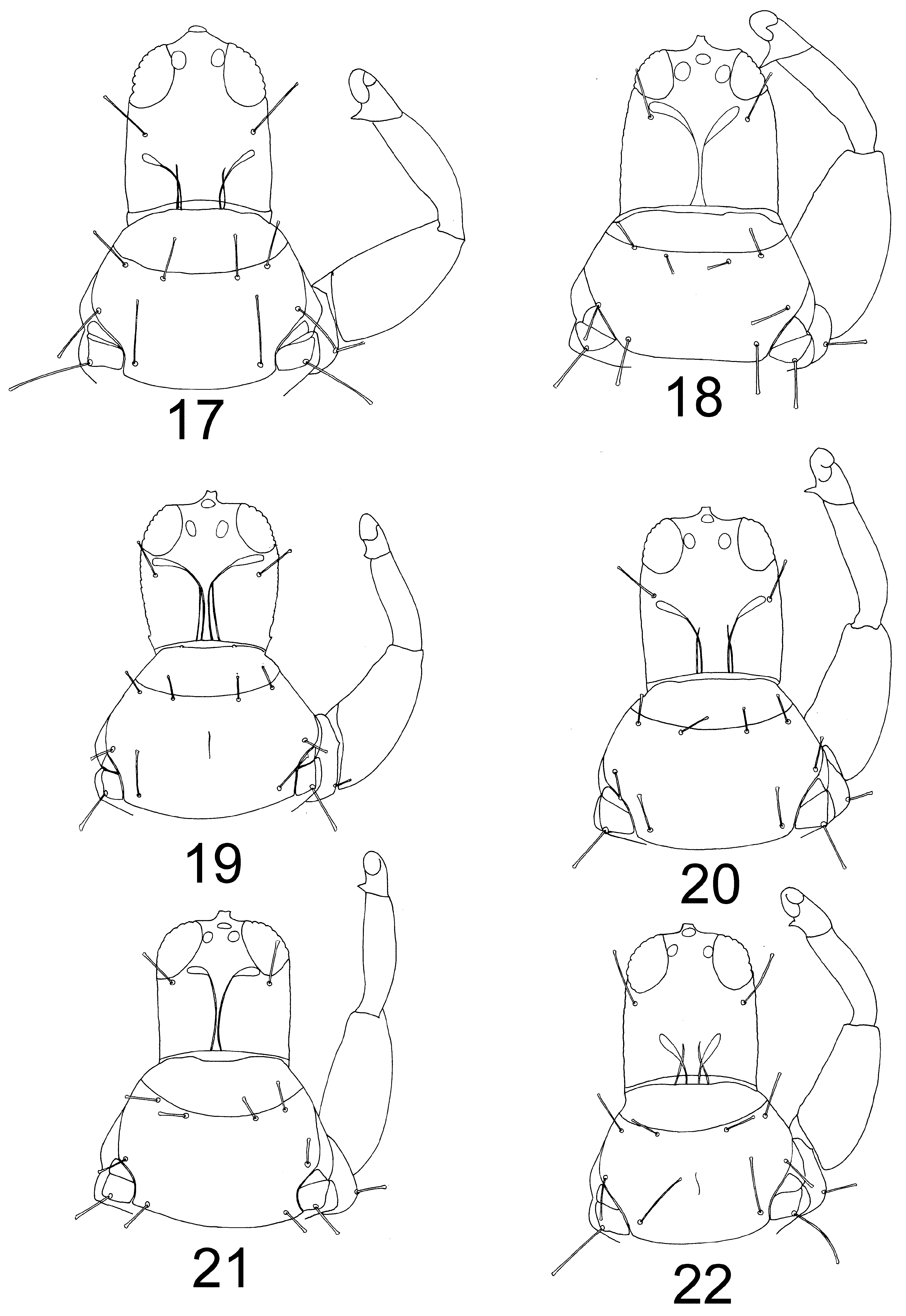 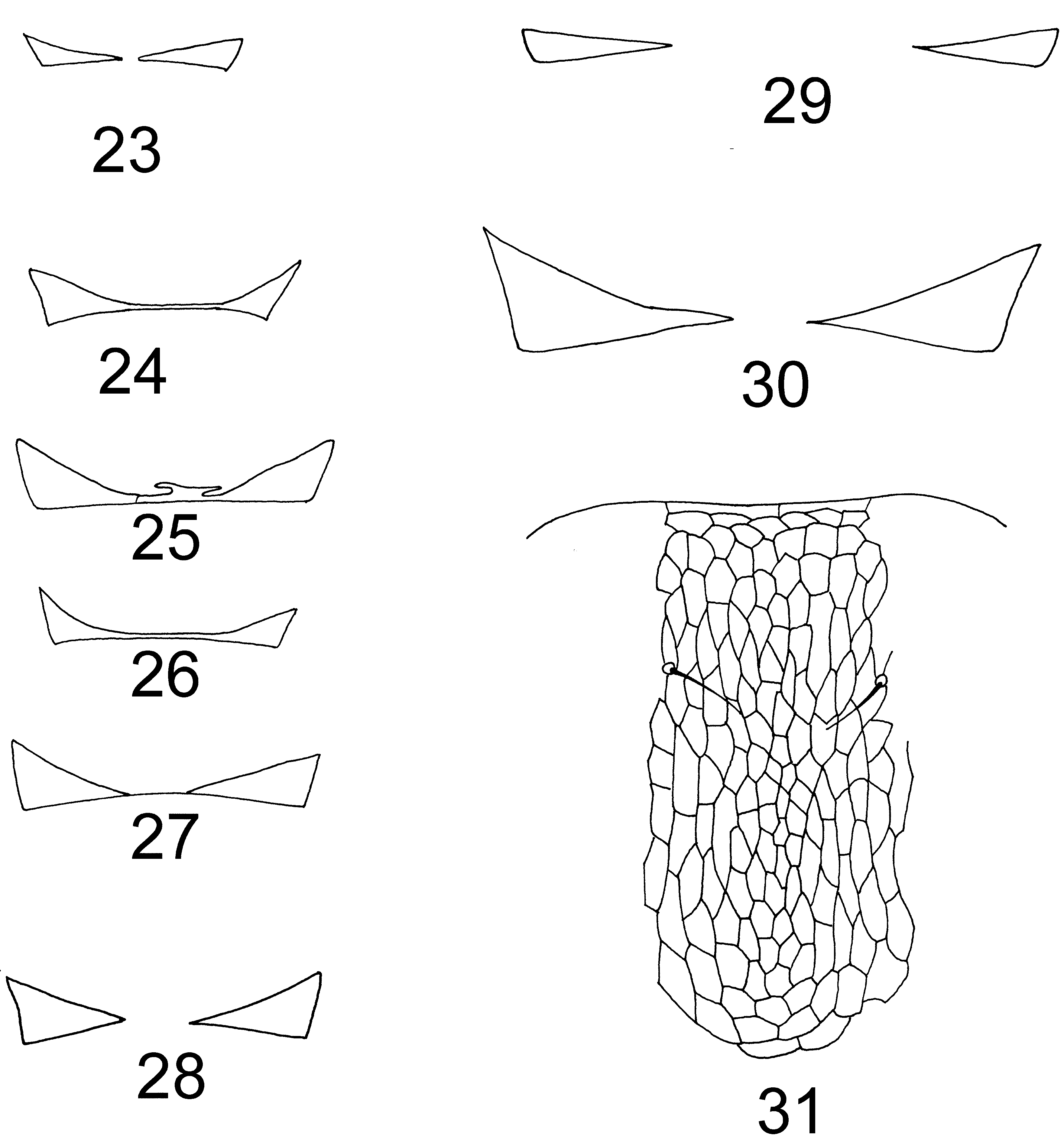