Remarks. When introducing the new species Coleopora corderoi, Marcus (1949) distinguished it from other Coleopora species by features of the peristome, absence of tubes on frontal wall, presence of avicularia with curved cuspidate mandible, and prominent ooecium opening inside the peristome. He described very large zooids, reaching 1.4–1.8 mm in length and 0.7 mm in width, while his drawing shows zooids about 1.2 mm long (see Marcus 1949: fig. 23). It was not possible to reexamine Marcus’ specimens as the holotype of C. corderoi is missing, along with other Brazilian specimens identified by Ernst Marcus that were deposited in the Museum of Natural History ( UK) (M. Spencer Jones pers. comm., 2009) and Museu de Zoologia of Universidade de São Paulo ( Brazil). Some of the colonies of M. corderoi collected north of Rio de Janeiro by the Hassler Expedition have smaller zooids (MCZ Hassler Box 33), more like those of Marcusadorea jamaicensis specimens, but colonies with large zooids (MCZ Hassler Box 36) as described by Marcus (1949) were also found. The Brazilian colonies found in MCZ collection ( Figures 1–6 View FIGURES 1–5 View FIGURES 6–11 ) lack avicularia and ovicells.

Other authors have already described further species with large zooids, raised peristomes, irregularly porous frontal shields, and raised lateral walls adjacent to the areolar pores, which we consider as the diagnostic features of the new genus Marcusadorea . The species M. tubulosa ( Canu & Bassler, 1928) differs from M. corderoi by having smaller zooids and suboral avicularia with curved spatulate mandibles; colonies in which suboral avicularia are lacking might be difficult to identify; however, colonies of Marcusadorea without avicularia may be distinguished by features of the peristome and orifice. Marcusadorea corderoi has an almost rounded secondary orifice at the end of the peristome in most zooids. In the other three species of the genus, the peristome of most zooids is incomplete; there is a characteristically proximally incomplete Ushaped slit in Marcusadorea jamaicensis n. sp., a broader proximal V-shaped to U-shaped gap in M. tubulosa , and a quadrangular to subtriangular one in M. efatensis ( Tilbrook, 2006) . 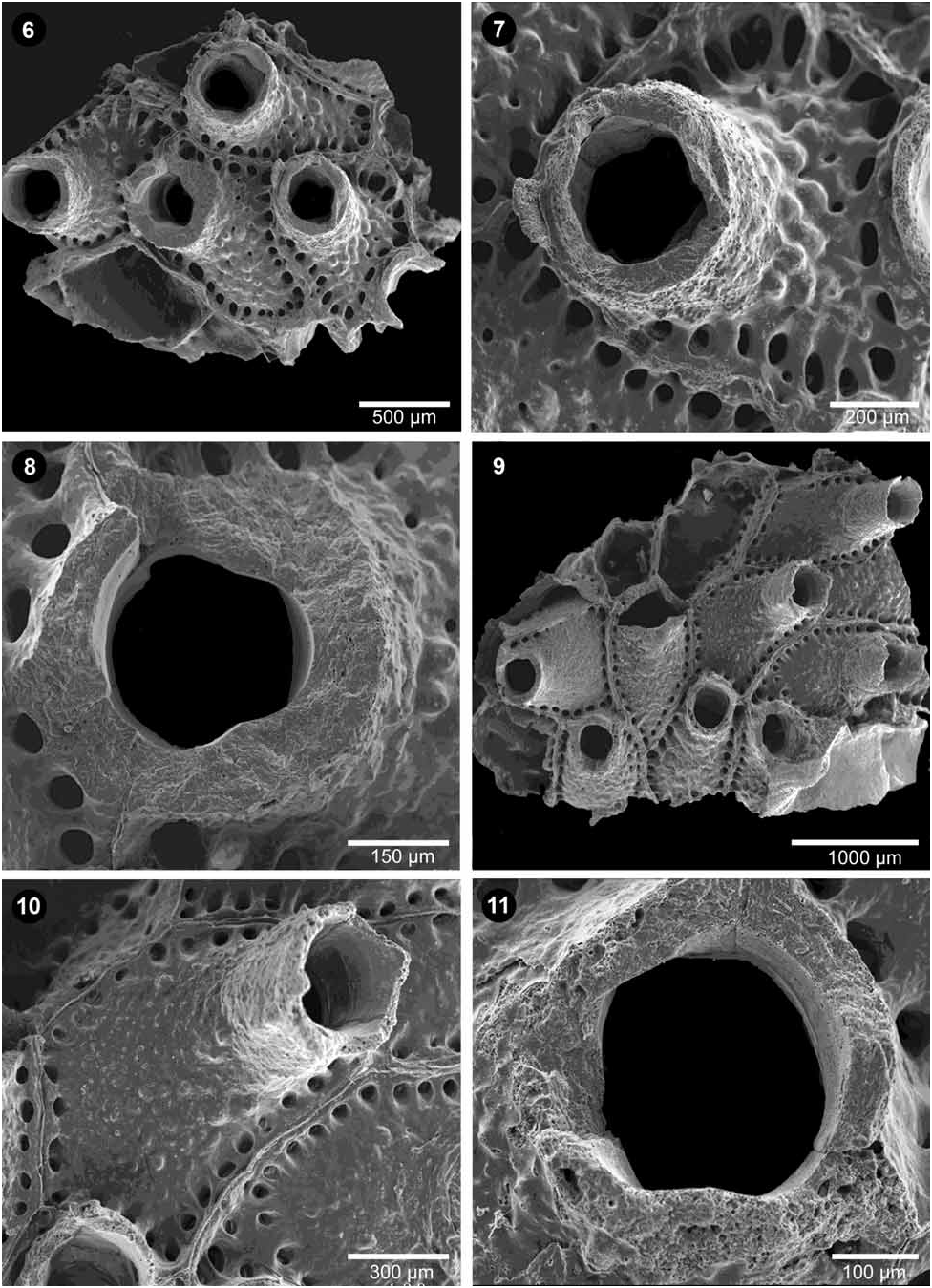 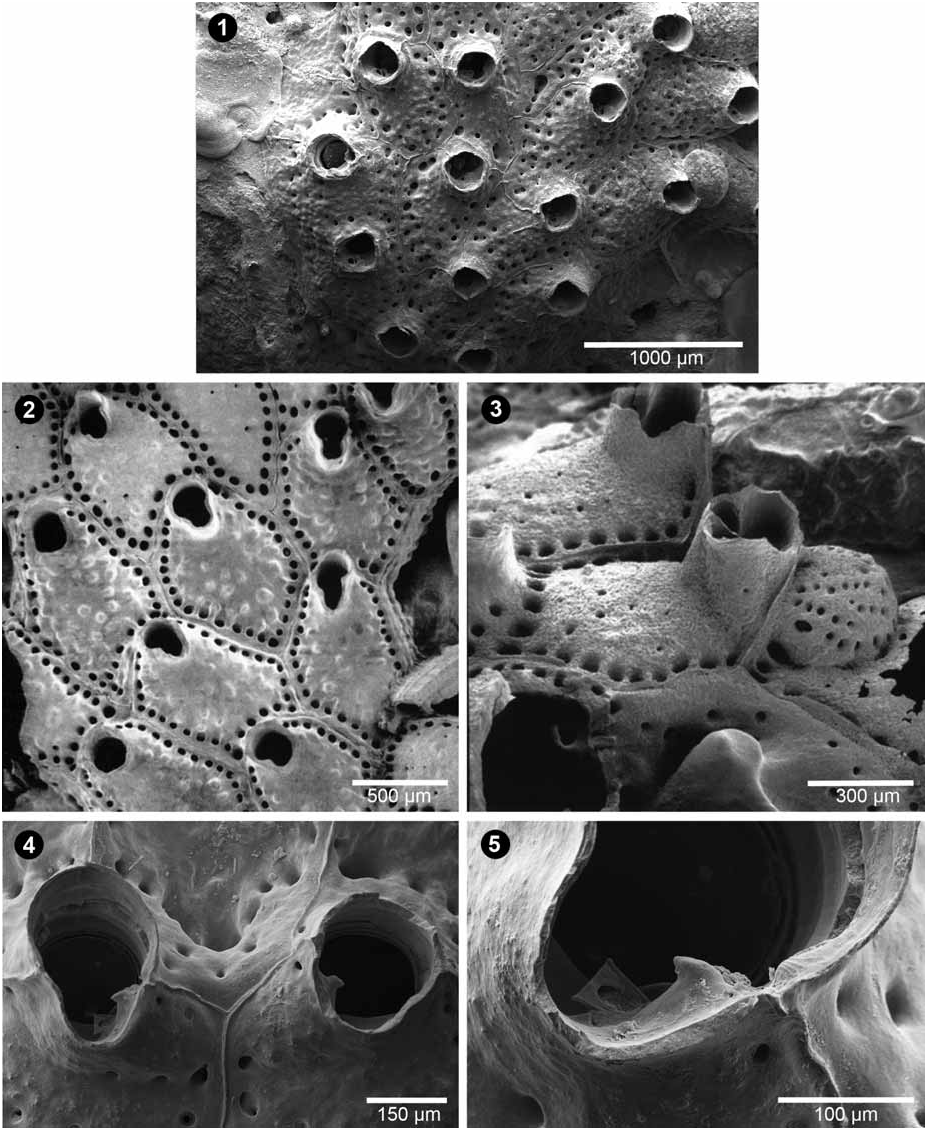