Female: Similar to male, except for the following features ( Fig. 7 View FIGURE 7 ):

Nymph. Nymphs are very similar to adults, with differences only in the coloration and in terminalia morphology ( Fig. 9 View FIGURE 9 ). Eyes brown. Scape turquoise blue. Head, dorsal and lateral body dark brown, becoming lighter in the abdominal segments. Dorsal region of the body with a yellowish longitudinal stripe with pink lines. Ventral region of thorax, trochanter, base of femora and apex of tibiae light green. Apical region of the femoral and tibial base brownish green. Space between the abdominal segments light pink. Ventral region of abdomen yellowish-green.

Etymology. The epithet is in apposition, caraguata   from the Brazilian indigenous Tupi language: kaá = plant + rákua = tip + atá = hard meaning “hard tipped plant”, being the regional popular name for bromeliads in Brazil. The name is a reference to the habitat of this katydid, found on bromeliads.

Habitat. The specimen was collected in a mountainous area called Serra da Jiboia ( Fig. 10 View FIGURE 10 ), in the municipality of Elísio Medrado, in the Brazilian state of Bahia, in the northern portion, west slope, located between coordinates 12º52’18.8”S – 39º28’54.3”W. Serra da Jiboia is a mountain massif of approximately 22,000 ha and extends across five municipalities in the Brazilian state of Bahia: Elísio Medrado, Santa Teresinha, Castro Alves, Varzedo and São Miguel das Matas. This area is an enclave of Atlantic Forest or Hygrophilous Forest surrounded by Caatinga, located within the semiarid domain ( Queiroz et al. 1996, Valente & Pôrto 2006). Much of its extension is dominated by the Atlantic Forest, which is continuous with the regions dominated by the Atlantic Forest to the east and south. However, it has other vegetation types in addition to the Atlantic Forest: Campo Rupestre in the summits, and Caatinga in the flatter areas to the north, in addition to several transitional areas ( Queiroz et al. 1996). It is above 500 m in altitude, the vegetation can be classified as Montana Ombrophilous Dense Forest. The   climate of the region is sub-humid tropical, transitional, hot, with an annual average temperature above 18 ºC, with annual rainfall between 800 and 1200 mm ( Queiroz et al. 1996).

Natural history notes. Specimens of Ibityraboia caguata   sp. nov. were found at night in areas of Atlantic Forest over thorny bromeliads ( Bromeliaceae   ), in the range of 1–2 m from the ground ( Fig. 11 View FIGURE 11 ). The specimens were usually on the underside of the leaves and at the slightest sign of danger, they hide in the inner concave part of the leaves, being completely hidden. It is likely that these katydids are hidden inside the leaves of bromeliads during the day, protected from predators by the extensive cover of thorns of these plants. 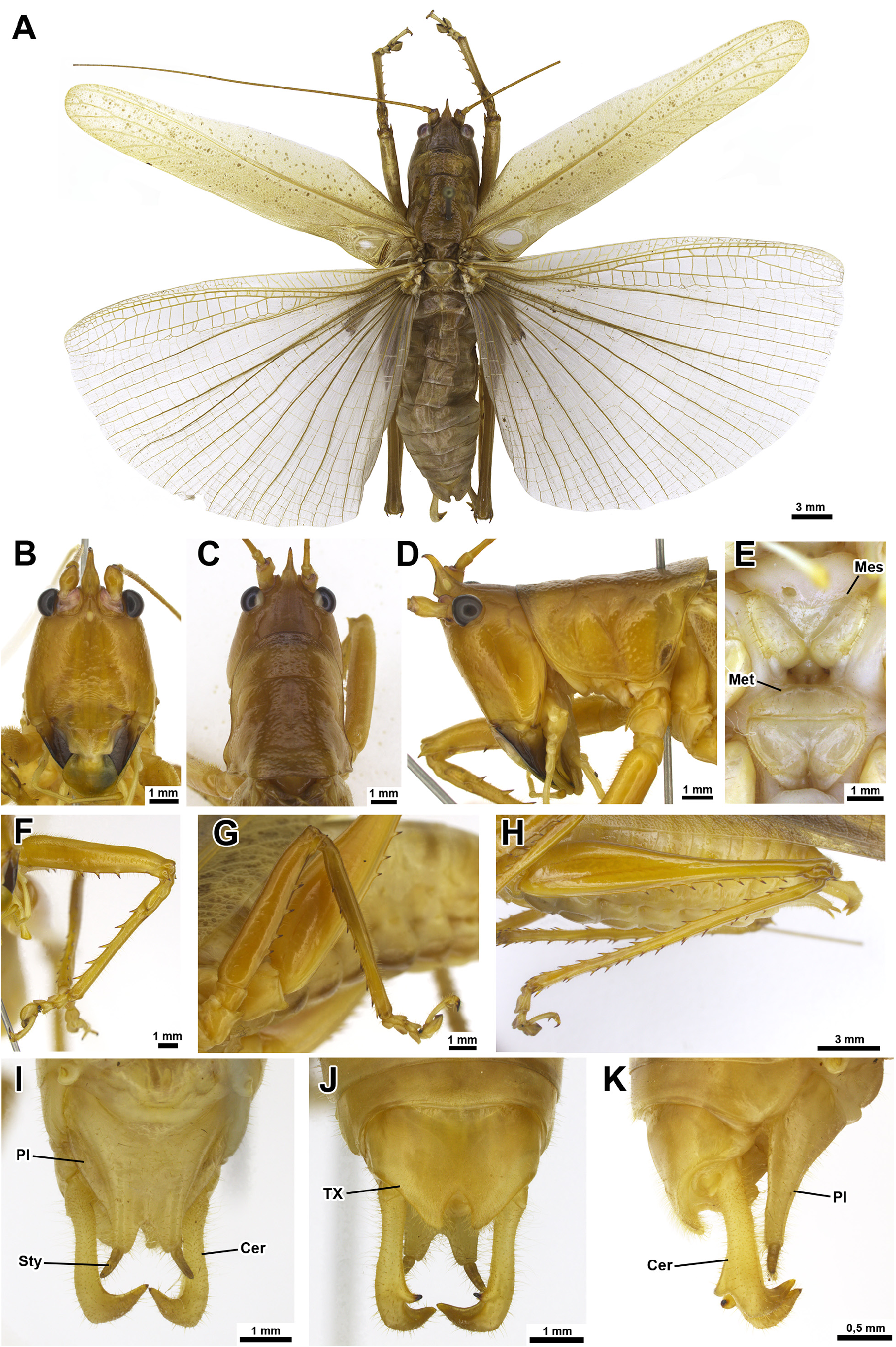 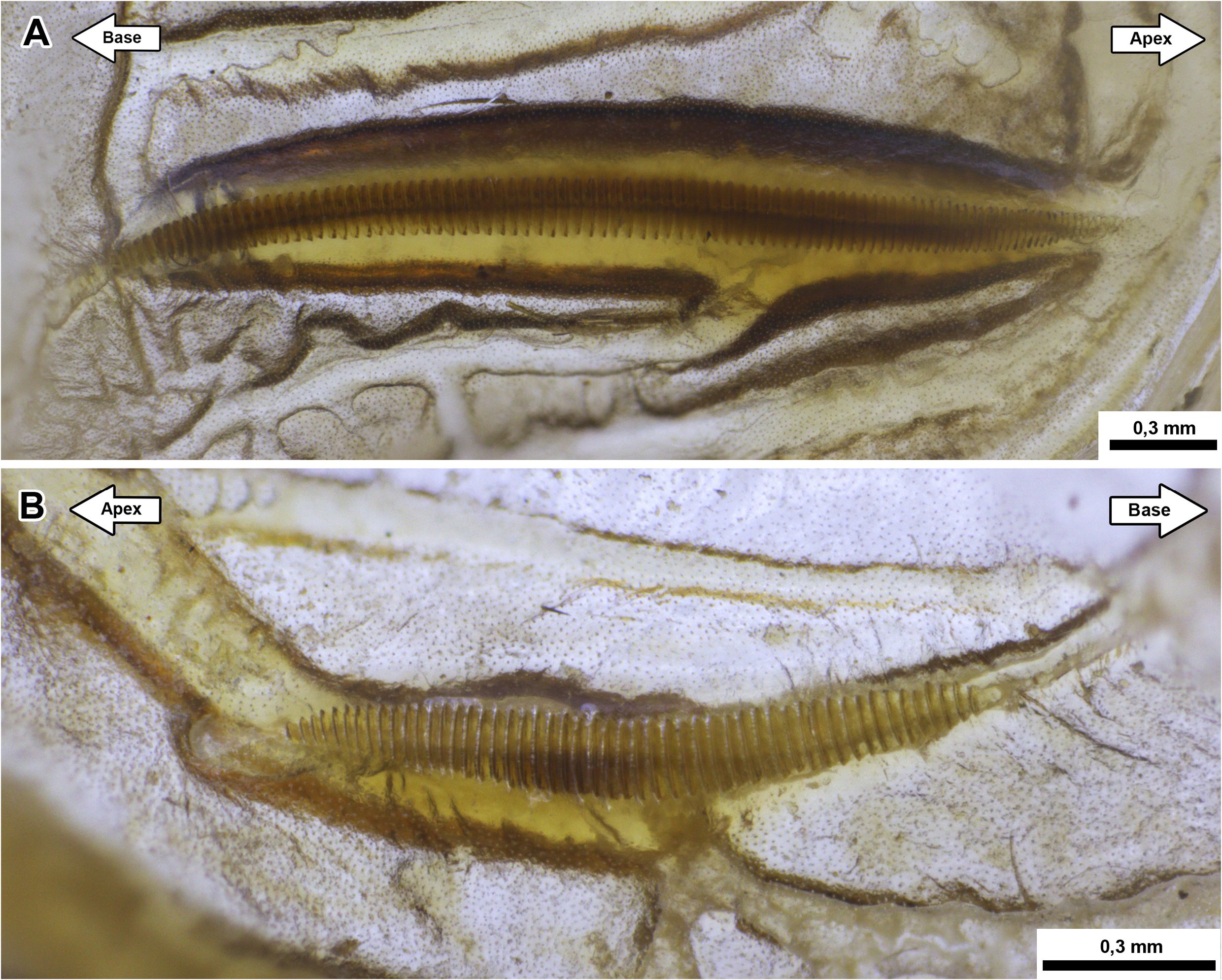 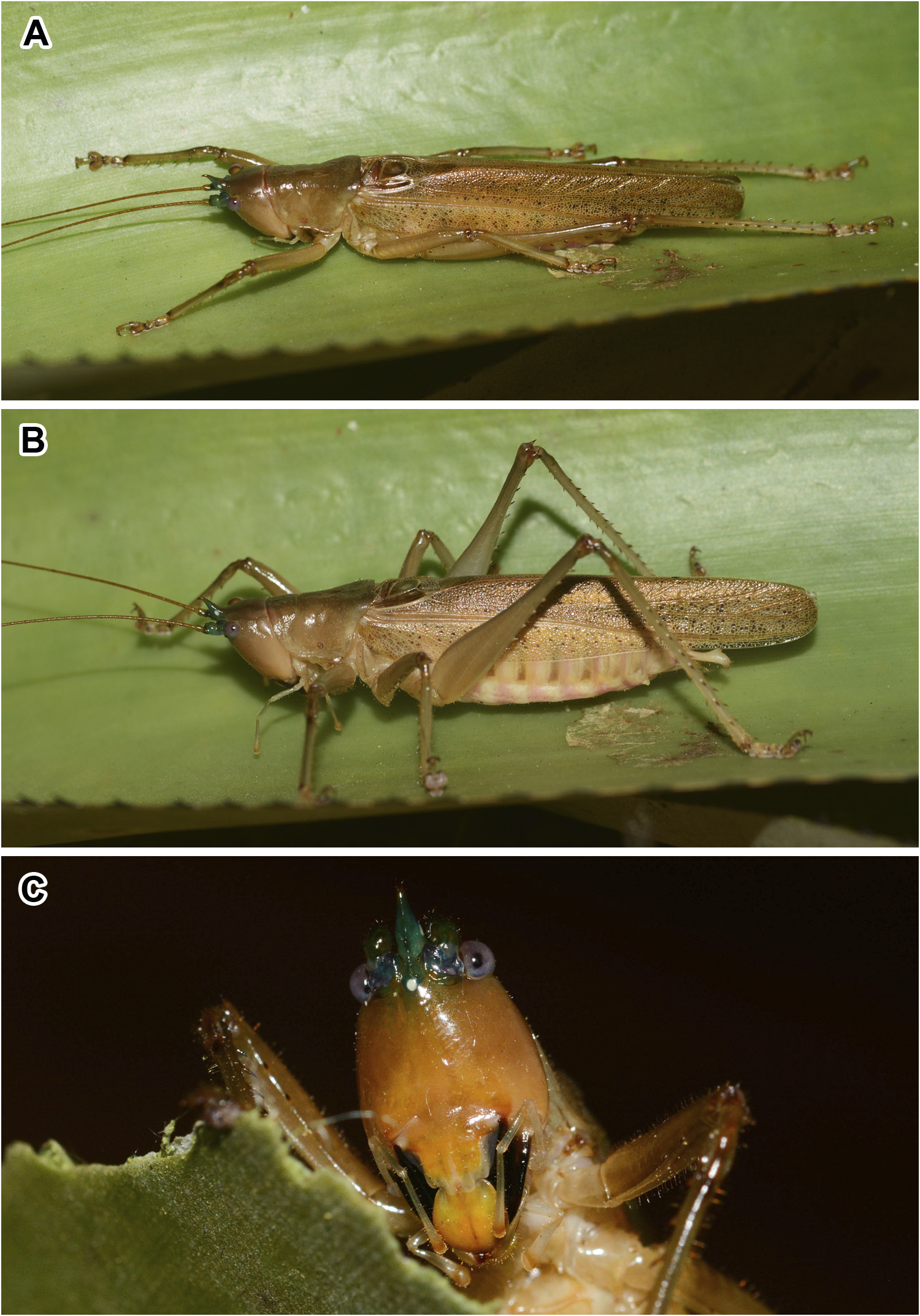 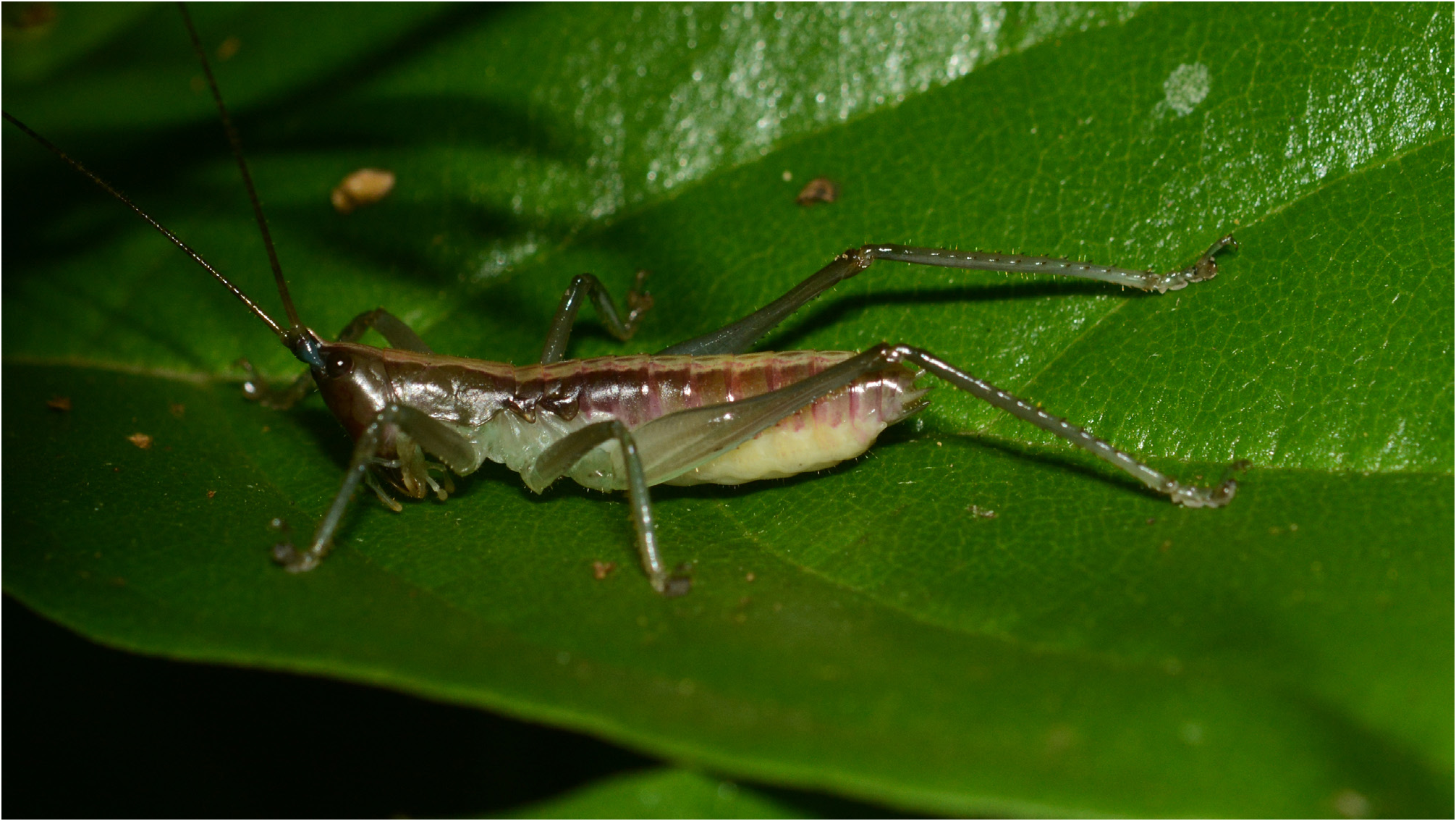