In southern France, at Marseille, only one genetic cluster of O. longicauda   exists according to our analyses and it is safe to assume that the whole population belongs to the same species. The specimen chosen as neotype is a female for the purpose of comparison with brooders. It was selected from the samples used in Boissin et al. (2011). As one of the larger specimens in our collection, it was chosen to demonstrate the superior size of this species compared to the brooders. The species reaches a size of up to 30 mm dd ( Stöhr et al. 2009) in the western population, but these large specimens are rare and none was included in the molecular studies. Most are well below 20 mm dd and the eastern population seems to stay slightly smaller with a maximum of 25 mm dd found ( Weber et al. 2014). Internal ossicles were taken from a smaller specimen because this is the most common and easily available size in all studied species. It is important to compare individuals of similar size, since most characters are size dependent.

The highest number of arm spines recorded for O. longicauda   is 10 and this character is only weakly correlated to size ( Stöhr et al. 2009). The radial shields are covered by granules in the majority of examined specimens of O. longicauda   in the western population ( Stöhr et al. 2009) and in all examined specimens of this species in the eastern population ( Weber et al. 2014), which makes this character fairly reliable to differentiate O. longicauda   from sympatric O. zibrowii   sp. nov., although specimens with covered radial shields have been found in the latter. The radial shields are a key character to distinguish these two species. In the intact animal, scales cover most of the radial shield, except for the domed distal area that becomes visible only after the radial shield has been isolated by dissociation of the skeleton in bleach. Granules are attached to all scales and to the unscaled part in O. longicauda   . Each small pore in this area probably indicates the position of a granule. They may be nerve openings but little is known about these. The shape of the radial shield is variable between individuals but the granule articulations are the same. The domed distal part is finer meshed than the remaining areas; in O. longicauda   it is not as well defined as in O. zibrowii   sp. nov., and it is oval instead of round as in O. africana   sp. nov. The large number and thickness of the dorsal arm plates are another character that distinguishes O. longicauda   from all other species, but in small specimens, there is a single plate on each arm joint. For further differentiation between species, see below. 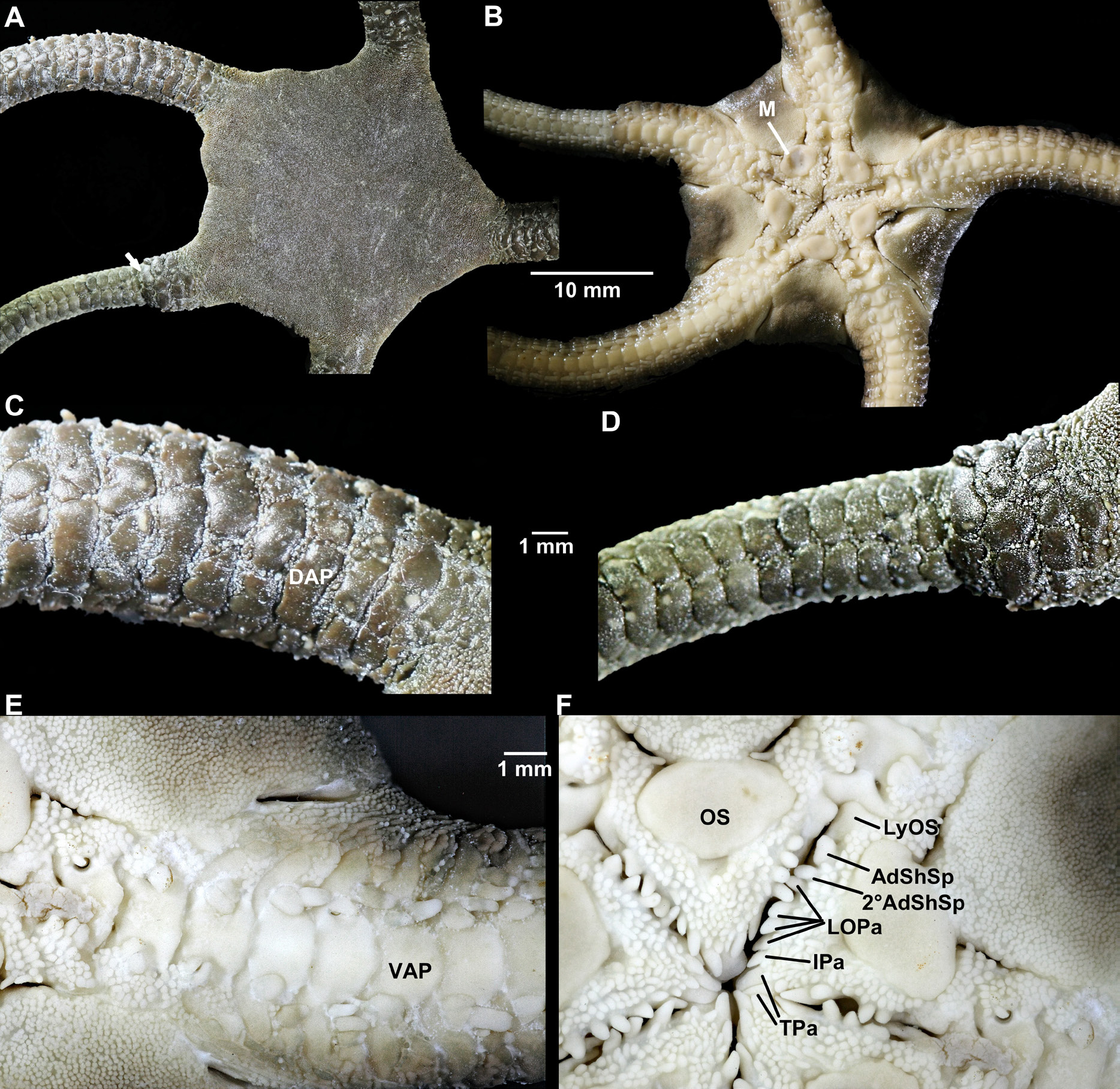 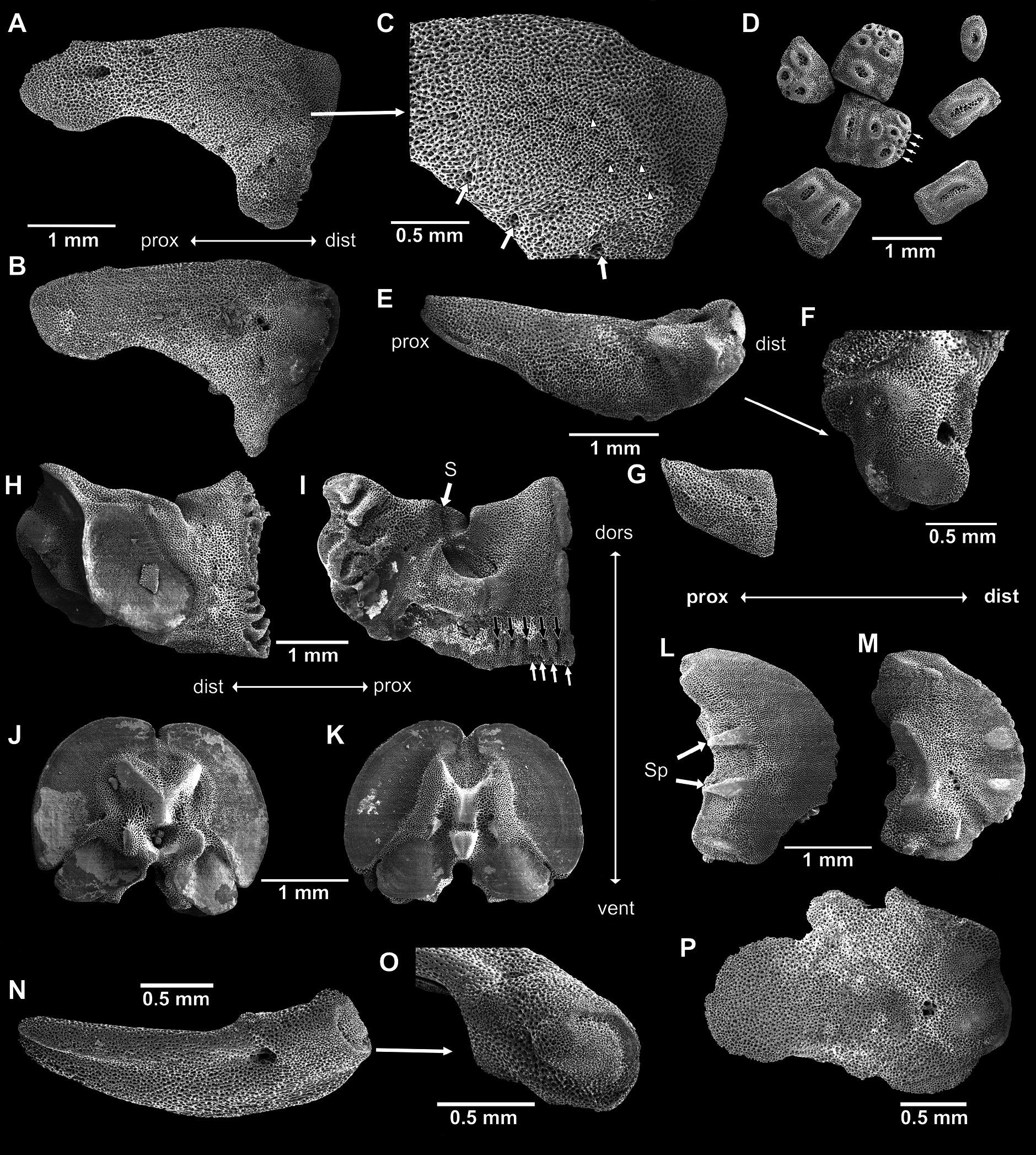