Material examined: Holotype and 4 paratypes were collected from moss sample in Terras do Pico, Pico Island. Three paratypes were in molting stage with eggs in the exuviae.

Specific diagnosis: Cuticle with about 20 indistinct undulations and some small gibbosities (irregular in shape and more evident in caudal part of the body); tubercles and other cuticular designs absent; eyes present; buccal tube rigid and narrow with short ventral lamina; pharyngeal bulb with large apophyses and two macroplacoids; microplacoid and septulum absent; claws well developed with small accessory points on main branches; external claws with enlarged bases; claws of hind legs shorter than those of other legs; very small lunules at the base of claws present; other cuticular thickenings on legs absent.

Description of the holotype: Body length 312 μm, colorless; eyes present; cuticle with about 20 transversal undulations and some small, indistinct, and irregular in shape gibbosities (more evident in the caudal portion of the body) ( Fig. 3 A View FIGURE 3. A – E ); other cuticular designs absent; gibbosities and tubercles on legs absent.

Remarks: Paratypes are similar to holotype in both qualitative and morphometric characters. Presence or absence of eyes could be a variable character. Actually, in one paratype (paratype 2) eyes are not visible, in another one (paratype 4) they are very conspicuous.

Measurements of paratypes showed that the claws of the hind legs are slightly shorter than claws on the other legs ( Tab. 2 View TABLE 2 ).

Measurements of examined specimens are given in Table 2 View TABLE 2 .

The new species differs from D. maranguensis   ( Figs. 4 A, C View FIGURE 4. A – C ) in the absence of small cuticular tubercles, in having claws of the fourth pair of legs slightly shorter than those of the other pairs of legs and presence of lunules.

D. picoensis   sp. nov. differs from D. macrodon   ( Figs. 4 View FIGURE 4. A – C D, F) in having no color (yellowish in D. macrodon   ), in having some indistinct gibbosities and clearly different buccal armature (thin dorso-lateral and ventro-lateral transversal ridges, one dorso-medial tooth, and one ventro-medial tooth are present in D. picoensis   sp. nov., while in D. macrodon   also an irregular ring of teeth anterior to the median teeth are present); the new species differs from D. macrodon   also in having claws of the hind legs slightly shorter than those on other pairs of legs.

Including the present study, 17 species of tardigrades are known for the Azores ( Tab. 3). Five species (29.4 %) are endemic according to current knowledge: Diphascon faialense Fontoura and Pilato, 2007   ; Bryodelphax atlantis Fontoura et al. 2008   , Echiniscus azoricus Fontoura et al. 2008   ; Macrobiotus almadai   sp. nov. and Doryphoribius picoensis   sp. nov. Up to now only three of the nine islands of the Archipelago have been poorly examined and it is very probably that the number of speciess of tardigrades on these islands will be much higher. 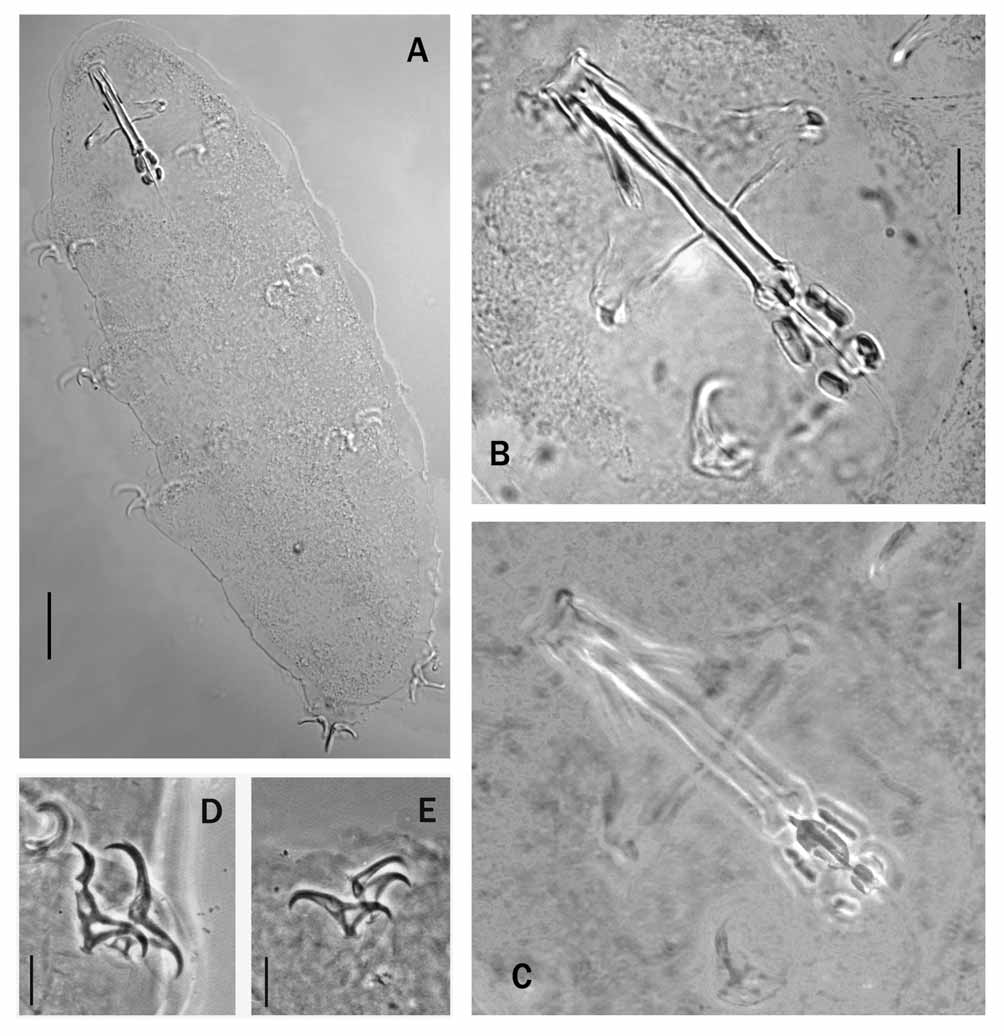 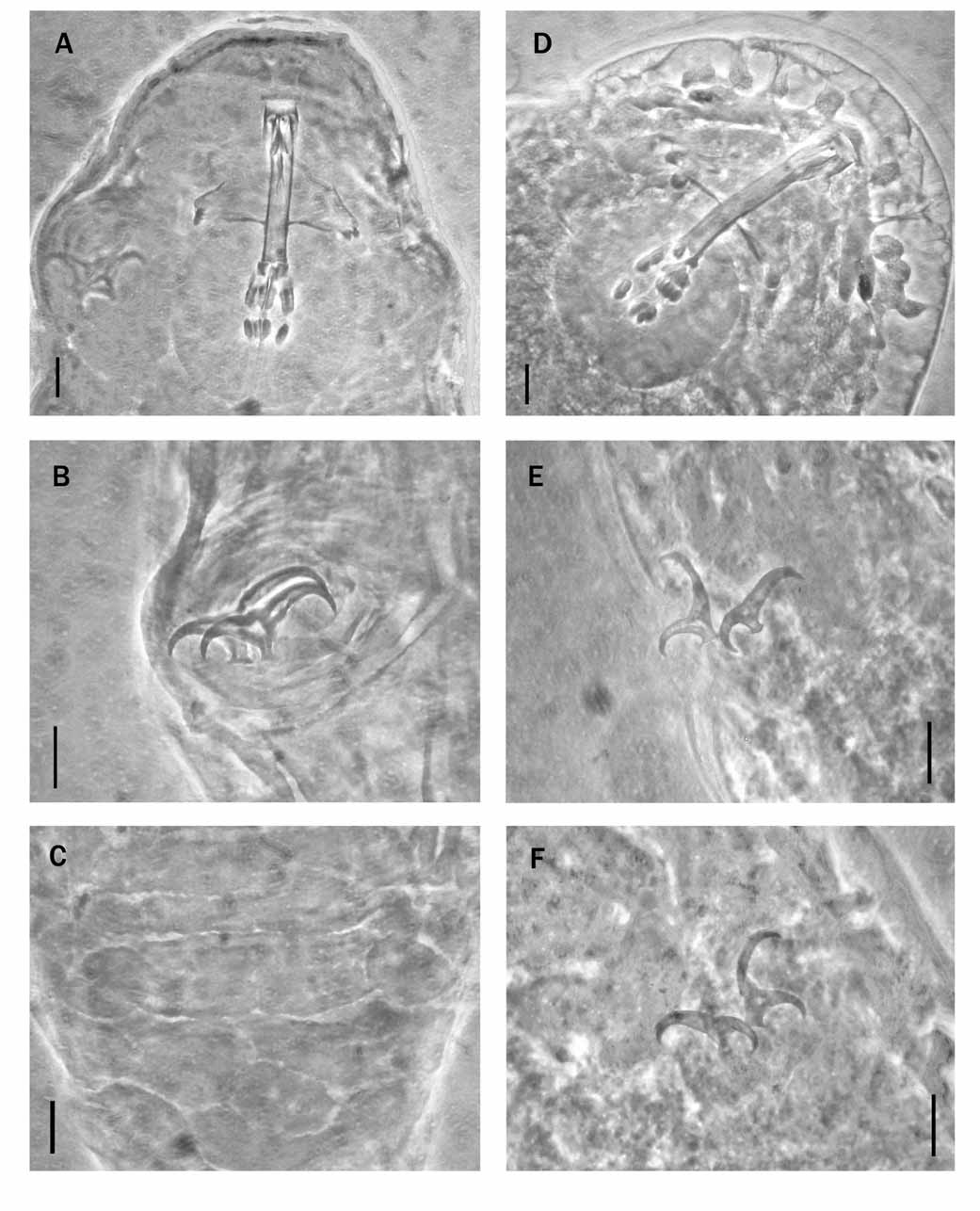 TABLE 2. Dimensions in µm and pt values of some structures of the studied specimens of Doryphoribius picoensis sp. nov.