The specific epithet refers to the main colour of this species (dark orange).

This species has been found at three localities in the Wézé Basin ( Table 1 View Table 1 , Fig. 1 View Fig ) and never elsewhere. The species seems to be endemic to this hydrographic basin. It lives only in very small forest streams and water holes, often with a bottom consisting of roots and dead leaves, where it can be very abundant. In the southern-most locality, it was found hidden under dead leaves along the river banks in a 2 metre wide river with a sandy bottom. This species was found in syntopy with three undescribed species of Aphyosemion , Epiplatys and Plataplochilus . 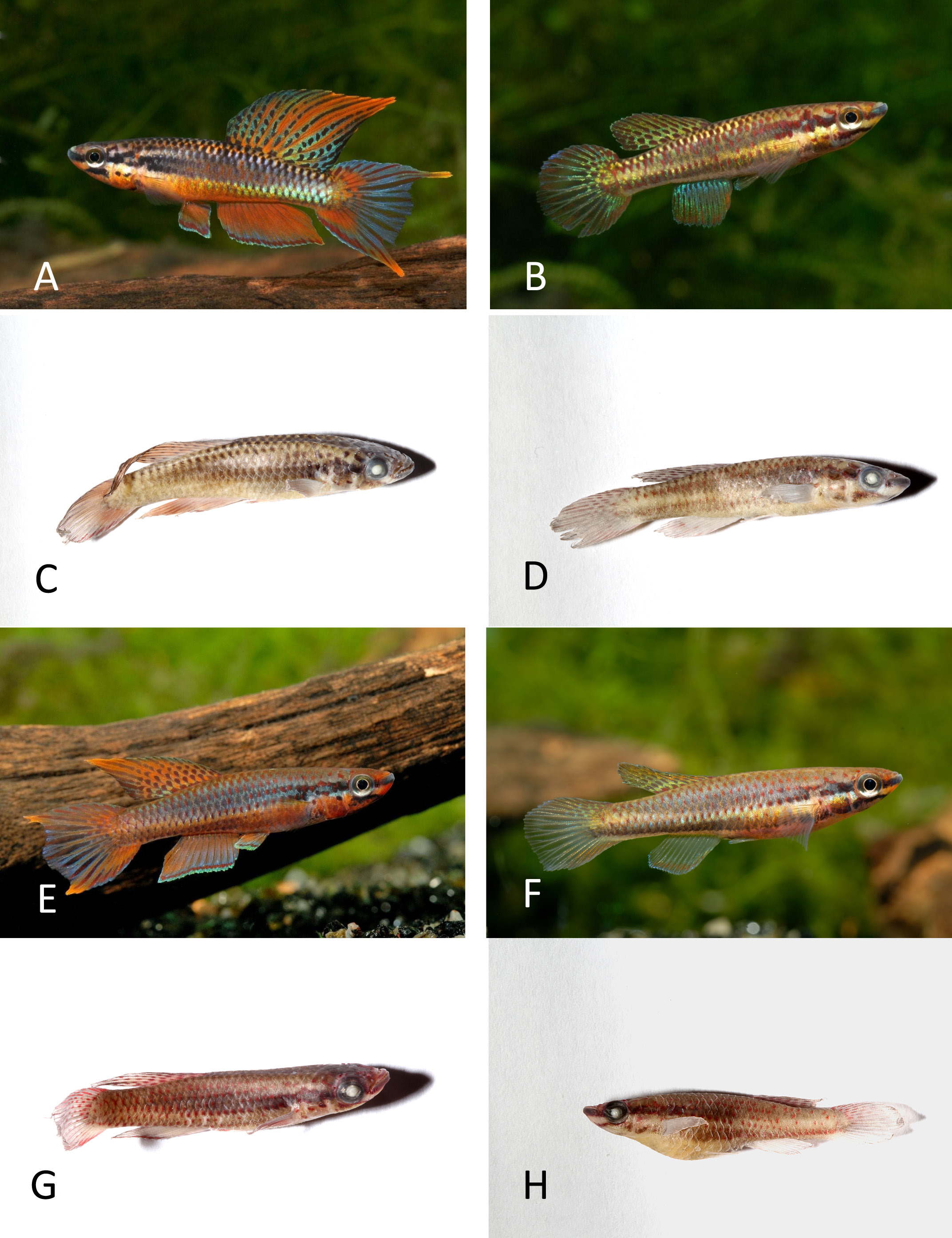 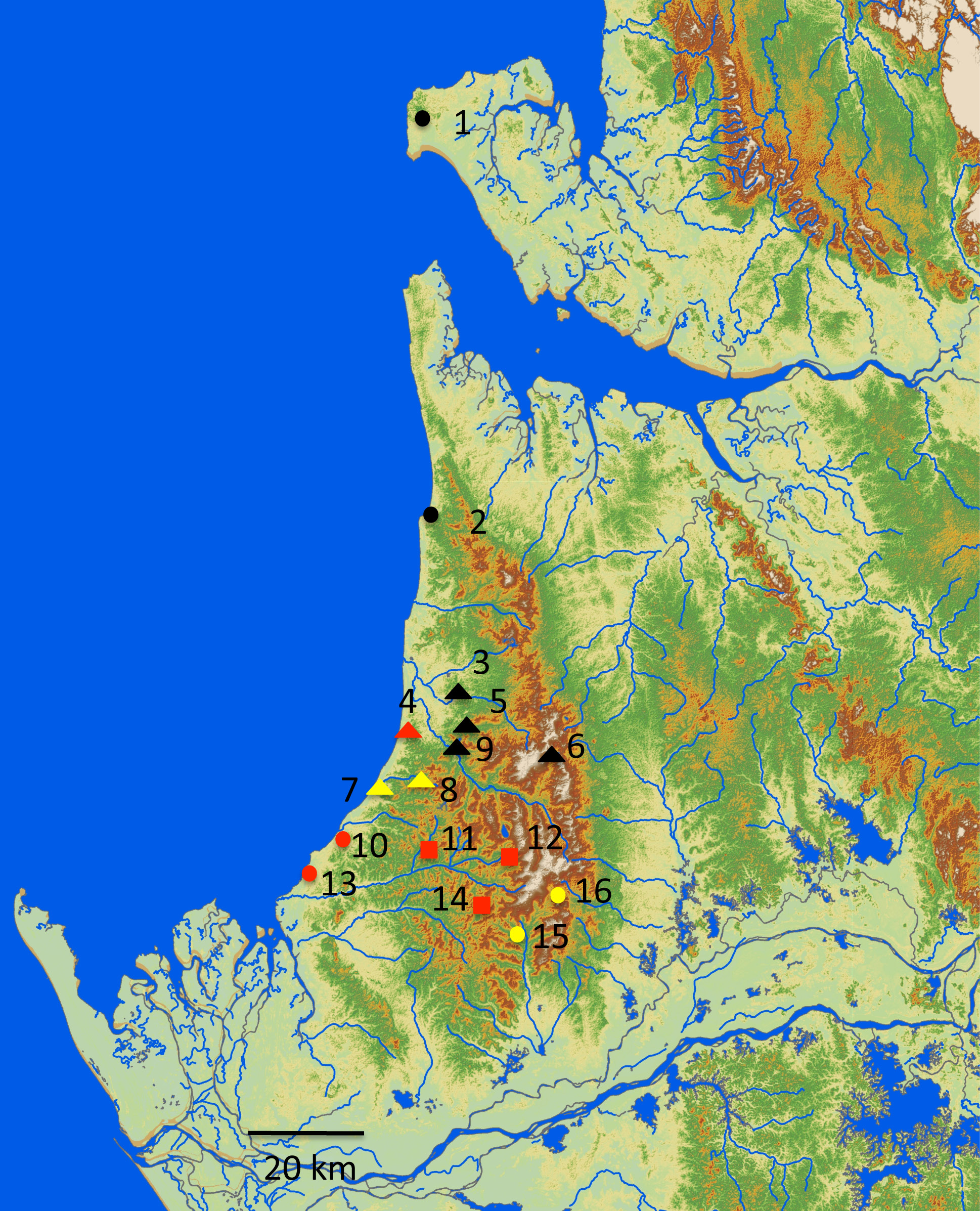