Diagnosis. Both sexes of C. penedentatus   are distinctive and unlikely to be confused with any of the other species in the consocius   group. The male is diagnosed by its elongate patellar apophysis (as long as the width of the patella) with very few peg setae ( Fig. 43 View FIGURES 42–45 ) as well as the posteriorly directed basal flange, longitudinal ventral keel, and acuminate slightly twisted tip of the proximal arm of the tegular apophysis ( Figs 44–45 View FIGURES 42–45 ). The female is diagnosed primarily by the very small, transverse, medially located atrium ( Figs 46–47, 49–50 View FIGURES 46–51 , 52 View FIGURES 52–54 ) and secondarily by the membranous copulatory ducts extending contiguously or in close proximity from the atrium to the anterior margin of the vulva before diverging and heading laterally and posteriorly to merge with the spermathecal heads and stalks ( Figs 47–51 View FIGURES 46–51 , 53–54 View FIGURES 52–54 ). 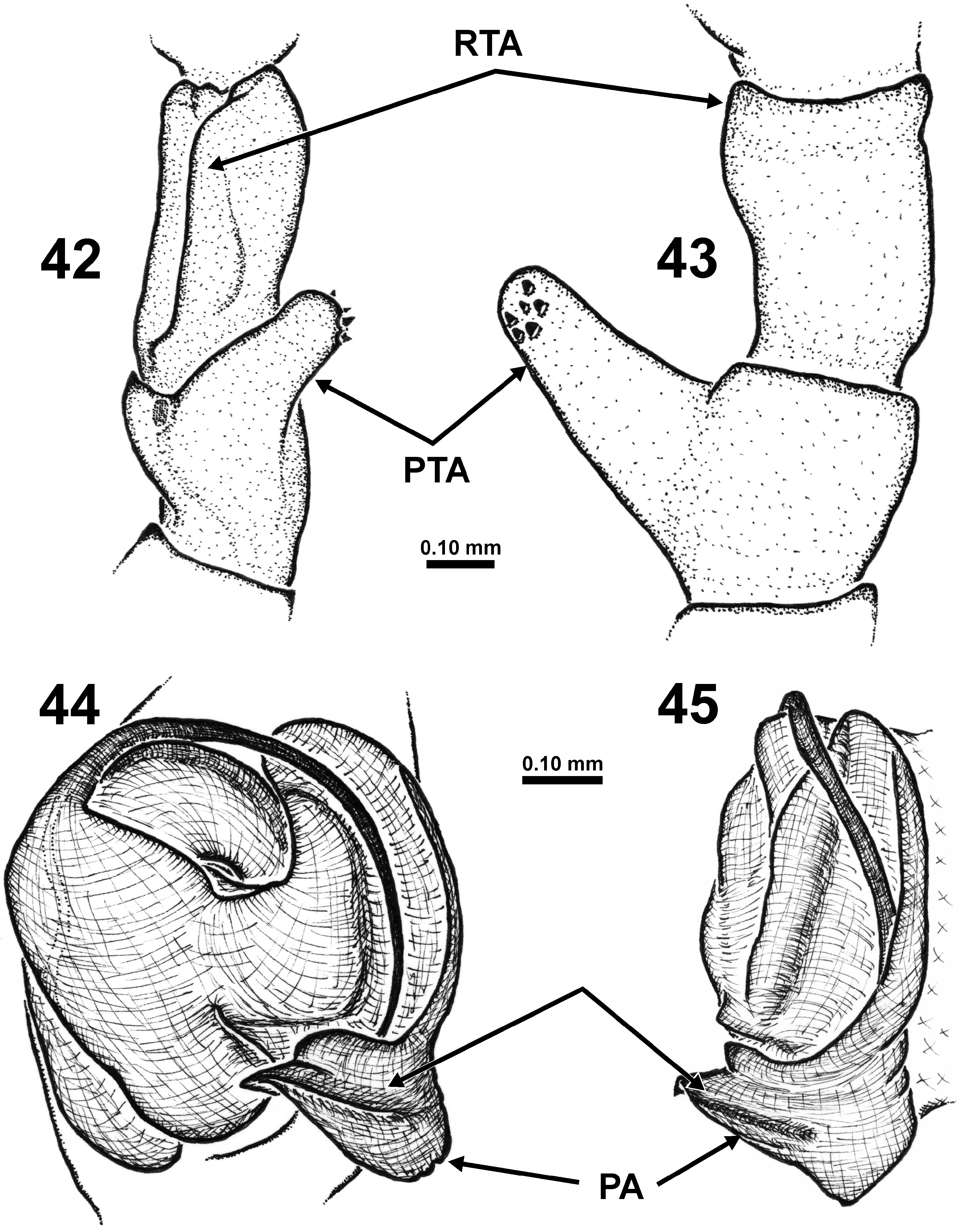 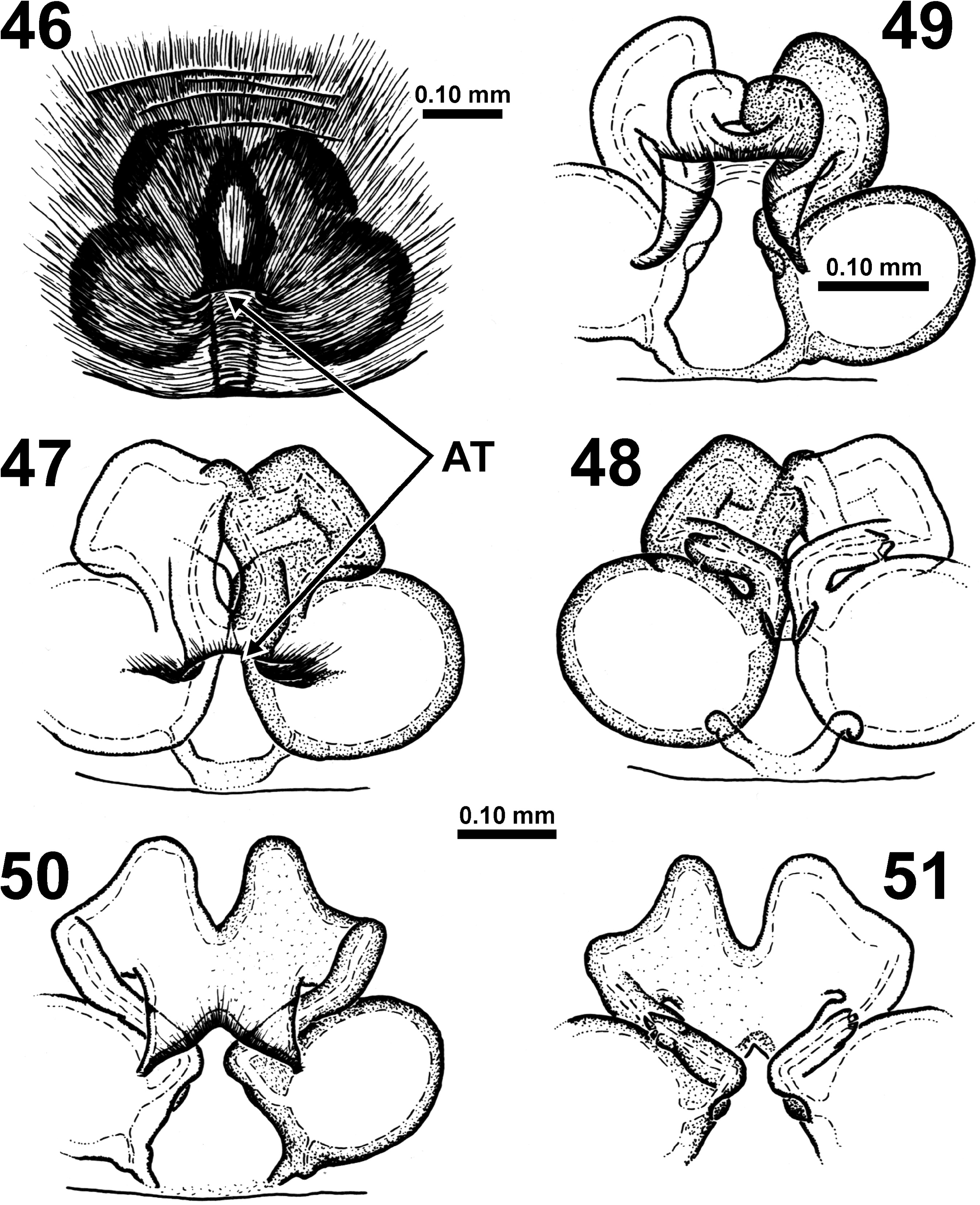