The Guineo-Congolian genus Smeringopina   is highly diverse in Central Africa but only eight species are known from West Africa ( Huber 2013; Fig. 32 View Figs 31 - 32 ). Most species belong to one of the two endemic West African species groups, the guineensis   group and the ankasa   group ( Huber 2013); only S. beninensis Kraus, 1957   is a notable outlier of a group otherwise restricted to Central Africa. 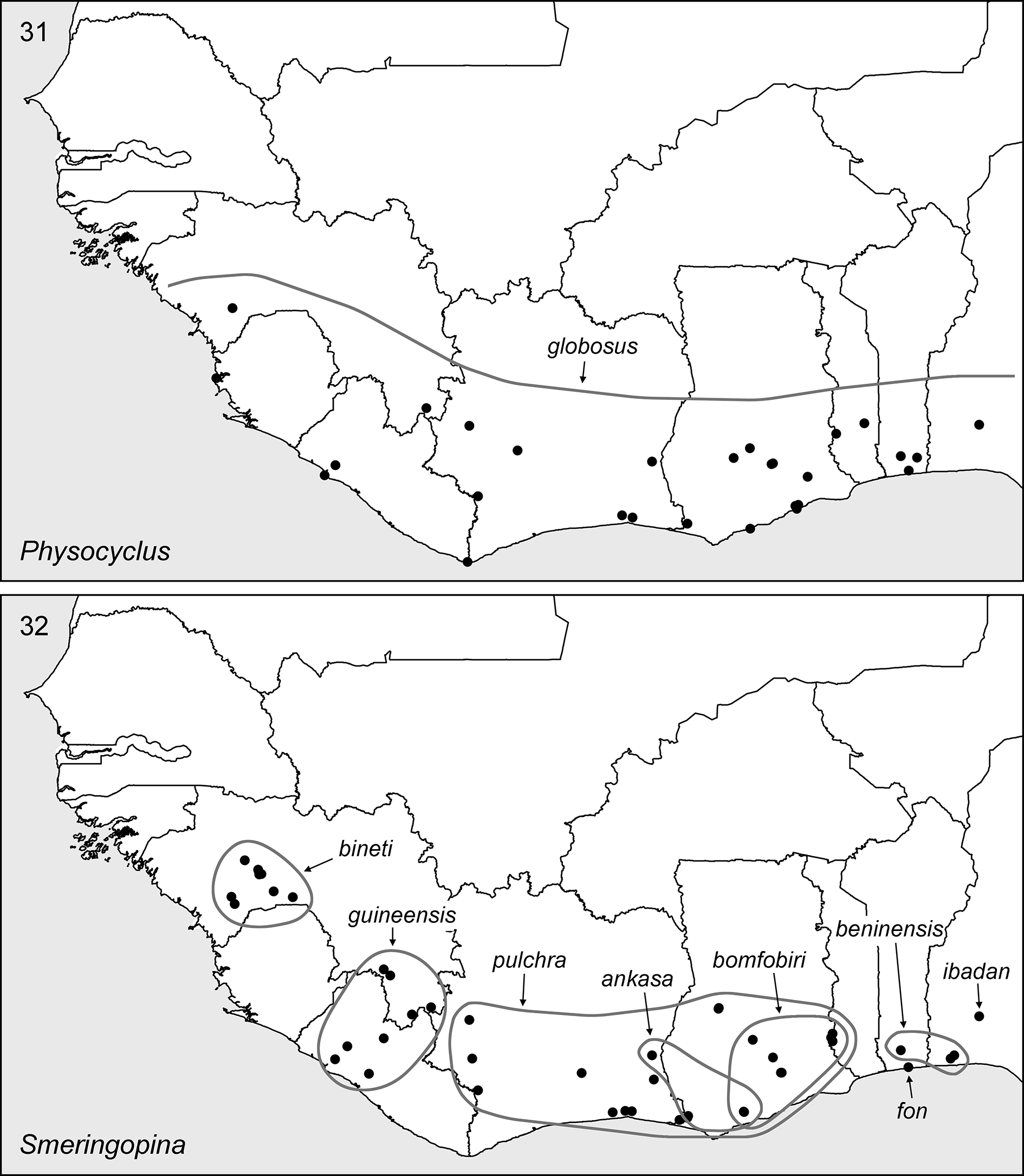